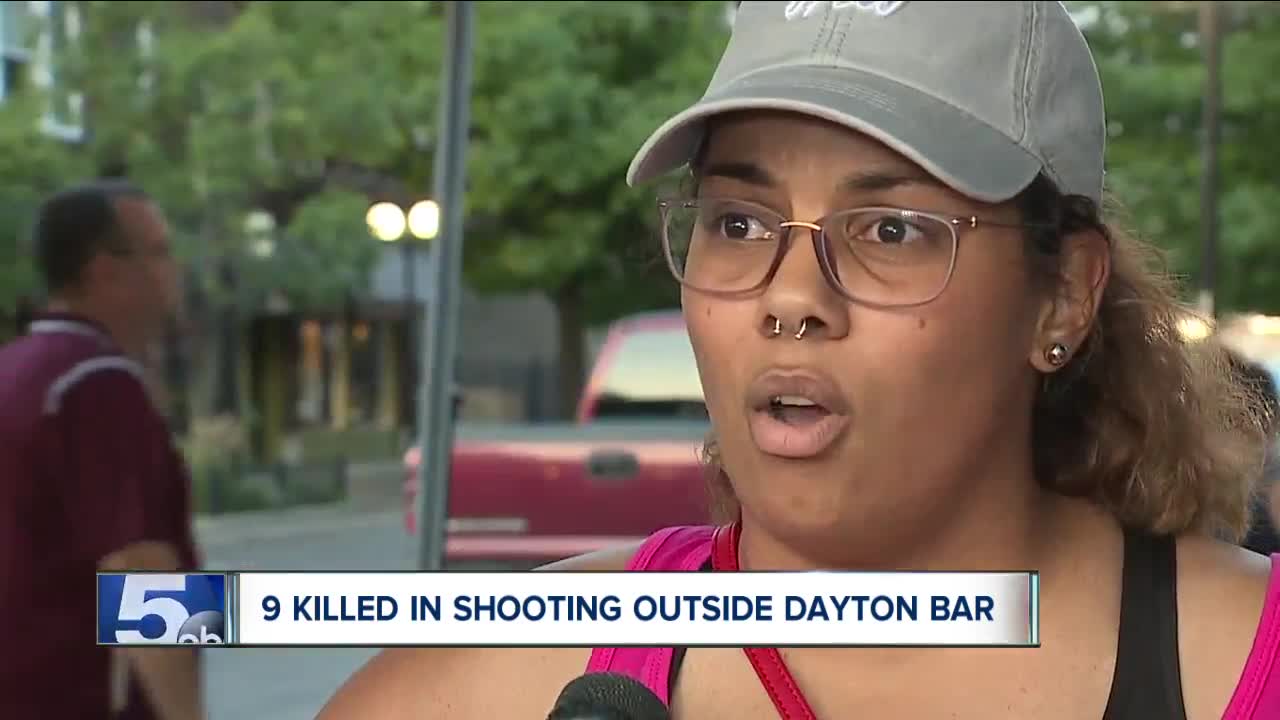 Nine people were killed and at least 27 people were injured Sunday in a shooting in a popular nightclub district of downtown Dayton, Ohio, police say. 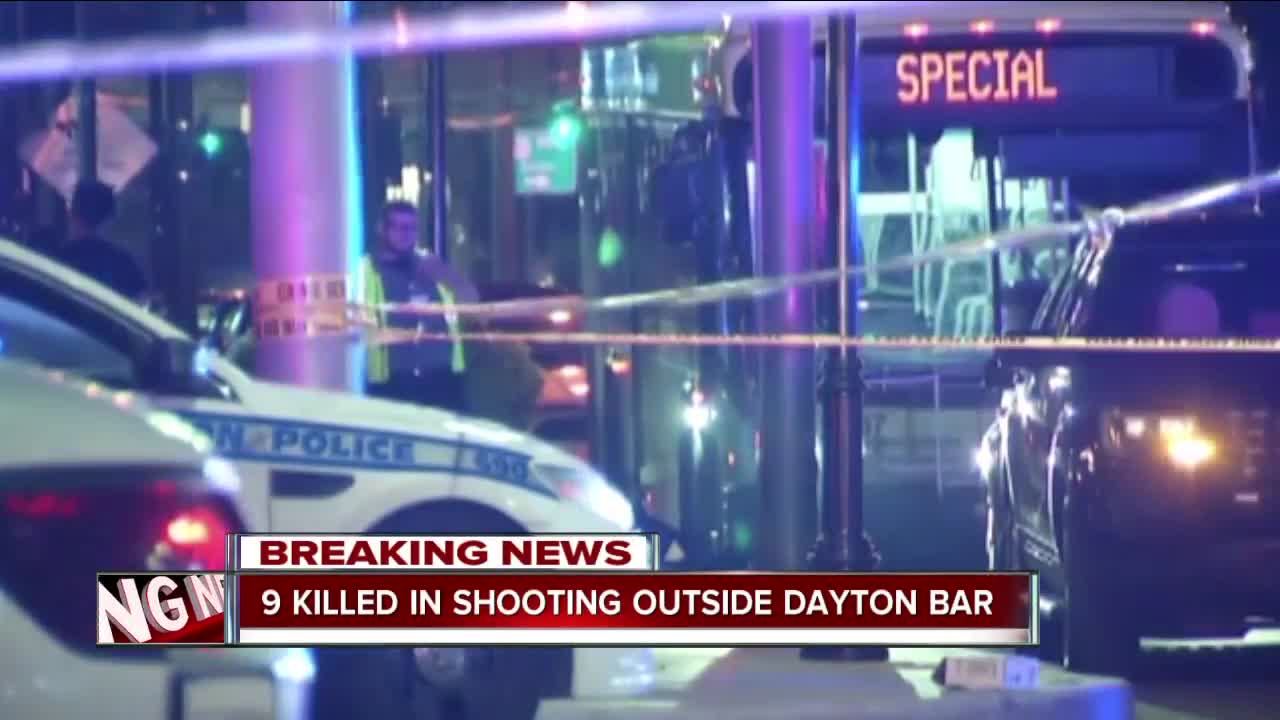 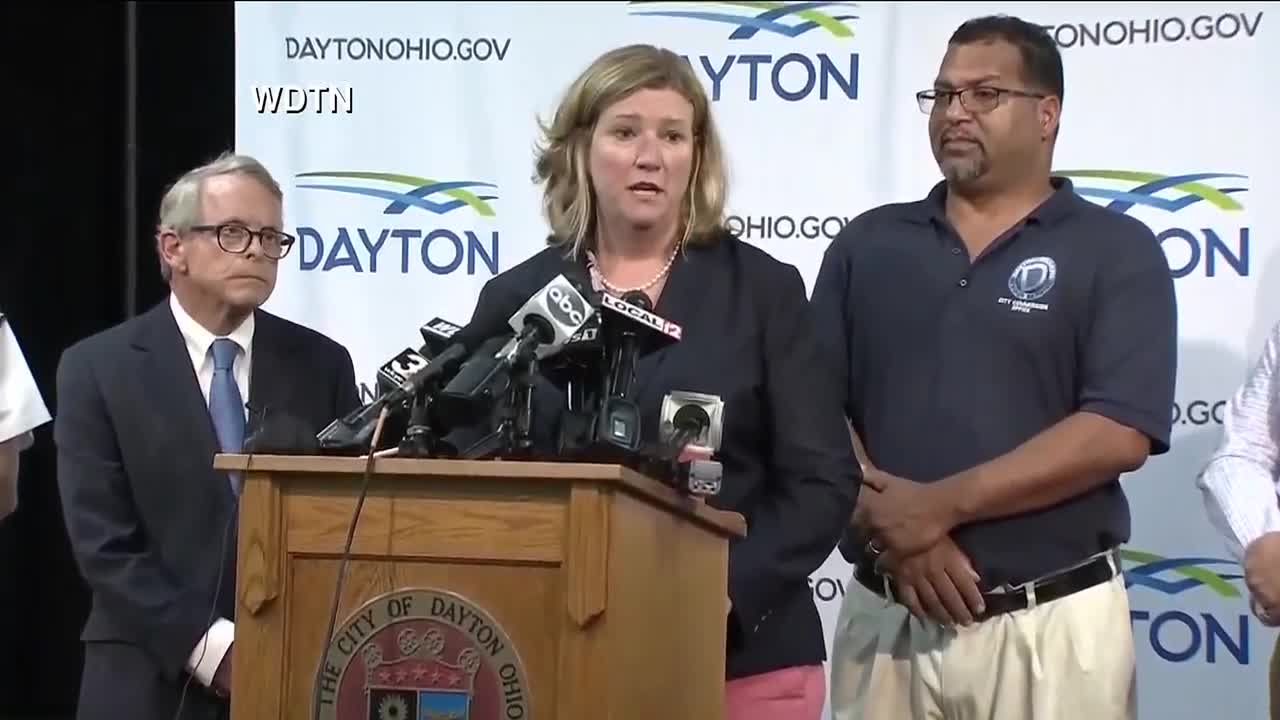 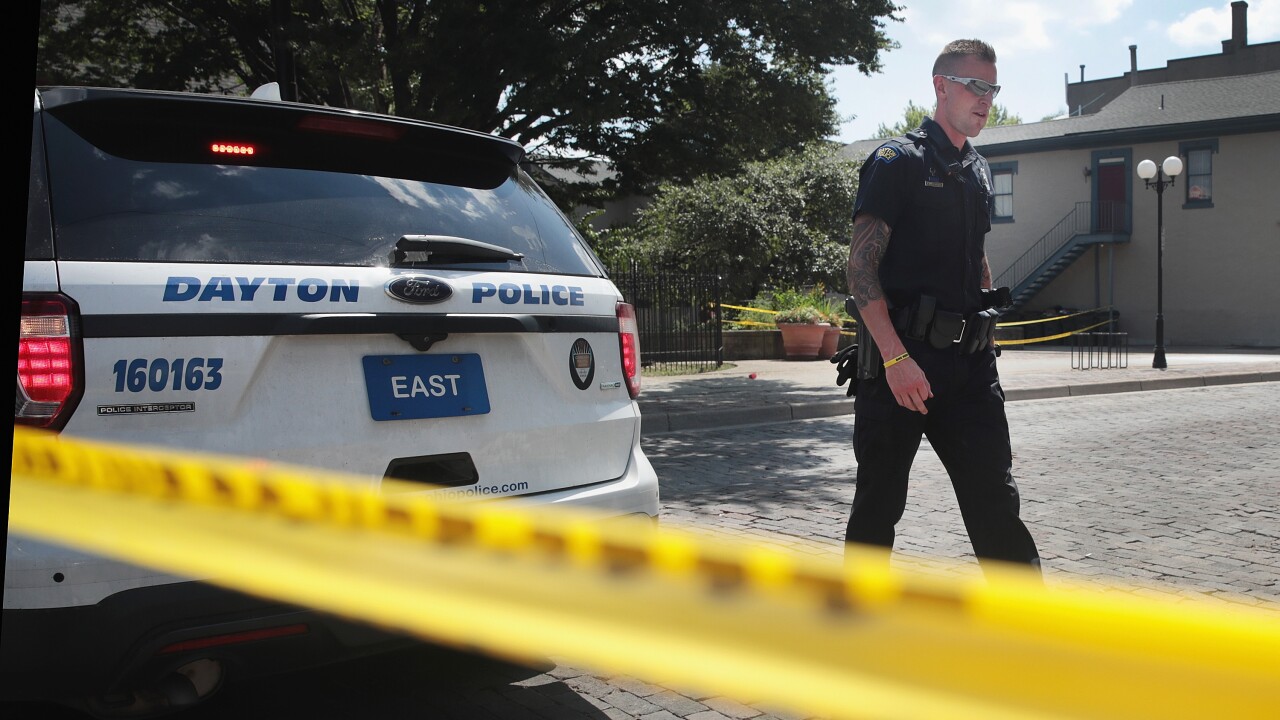 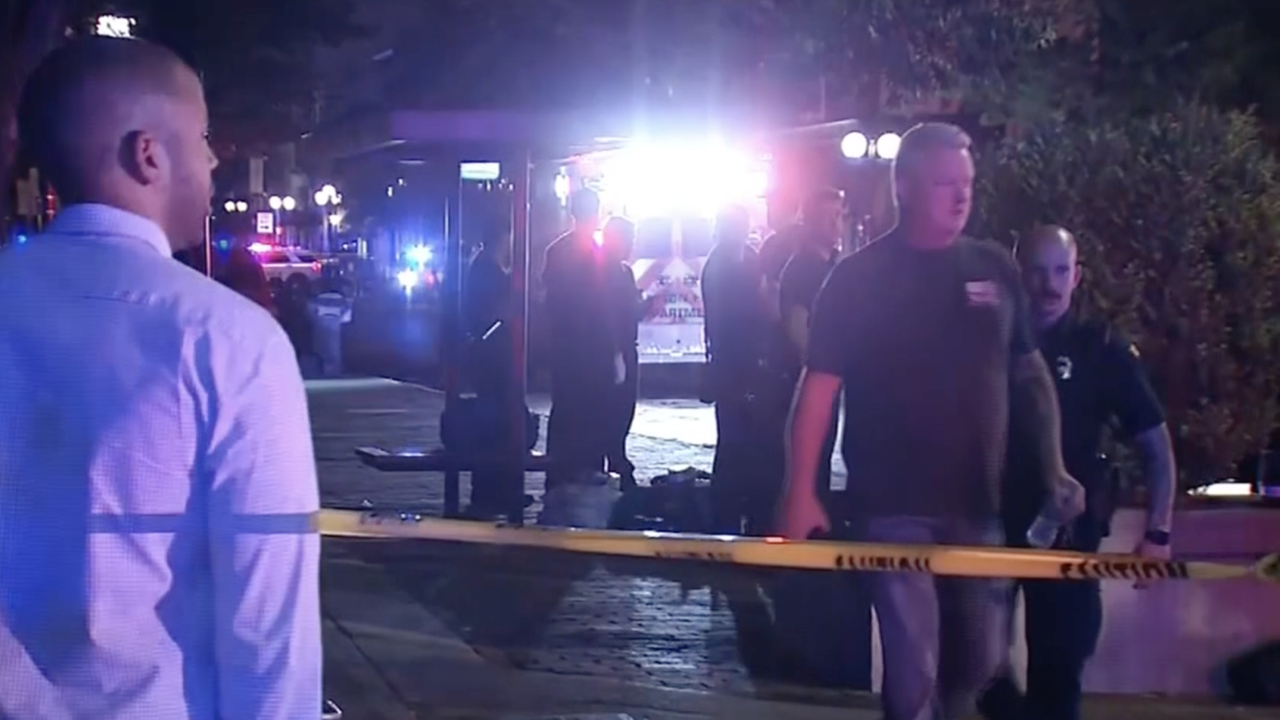 DAYTON, Ohio — Nine people were killed and at least 27 people were injured Sunday in a shooting in a popular nightclub district of downtown Dayton, Ohio, police say.

Officers killed the lone suspect, later identified as Connor Betts, 24, after he fired dozens of shots in less than a minute from a ".223 high-capacity" gun, and he had additional magazines with him, Mayor Nan Whaley said. The .223 caliber is used in rifles like the AR-15 assault rifle used in previous mass shootings.

The 27 victims who were injured were all transported to nearby hospitals.

Officers on patrol heard gunshots and immediately responded, according to authorities.

Someone from Ned Peppers grabbed the barrel of the rifle, and Betts "picked up a handgun and was willing to continue shooting," Decker said, when police arrived and killed him.

Betts was wearing body armor and a mask.

No officers were injured, Carper said.

"In less than one minute, Dayton first responders neutralized the shooter," Whaley said.

In a press conference authorities said six officers were able to find Betts within 20 seconds of his first shot and stop him 10 seconds after that.

"The question has to be raised, why does Dayton have to be the 250th mass shooting this year?"

Police believe that Betts acted alone and that there is no remaining threat to the community, but the investigation is ongoing, Carper said, and the FBI is assisting. The motive for the shooting is also being investigating and is not yet clear.

Anyone with video or social media from the shooting can post them to the FBI's website dedicated to this incident.

The city of Dayton and The Dayton Foundation have created the Dayton Oregon District Tragedy Fund. The organization is accepting funds to help people impacted by this tragedy.

'Bodies all over the place'

Graham Hunter, 24, of Dayton said he and four friends arrived just as the incident was over and immediately came upon the body of the shooter outside.

"Everyone was panicking and running around," Hunter said. "After the shooter was dead, everyone was just crying and stuff," and he saw "bodies all over the place."

A police officer told him and his friends to go into Ned Peppers.

He said he and his friends consider the area a safe, fun place to hang out on weekends, where many people walk around outdoors and enjoy patios at restaurants and bars.

The district will be open Sunday afternoon, the mayor said.

A vigil is planned for 8 p.m. at a location to be named.

A deadly end to a deadly week in America

The shooting in Dayton was the fourth similar incident across the country in the past week. At least 34 people were killed in total.

Saturday morning In El Paso, 20 people were killed and 26 injured when a gunman opened fire at a shopping center. Authorities are investigating a racist, anti-immigrant scree they believe was posted by the suspect.

RELATED: The El Paso shooting is being treated as a case of 'domestic terrorism,' US attorney says

He has been identified by three sources as Patrick Crusius, a 21-year-old white man from Allen, Texas.

Tuesday in Mississippi, a shooting at a Walmart left two employees dead and a police officer wounded.

On July 28, when a 19-year-old man wearing tactical gear opened fire at at the Gilroy Garlic Festival in California, killing three people, including two children.

Hospitals respond to influx of wounded

The mayor said 27 people were treated at hospitals and 15 had been released by about 10 a.m. ET Sunday.

Elizabeth Long, spokeswoman at Kettering Health Network, which operates several Dayton-area hospitals including Kettering Medical Center and Grandview Medical Center, said 13 people were taken to three of the network's hospitals, many with gunshot wounds to the "lower extremities."

At least one person was shot in the abdomen, and at least two people were taken into surgery. She did not give an age range for the injured.

Most of the injuries were gunshot wounds, but there were others, like cuts received while people were fleeing the scene.

"At this point, we can say we've had one critical, four admitted, none have gone to surgery," Marriott said.

Most people arrived via ambulance or police car, but several others arrived on foot or by personal vehicle later, Marriott said.

A country in mourning

Gov. Mike DeWine said in a statement that he was "absolutely heartbroken" and ordered flags flown at half-staff.

DeWine commended Dayton Police and first responders for their bravery and quick response, and offered prayers to the victims.

“Fran and I are absolutely heartbroken over the horrible attack that occurred this morning in Dayton. We join those across Ohio and this country in offering our prayers to victims and their families,” DeWine tweeted.

US Rep. Marcia Fudge, D-Ohio, tweeted, "It is beyond time for our leaders to do what is necessary to enact laws that keep guns out of the hands of people wishing to do harm. This has to stop. #EnoughIsEnough #EndGunViolence"

President Donald Trump tweeted, "The FBI, local and state law enforcement are working together in El Paso and in Dayton, Ohio. Information is rapidly being accumulated in Dayton. Much has already be learned in El Paso. Law enforcement was very rapid in both instances. Updates will be given throughout the day!"

Trump issued that flags be flown at half-staff in a proclamation released Sunday afternoon.

As a mark of solemn respect for the victims of the terrible acts of violence perpetrated on August 3, 2019, in El Paso, Texas, and on August 4, 2019, in Dayton, Ohio, by the authority vested in me as President of the United States by the Constitution and the laws of the United States of America, I hereby order that the flag of the United States shall be flown at half-staff at the White House and upon all public buildings and grounds, at all military posts and naval stations, and on all naval vessels of the Federal Government in the District of Columbia and throughout the United States and its Territories and possessions until sunset, August 8, 2019.