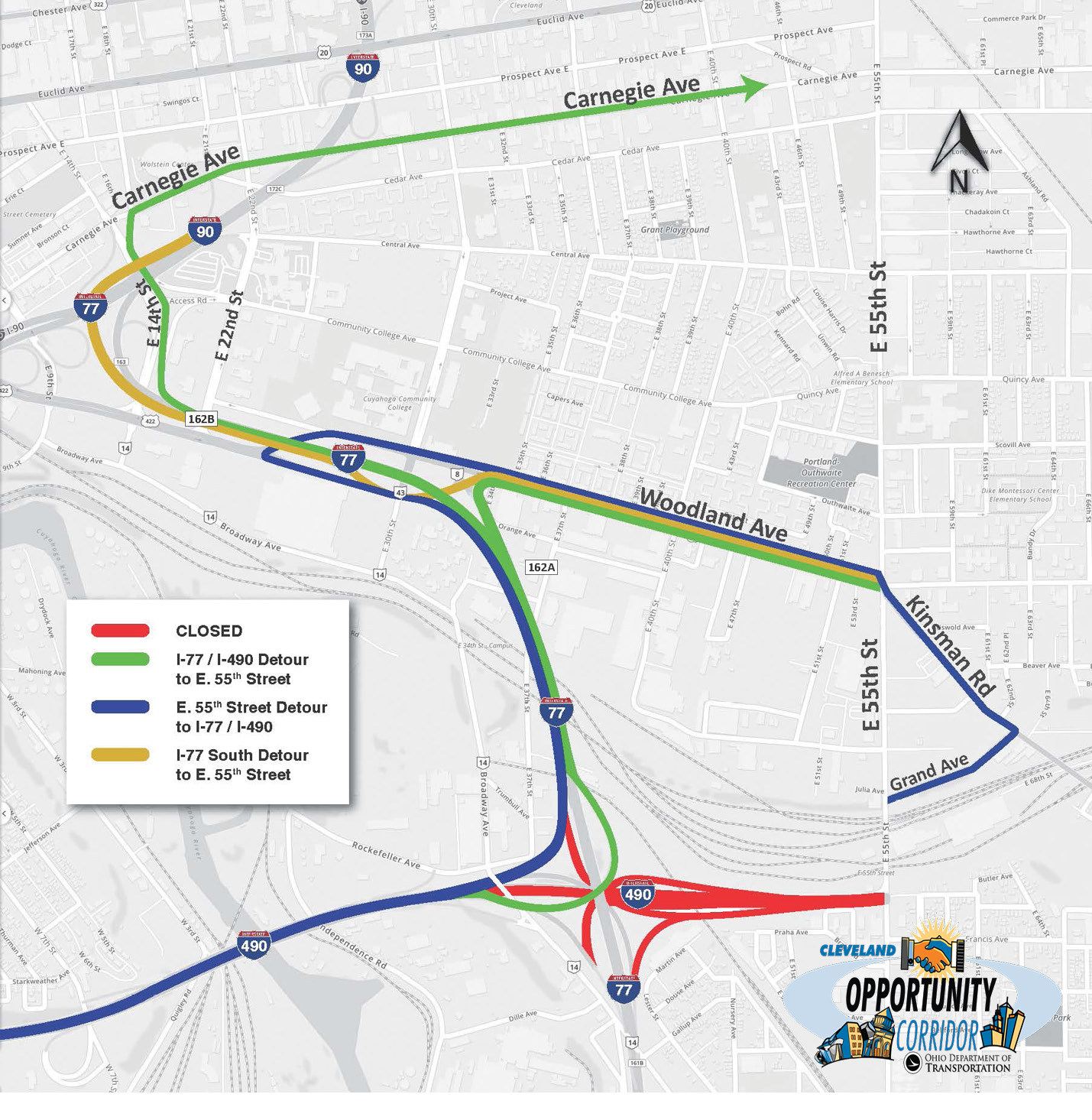 Here is a map of how drivers on I-77 and I-490 will be impacted by the detours. Courtesy: Ohio Department of Transportation.

It's the final and largest section of the project, which will ultimately connect East 55th Street all the way to East 105th and Chester Avenue.

See a rendering of what the Opportunity Corridor will look like once it's finished. Courtesy: Ohio Department of Transportation.

Phase 3 focuses on the section between East 55th Street and East 93rd Street, where Phase 2's work ended. That makes the corner of East 93rd and the new Opportunity Corridor boulevard the spot where the past meets the future.

Mike Kash owns Kash Auto Parts & Salvage nearby and even lost a few hundred feet of his property to the new road put in as part of Phase 2. He doesn't mind, but he says other businesses were forced to completely move out.

"You had companies that generated their business and that's what kept the neighborhood alive," said Kash.

Those businesses are out and coming in as a plan that supporters say could more than replace them.

"It also gives us these new greenfield opportunities that candidly, you don't get in an urban neighborhood very often," said Greater Cleveland Partnership President and Chief Executive Officer Joseph Roman.

Making the driver from I-490 and East 55th Street all the way east to University Circle and north to Chester Avenue can't be done directly right now, leaving no option but a series of stoplights and indirect local streets. 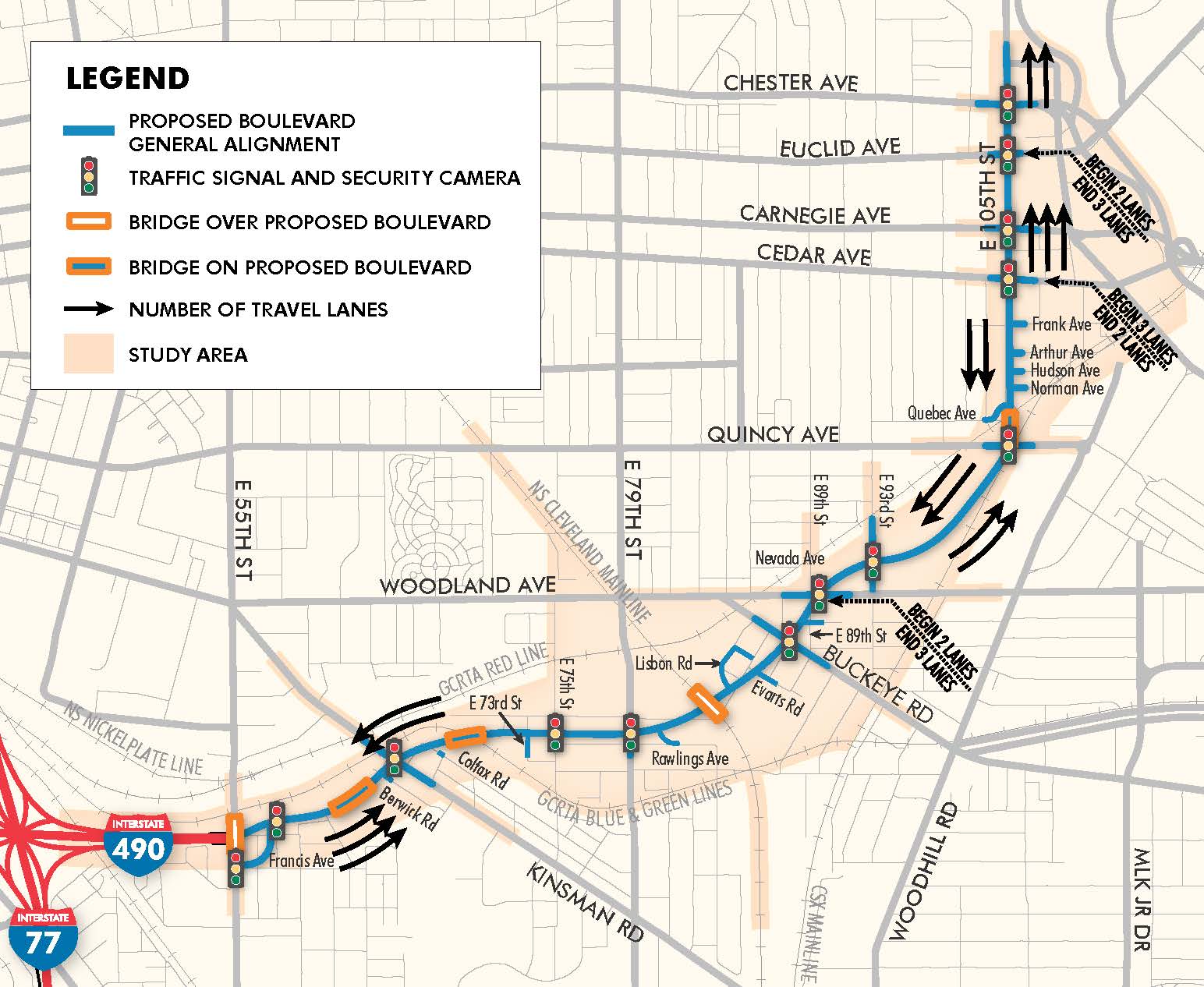 Phase 3 will finish the project outlined on this map from where I-490 meets East 55th Street all the way to East 93rd Street. The rest of the project is already completed.

"The whole goal of this project is to create a link to the east side [of Cleveland] that doesn't exist there today," said Ohio Department of Transportation Public Information Officer Amanda McFarland.

Better connections are expected to lead to a lot more economic development for a part of the city that ODOT has called the "forgotten triangle."

"This part of Cleveland probably experienced the most disinvestment since World War II of any neighborhood in the city," said Roman.

Multi-use trails along the side are supposed to make the area more inviting for new businesses and potential customers to walk or ride in.

Kash says he's impressed with the new road that runs by the back end of his property, but the construction is still at least two years from being finished and from bringing that new investment to his street corner.

"It's a beautiful work, but I'm not sure how long before it can take off," said Kash.

IBM is already investing in a building near Phase 1 of the project. ODOT says that's an early reason to be optimistic about how successful the whole project could be once it's finished.

Construction is expected to be finished in May of 2021.