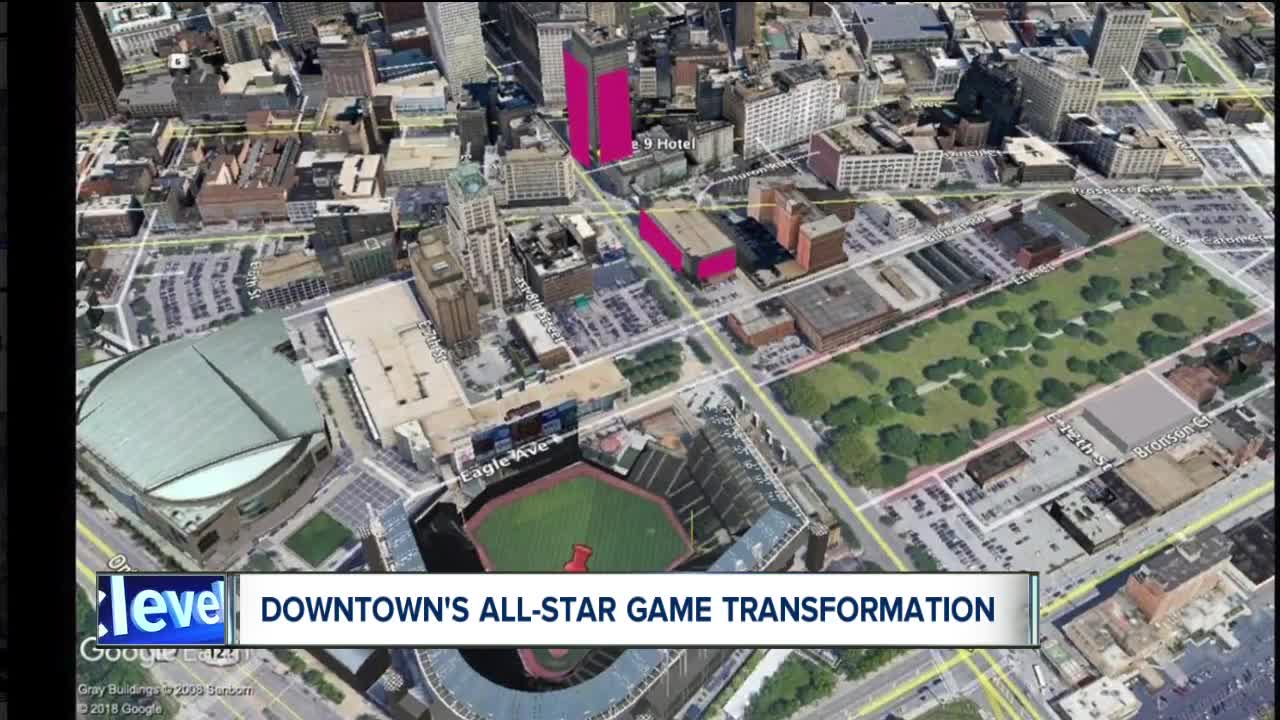 A Las Vegas-based media company is hoping to transform Downtown Cleveland with temporary advertisements and graphics during the All-Star Game next month. 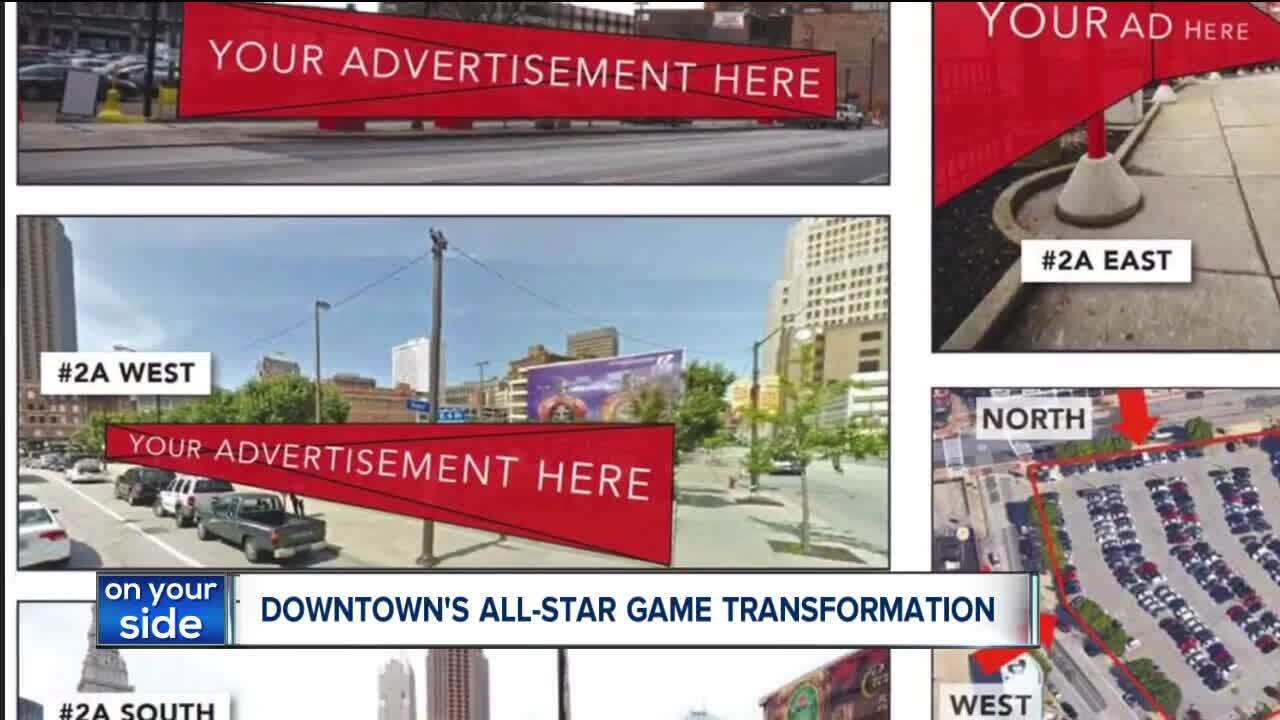 CLEVELAND — The Major League Baseball All-Star Game is just over a month away. The game will be held on July 9 at Progressive field. Over the next few weeks, look for buildings in Downtown Cleveland to be transformed for the game.

Take, for example, the space between Prospect Avenue and Huron Road. Some just see the side of a building and a parking garage, but others see a giant blank canvas that they would like turned into ad space, and a space for graphics to celebrate Cleveland.

That's why the folks from Las Vegas-based Elite Media came before the City Planning Commission to seek approval for a series of temporary wall graphics that will add life to dead spaces, creating a more vibrant feel downtown for the game.

“We have a very fortunate job in traveling the country, scoping out buildings looking for opportunities. We have a special niche,” said Rob Carter with Elite Media.

In addition to their work with Major League Baseball, they have an exclusive agreement with the NBA with their work to display at the NBA All Star Game. Their proposal in Cleveland will focus on spots in the Central Business District around Gateway for these temporary — emphasis on temporary — installations.

They'll go up the week before the game and start coming down the day after.

"The application that we use is a self-adhesive-type sticker or a banner-type application, so it's a very simple process for us to go up and down,” Carter said.

Original plans that included buildings like The Nine were scaled back. With just a month ago and more design approval hurdles to cross, they don't have a lot of time to play with.

"We are definitely under the gun for this particular project,” Carter admitted.