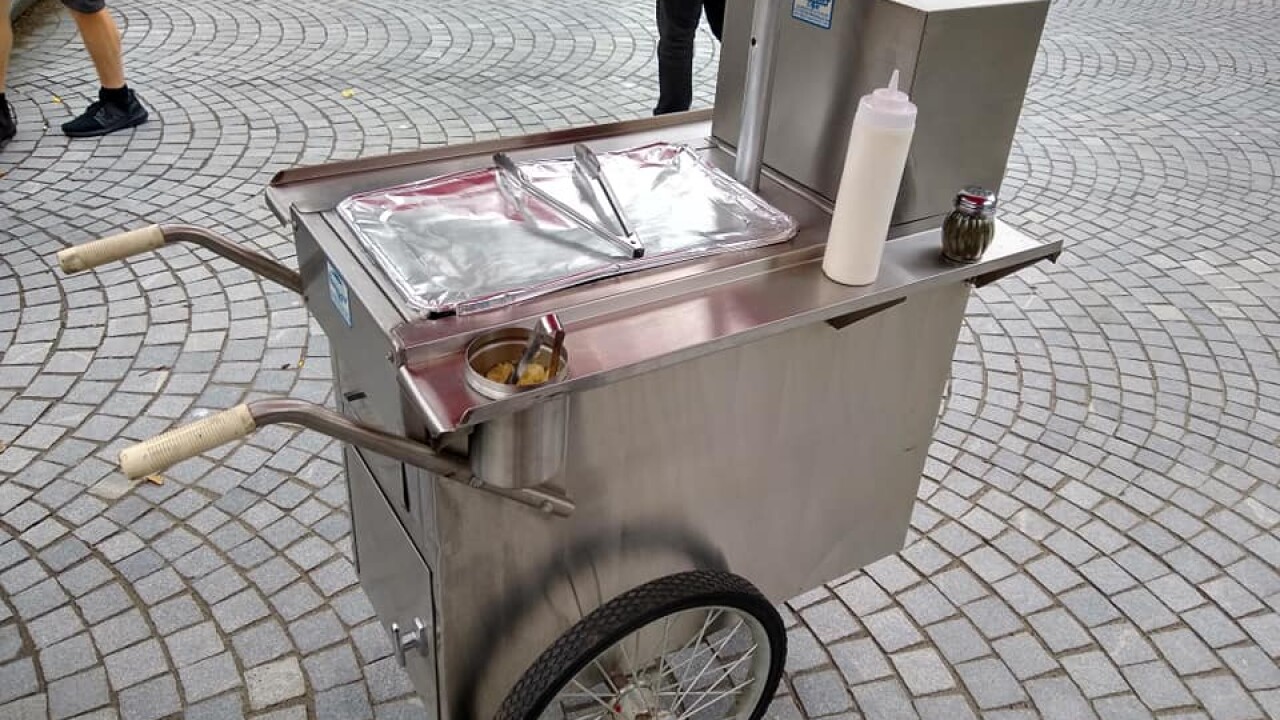 CLEVELAND — As most Clevelanders know, there -- tragically -- is no pierogi cart downtown. So after Monday night's episode of The Bachelor, many were wondering where it came from.

Pierogi Joe's is usually a food truck, but for one day only it became the pierogi cart this city so desperately needs.

Pieorgi Joe's owner, Joe Becker, said he received a call and email in October from the show's production unit that said they were coming into town and asked if he could do a hot dog style cart but for pierogi instead. Becker said they rented the cart for him to use.

He said the weather the day of taping was beautiful and the experience was amazing. “We were there about 9 in the morning with production but didn't shoot for a couple hours. I happened to know the polka band, and we talked about how crazy it was," Becker said. "It was a lot of standing around before taping and nosy people with security clearing them around."

Becker said he didn't get to meet Pilot Pete beforehand and that he just kind of showed up.

"They kind of just arrived. It was mysterious," Becker said.

Around 9:33 p.m. Monday, Becker said his phone started lighting up.

Becker said production told him to think about what he would say to Pilot Pete, and he tried to come up with something cheesy about love and pierogi, but instead they used the most generic line that he said.

“The line they used was 'Have you ever had a pierogi?' which was funny. A lot of Northeast Ohio women tweeted about how they know what pierogi are but Pete doesn't," Becker said.

While Becker runs a food truck, he spends his winter cooking his Polish menu out of Porco's Lounge and Tiki Bar.

Becker said his food truck does go to events in the winter but doesn't get much use until warmer weather.

“Dyngus Day is the kickoff to food truck," Becker said.