OSU Board of Trustees to meet Wednesday about Urban Meyer investigation 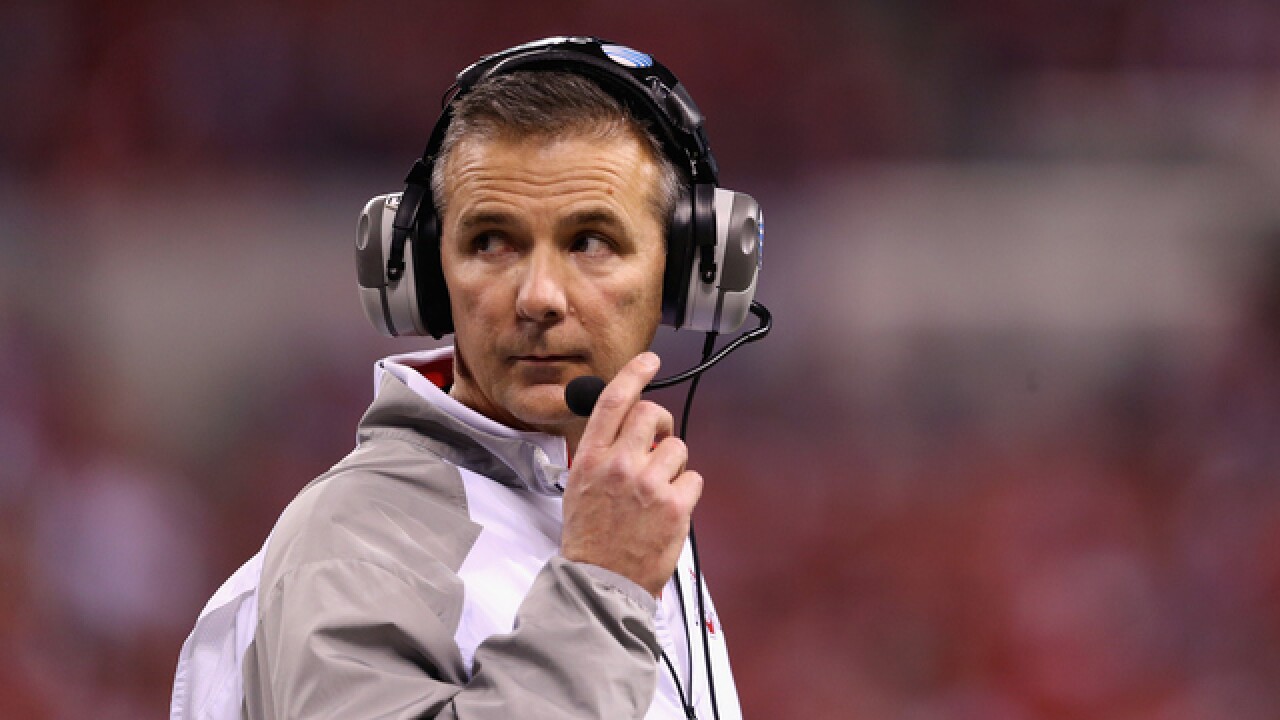 Copyright Getty Images
Andy Lyons
<p>INDIANAPOLIS, IN - DECEMBER 06: Head coach Urban Meyer watches his team from the sidelines during the first quarter of the Big Ten Championship against the Wisconsin Badgers at Lucas Oil Stadium on December 6, 2014 in Indianapolis, Indiana. (Photo by Andy Lyons/Getty Images)</p>

The Ohio State University Board of Trustees will meet at 9 a.m. on Wednesday morning to discuss "personnel matters" related to the investigation around head football coach Urban Meyer, according to OSU.

A special, independent board was formed to investigate the coach who was put on paid leave for mishandling domestic abuse allegations made against former assistant coach Zach Smith. The investigators briefed the trustees of their findings during a nearly three-hour informal meeting on Monday, according to ESPN.

Meyer said he believes he followed proper reporting protocols regarding the allegations.

According to ESPN, the university plans to publicize the findings of the weeks-long investigation. After discussing the investigation, university president Michael Drake and the board of trustees will decide if Meyer or others will face consequences, the sports news outlet said.

No deadline for a final decision has been set, but on Aug. 5, the university said it expected the investigation to last 14 days. Sunday marked the end of that period.