CLEVELAND — Valentine's Day is getting a little less sweet after the company that produces the sweetheart candies synonymous with the holiday, shut down last year.

In July, the New England Confectionery Company , Necco for short, announced they were selling the company—leaving the fate of Sweethearts in limbo.

On July 24, the factory shut down and workers were told not to show up for work the next day.

To give you an idea of why it matters to this year's batch of candies, here are some numbers. 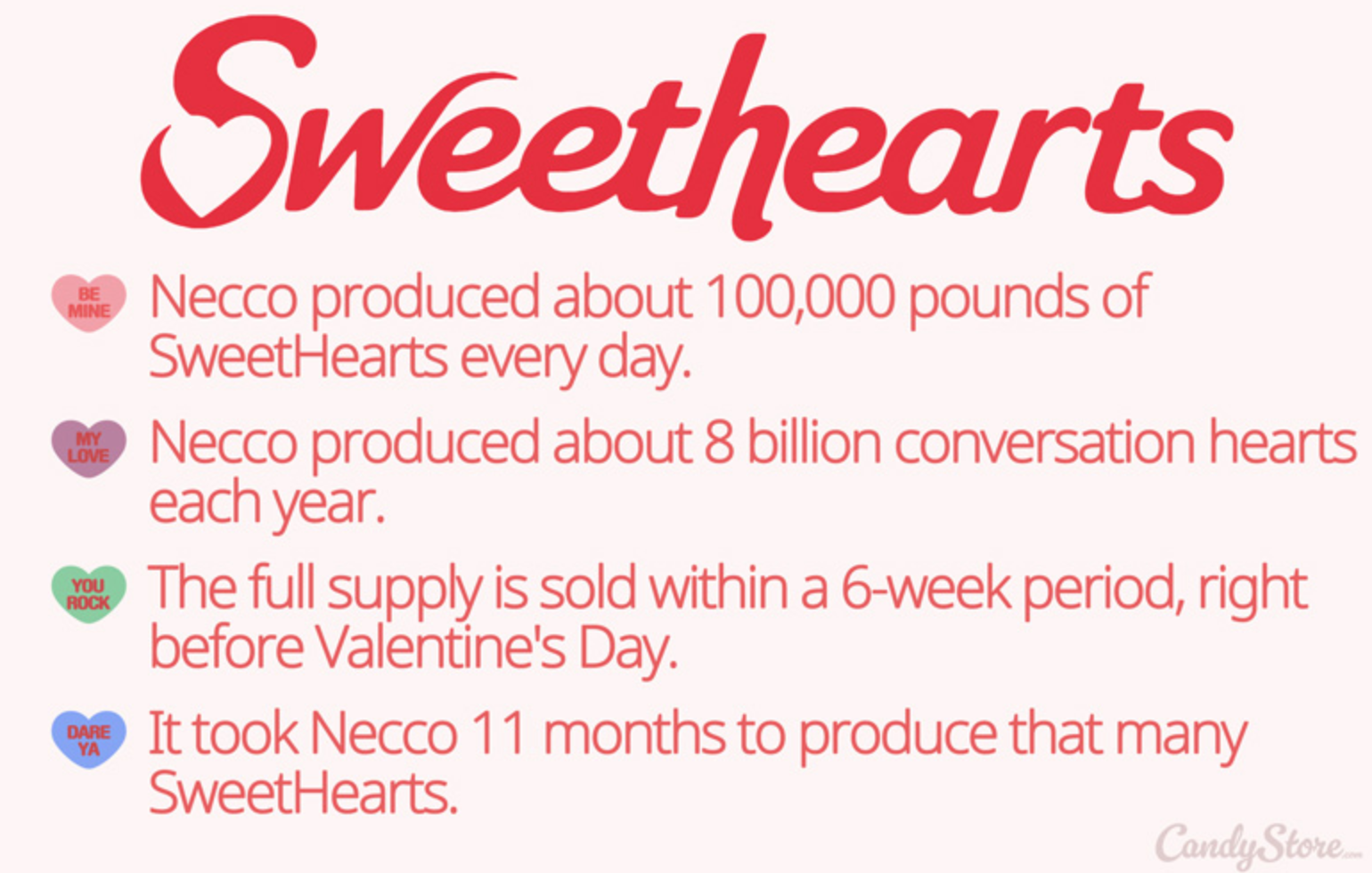 Necco was eventually bought in an auction by Round Hill investments, and they turned around and sold the Sweethearts brand to the Spangler Candy Company in September 2018.

Because production for the candies started too late, there will be no Sweethearts this year, but next year is looking promising.

“We are looking forward to announcing the relaunch of Sweethearts for the 2020 Valentine’s Day season," said CEO of Spangler, Kirk Vashaw in a press release.

If you come across any Sweetheart products online this year, they are likely from previous years. Here's what candy expiration dates mean.