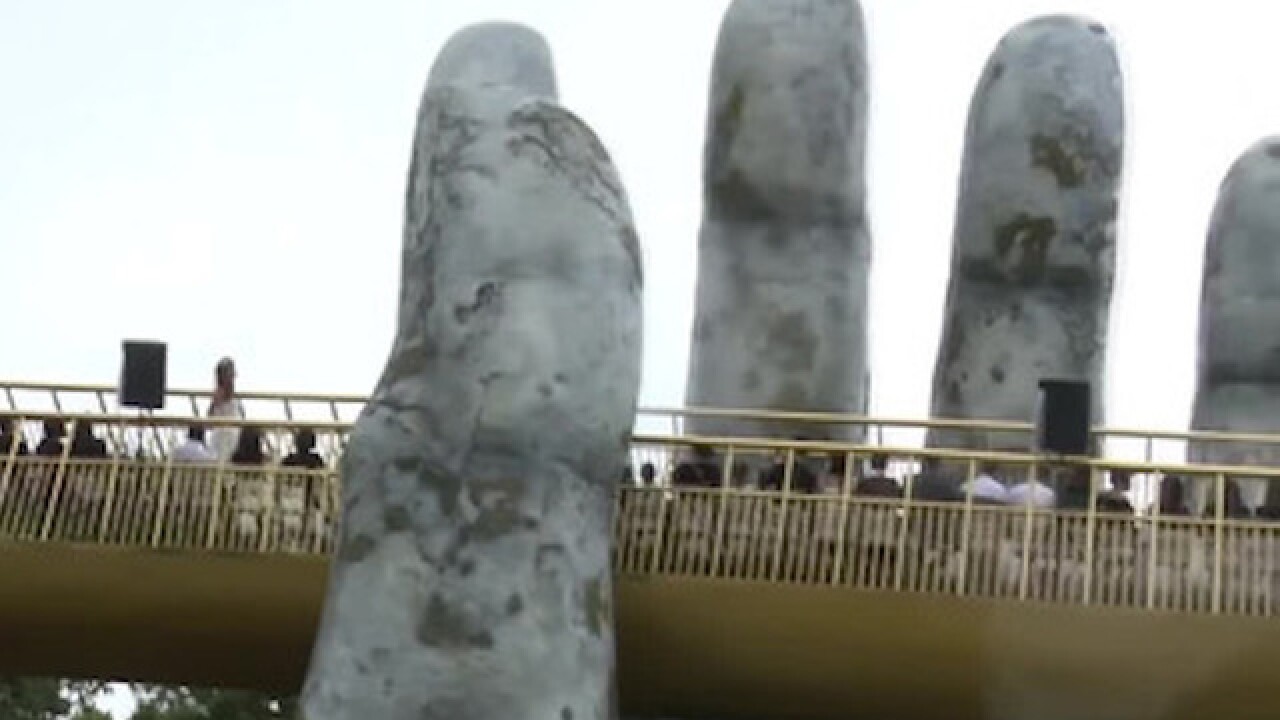 It's only been open for a few months, but a new tourist attraction in Vietnam is already bringing visitors from around the world.

Cau Vang — Vietnamese for "gold bridge" — is located about 90 minutes away from the city of Da Nang in the Bà Nà Hills Resort.

Reuters reports that the Vu Viet Anh, the design principal at TA Landscape Architecture, said the bridge is made to look as if "giant hands of gods" pulled a "strip of gold out of the land."

The bridge has attracted thousands of tourists since it opened in June.

British tabloid Metro reports that Anh and TA are working on another project for the Bà Nà resort — a giant silver bridge made to look like a strand of a god's hair.