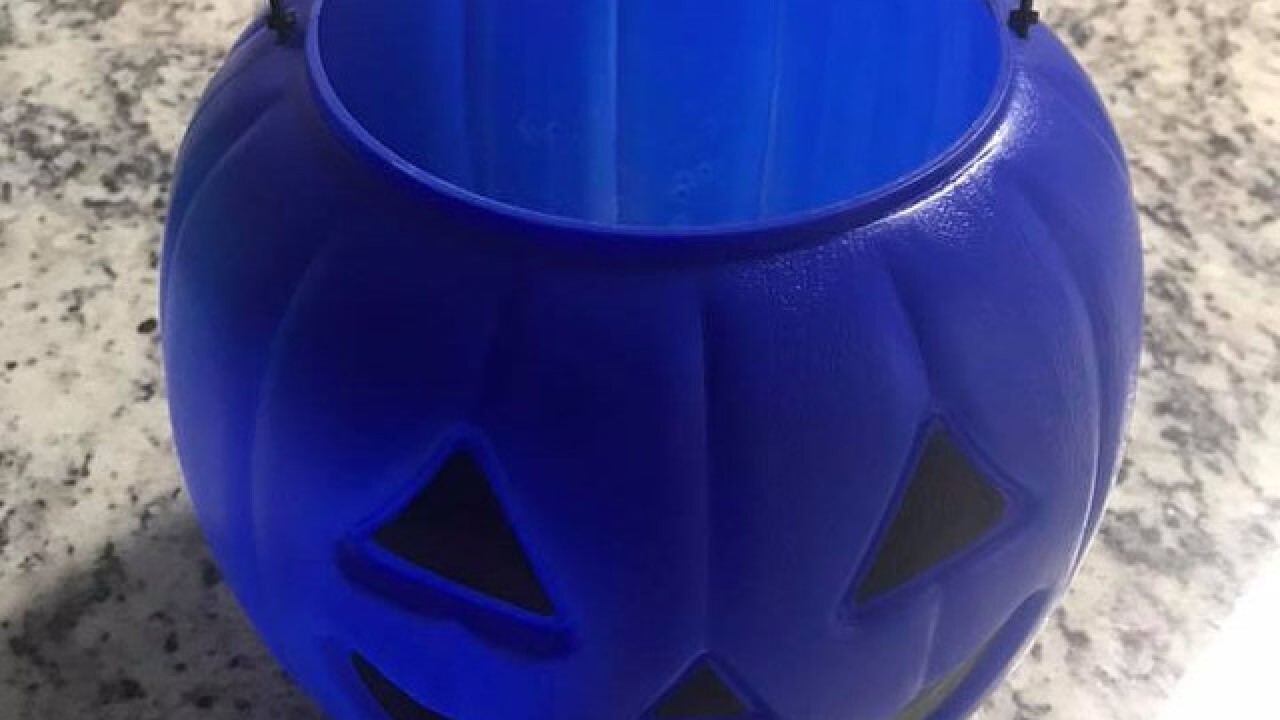 CLEVELAND — There’s a reason you may see some children carrying around blue pumpkin buckets while trick-or-treating this Halloween. A viral Facebook post is encouraging parents of children living with autism to use blue pumpkins to signify that the person carrying one has autism and they want to be included in celebrating the popular holiday tradition without any added stress.

The post by Omaris Taylor, a mother whose son has autism, has a message that resonated with thousands of other parents.

Last year, her 3-year-old son, who is nonverbal and has autism, was trick-or-treating when several homes waited for him to say trick-or-treat in order to receive a piece of candy. Taylor said she had to explain the situation for the next five blocks.

"This holiday is hard enough without any added stress. Thank you in advance," Taylor wrote on Facebook.

While there is no official movement by local or national autism organizations, Leslie Bloom, manager of field development for the Cleveland branch of Autism Speaks, fully supports a movement that makes the popular Halloween tradition more inclusive to people who have autism.

"I think anything that raises the awareness of those with autism is great," Bloom said. "It's also important to note that even if someone looks like an adult or those who are not in a costume, they could be on the spectrum."

Around this time last year, another mother named Alicia Palmer went viral after she asked anyone who hands out candy to trick-or-treaters to let an adult or child be dressed up in a costume to participate in trick-or-treating.

"While he has the body of a 21 year old, he loves Halloween. Please help us keep his spirit alive & happy," the post reads. "So when you see the blue bucket share a piece of candy. Spread awareness! These precious people are not 'too big' to trick or treat."

A similar movement began in 2014 with the Teal Pumpkin Project. The nonprofit Food Allergy Research & Education encouraged participants to place teal pumpkins in front of their homes, which lets kids know that the house is safe for trick-or-treaters with food allergies.