Florida stories that made us laugh, cry or say oh my! The weirdest news of 2017

Copyright 2017 Scripps Media, Inc. All rights reserved. This material may not be published, broadcast, rewritten, or redistributed.
Mary Stringini

The Sunshine State seems to consistently provide the most bizarre yet hilarious news. This year's list of weird news, strange crimes and insane events occurring in Florida did not fall short.

In 2017 there were plenty of stories that had us shaking our heads in disbelief and some of them even had us laughing at times. This year, some residents did some exceptionally weird stuff.

The strange, but true stories that happened in Florida in 2017
(Yes, all of the following headlines are real, actual headlines.)

1. Florida man tries to break into car, arrested by deputies waiting inside

If you're going to break into a vehicle, you typically want to make sure it isn't an unmarked Sheriff's Office vehicle and that there aren't deputies inside that vehicle.

You seriously can't make this stuff up! When this Florida man was arrested for destroying a liquor store under construction, he told police he was Alice in Wonderland and that a "hookah-smoking caterpillar" ordered him to attack the site.

3. Florida man stuffs $1K in rectum to hide it from deputies

Deputies in Marion County say that a Florida man stuffed over $1,000 up his buttocks into his rectum in an attempt to hide it from deputies after he was arrested.

A man in Florida called police while Collier County Sheriff's deputies were chasing him. "I need help, please," said Aric Frydberg, the man who was arrested after the 7-mile pursuit on U.S. 41. "There's a police officer chasing me," he added.

When a group of FGCU students found a dead alligator, they thought the only logical thing to do was to bring it to their dorm room for a photo shoot. 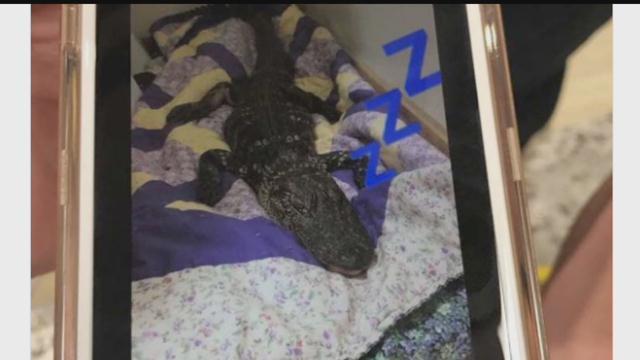 A Tampa man reportedly broke into a garage on Krycul Avenue in Riverview and took a wine cooler out of the refrigerator and a torch. He then walked out back and drank the wine cooler and took the torch.

A Vero Beach family woke up to a man stomping on their roof... When deputies arrived, they say the man claimed he was having a meeting with a DEA agent on the roof.

8. Florida woman arrested for DUI on a horse, charged with animal neglect

DUI on a horse... Did you know that was a thing?

9. Florida man tells deputies he was shooting at rats in his backyard after 8-hour standoff

An 8-hour standoff in Palm Harbor ended with a suspect telling police he was shooting at rats in his backyard.

Not the brightest move for an educator...

11. Deputies: Man Googles how to burn down house before burning down girlfriend's parents' house

Talk about obvious! This Florida man Googled 'how to burn down a brick house,' before deputies say he burned down his girlfriend's parents' house.

Another new one! Only in Florida!

One can only wonder how they got caught... 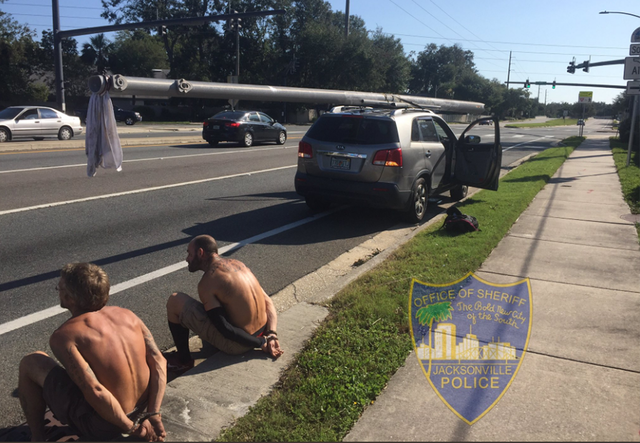 14. VIDEO: Florida man drives recklessly on beach, streams it all on Facebook Live

This video truly speaks for itself...

15. Florida man sits on gun, accidentally shoots self in genitals

We're going out on a limb here, but we're pretty sure this is something you're NOT supposed to do when visiting Disney World... 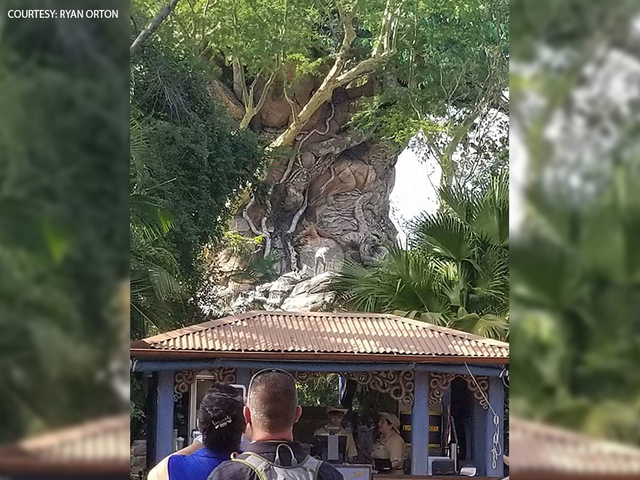 Well, that backfired! Juan was worried about crime, so he set up security cameras in his backyard. The cameras recorded him repeatedly selling illegal drugs out of his storage shed.

Police spent 10 tense hours negotiating with a naked man they say climbed atop a high-rise building under construction and threw debris into traffic.

The irony of a cop not being able to recognize donut glaze is what made this headline go viral. 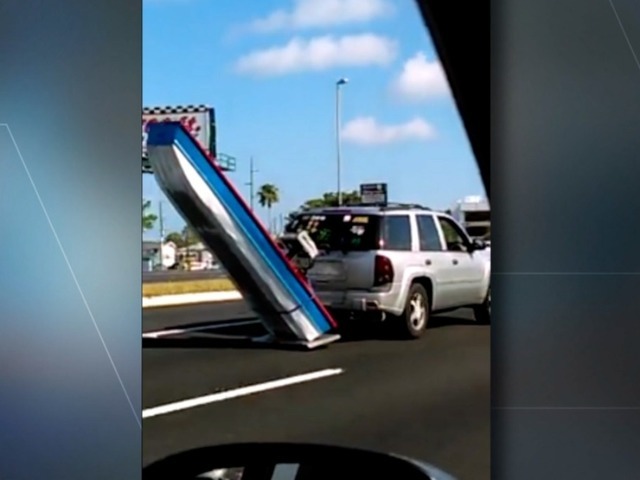 The video is priceless.

This Florida man went to high lengths in his attempt to avoid paying tolls. It didn't work in his favor...

23. Florida man tries to jump canal with his car in Florida

The car did not make the jump...

26. Florida man gets 6 years in prison for firing gun while taking selfie in strip club

“It was an accident, man. I was just trying to take a selfie.”

27. Florida man arrested for not telling a friend his cookies were laced with marijuana

70-year-old Van Arsdale said he didn't tell her about the drug because the amount was so small he didn't think it would affect her.

A man grabbed a handful of rocks and threw them through a pizza display case after employees at a Florida restaurant told him they did not have any free food.

30. Good Samaritan helps reunite a child with her parents, gets beat up by her dad

This was was pretty unfortunate...

A defense lawyer’s pants caught on fire while defending an arson case. No, it’s not a bad joke — it actually happened in Miami.

32. Florida man with face tattooed like the 'Joker' accused of pointing gun at traffic

I'd say this could be considered the best Florida mugshot of the year: 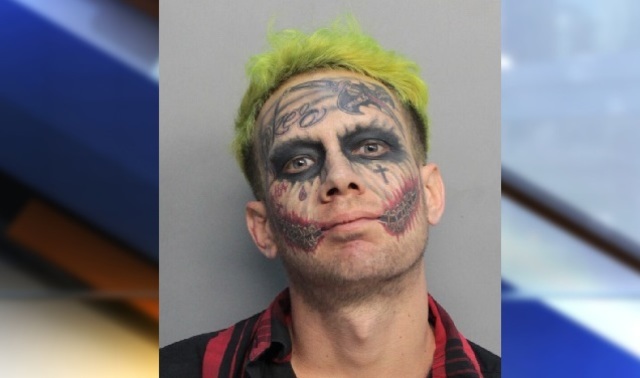 Some people really will do anything over McDonald's ice cream.

34. Florida man urinates in middle of Steak ‘n Shake in front of dozens of customers

Not what you want to see...

35. Women get out of car, twerk on Florida highway after traffic jam caused by President Trump's arrival

A traffic jam in West Palm Beach caused by President Trump turned into an impromptu twerking session on the interstate by several drivers.

Authorities say about 11 ounces (300 grams) of cocaine was found inside the doll.

If you loved these stories and care to take a stroll down Florida's weird news memory lane, here are the craziest Florida stories from 2016.