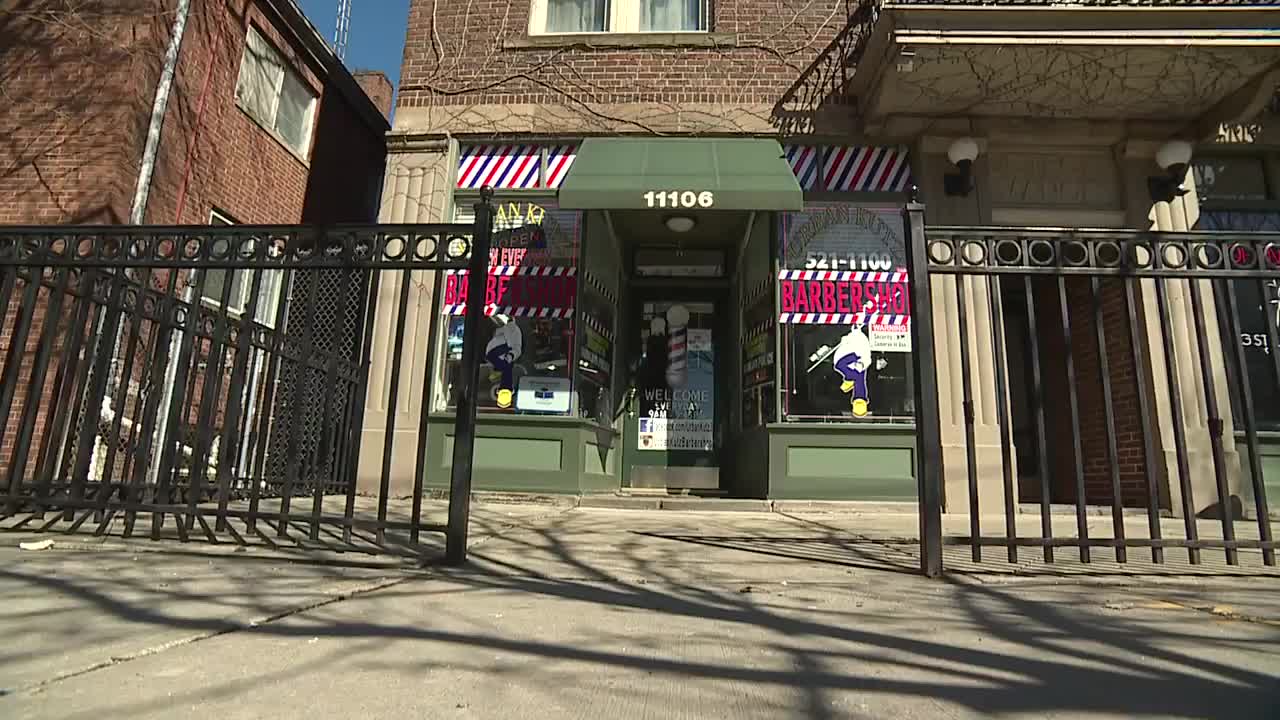 November 1 is an unforgettable day for one Cleveland man. It marks 14 years sober for Waverly Willis. The barber they call “Wave” is an inspiration to so many in our city, but it wasn’t always this way.

November 1 is an unforgettable day for one Cleveland man. It marks 14 years sober for Waverly Willis.

The barber they call “Wave” is an inspiration to so many in our city, but it wasn’t always this way.

Waverly grew up in East Cleveland — a single mom, a good family.

He was a football star at Shaw High School, received a scholarship to play at Kent State.

“Well, I majored in women, drugs and alcohol and that was the reason I flunked out of college,” Waverly said.

That is what would begin Wave’s downward spiral — into the dark, into depths most people will never, ever encounter in their lifetimes.

He slept on the streets, ate out of dumpsters. For fifteen years, Waverly chased a high.

But even in those dark days, he knew he still wanted to accomplish his true passion — being a barber.

You see, Waverly picked up the clippers as a young child, when he realized his mom was doing a terrible job. So he practiced and then practiced some more.

“After losing everything — home, relationships, all of that — the only items that I never sold were my clippers,” Waverly said.

He would use those as his sales pitch, plugging into outlets in bathrooms at bus stations. He would take the $2 or $3 he made from a beard trim to buy his next piece of crack.

And if he couldn’t buy the drugs, he would steal them.

“I would ambush the young guys, beat them up, take their drugs from them,” Waverly said.

That’s what happened the night Wave got high in a woman’s apartment in the Morris Black housing projects.

“And she said, I don’t know what the hell you did, but it’s like three carloads of people riding around here with pistols, shotguns and they described you. And they’re about to kill you,” Waverly remembered.

That day, that threat of imminent death, that was Wave’s turning point.

He called a friend who stopped at the complex just long enough for Waverly to jump in, and was taken to Y-Haven, an addiction and treatment facility for homeless men.

He was turned away at first because he reeked so bad. So he went and got high — one last time.

But he came back the next day and was allowed inside.

“I ran a bath with the hottest water I could take,” Waverly said, with tears running down his face. “And I made a promise that day. 11/1/04. That I would spend the rest of my days trying to help God’s people to the best of my ability.”

And for the last 14 years, Waverly has paid his penance, those same clippers he never let go helping him along the way. His chair is his ministry, his barbershop is his sanctuary.

He owns two barbershops in Cleveland, Urban Kutz on Detroit Ave. and another location on Pearl Rd.

He gives free haircuts to the homeless, free haircuts to children heading back to school whose parents can’t afford it. He started a trend of doing blood pressure checks at his barbershops so that his clients would know their health hazards.

Waverly Willis was once a man who lost everything. Now, it seems he has everything to give.

Watch the full interview with Waverly Willis below: