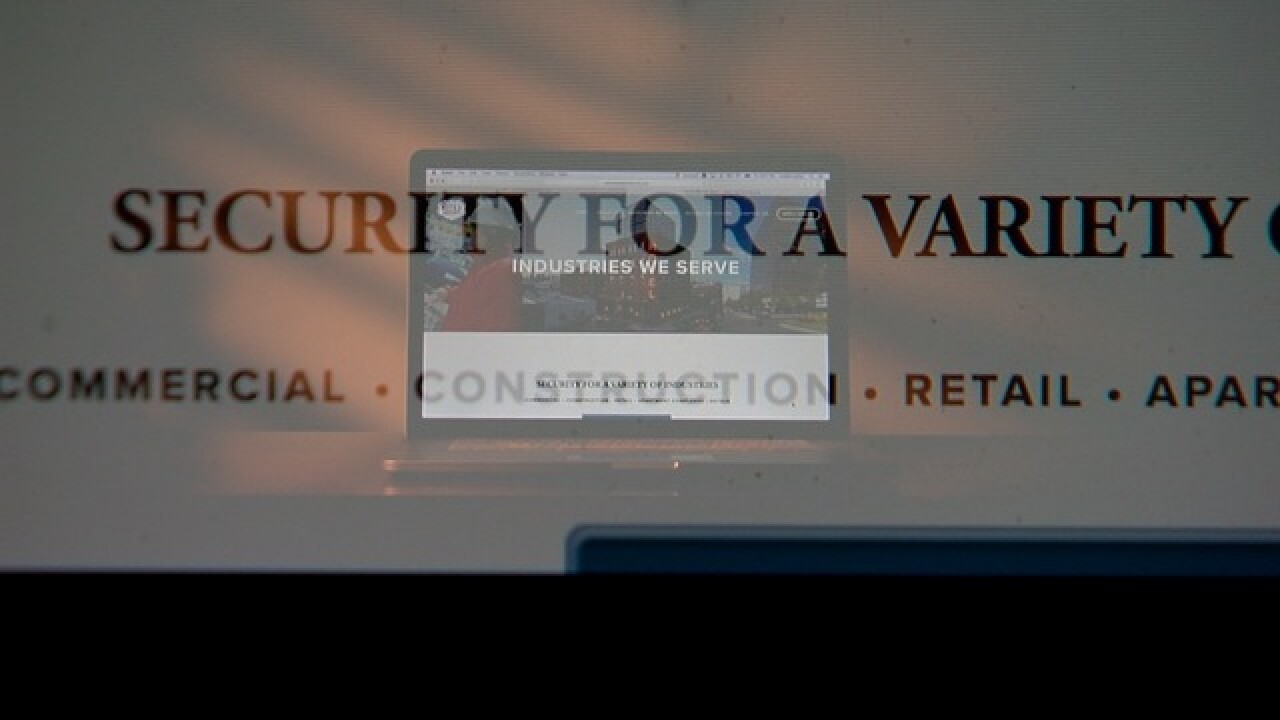 They’re supposed to keep you safe.

However, our exclusive 5 On Your Side investigation uncovered a dangerous loophole in how armed security guards are hired.

The man in uniform

In August 2016, 31-year-old Eddie Wilson III was in real trouble with the law.

Cleveland prosecutors had charged him with misdemeanor domestic violence and petty theft.

Court records said Wilson grabbed a woman by the neck and “started strangling her” during a verbal argument.

Wilson was ordered to have no contact with the woman and turn over his weapons.

In spite of that, we found Metro Cleveland Security at 5627 Memphis Avenue hired Wilson as an armed security guard.

On the evening of May 5, Riley said Wilson kidnapped her at gunpoint and assaulted her.

“I literally thought my children would never see their mother again,” she said.

His trial is scheduled to start Oct. 30.

During a phone conversation, Terry Zachary, the company’s operations manager, said the company never ran a background check on Wilson.

Because Wilson was a commissioned police officer with the Cuyahoga County Sheriff's Office, it was unnecessary.

Our 5 On Your Side Investigation found Ohio does not require security companies to obtain background checks for police officers.

However, the company has a history of problems with the people it hires to work as security guards.

In each instance, state regulators found the company failed to properly register employees, submitted late registration applications and failed to renew registrations in a timely manner.

In other words, the company sent dozens of employees to work at the industries it serves, which include apartment complexes, hotels and construction sites, before making sure the employees passed state background checks.

On Your Side Investigators wanted to ask the company how Wilson was hired and why it failed properly register dozens of employees.

We requested an on-camera interview with Zachary four different times over a month-long period.

He declined our requests.

We called the complex. A manager refused to answer whether they still employ the company and directed us to the complex’s owner, the K&D group.

We called the K & D group several times.  No one returned our calls.

Riley said the security guard she sees at her building wears a Metro Cleveland Security uniform.

“They need to be shut down,” she said. “The company should be no more.”

RELATED:  Broken bond: How a flawed bail system in Ohio can leave victims in danger

On Your Side Investigators brought the information we uncovered about Cleveland Metro Security and Eddie Wilson to officials at the Ohio Department of Public Safety’s Private Investigator Security Guard Services.

Friday afternoon, in an e-mail, an agency spokesperson wrote “We appreciate you sharing the information about Mr. Wilson with us. . . PISGS had decided to look into this matter further.”

The agency said Wilson’s case “reinforces the importance of people sharing information with us.”

If you have any information about a security guard or security company that could be putting the public at risk, PISGS said you should contact the agency through their TEXT-A-TIP line. The number is 614-705-2TIP.