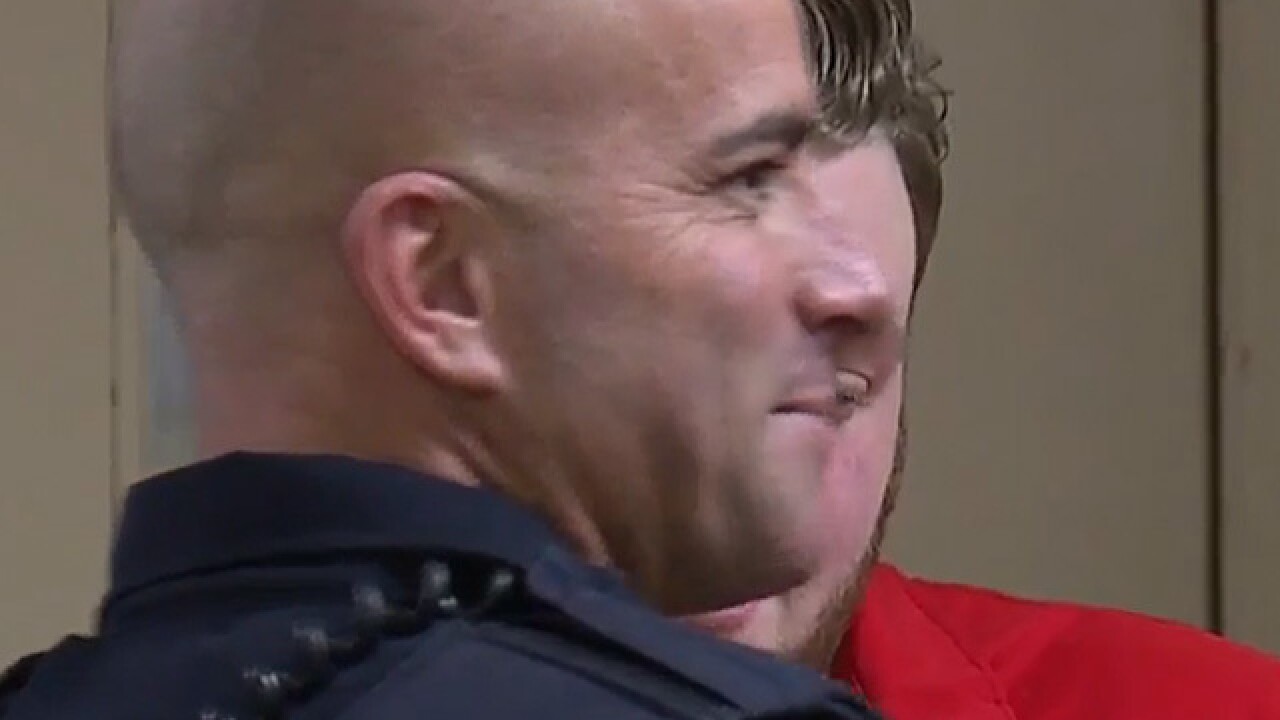 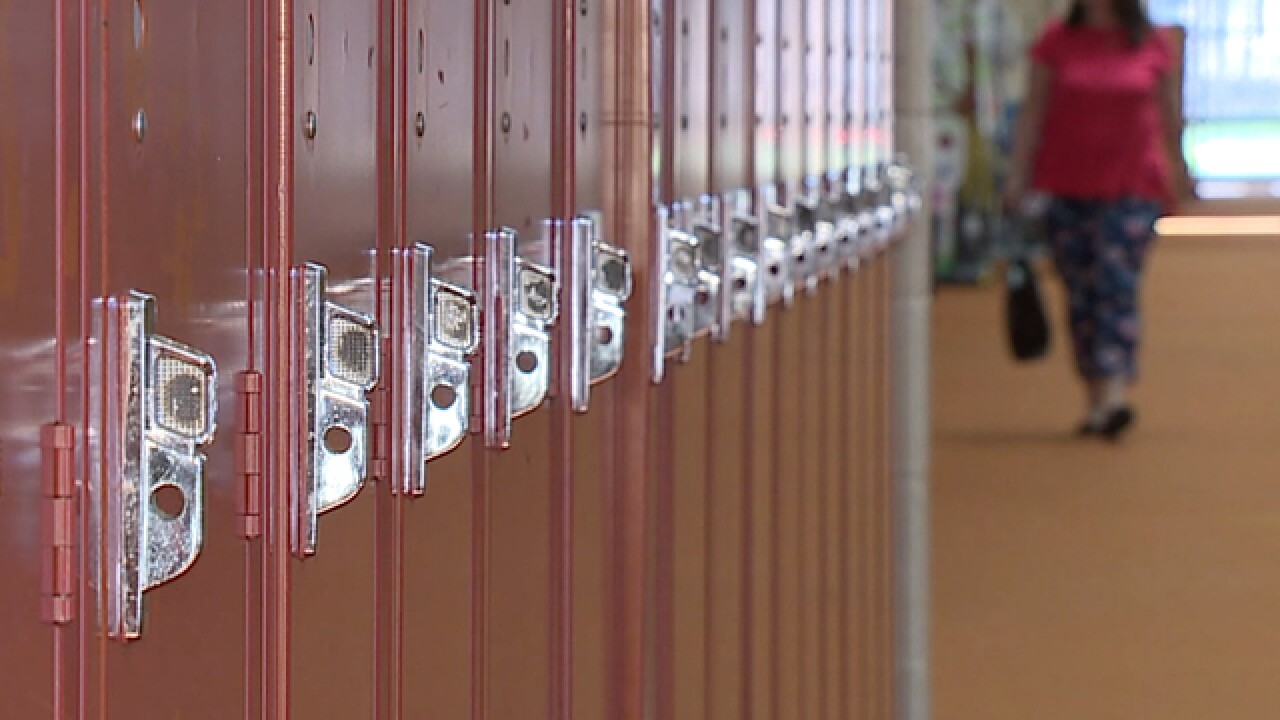 The sound of fear

Six years after T.J. Lane brought a gun into the cafeteria at Chardon High School and killed three students, the tragedy remains part of the school’s conscious.

“If anything, it would be in the cafeteria,” said Cameron Niehus, a senior at Chardon High School. “Someone has a bag of chips and they smack it…and it makes a popping noise.”

Matthew Reminder, a sophomore, agreed with his friend.

“People have popped a balloon before, and it’s like they jump,” he said. “It’s not almost like PTSD, but…you’re more aware.”

“You pay attention to the little things,” Reminder said.

A feeling of safety

The students say they feel safe at school. They said the shooting united Chardon, and they credited one person for their feelings of security.

“I know he would take a bullet for any one of us,” Niehus said.

Shaw took a 40-hour basic course with the Ohio School Resource Officers Association and has continued to take new classes each year. He currently serves as the association’s vice president. While law enforcement is still an important part of his job, he said an SRO also plays the role of counselor and teacher.

“My purpose here [at Chardon High School] is still law enforcement,” Shaw said. “But it’s not the No. 1 thing, and that’s what the kids and staff learn.”

On the day we visited the high school, we found Shaw teaching a health class on opioids.

“We interact with the kids,” he said. “We don’t just go sit in an office and wait for the main office to call and go, ‘We got a problem.’”

To build solid relationships with students, Shaw is willing to do just about anything.

In February, he received national attention when he temporarily joined the school’s dance team.

Their routine, choreographed to the 80s songs Shaw grew up listening to, made national news.

“It reminds them that’s a person,” he said. “It’s not just this robot that walks around in uniform.”

Shaw may be highly trained, but the same is not true of security staff at all of Ohio’s schools.

Our investigation found Ohio has no requirements regarding who schools hire to protect students.

For example, there is no requirement for schools to hire a trained school resource officer.

In addition, there is no requirement for schools to hire a certified law enforcement officer.

News 5 Cleveland conducted the first survey regarding who schools employ to provide security on their campuses. Our team reviewed the training certificates for security staff at the 50 largest Ohio high schools. We found 42 schools employ one – or sometimes two – full-time trained school resource officers.

We uncovered a hodgepodge of security staffing plans at the remaining schools:

News 5 has chosen not to reveal details about the schools included in our survey, for the purpose of school safety.

A preference, not a panacea

“If I had to make a choice of how are we going to respond in terms of dealing with school safety and security, I'd certainly prefer a trained school resource officer,” said Daniel Flannery, professor and director of the Begun Center for Violence Prevention and Education.

Flannery has extensively studied how to prevent gun violence and is a part of a group of national experts that created recommendations about how to reduce gun violence in schools.

“If it's the same person over a longer period, that can be more helpful than just having a person from a law enforcement background or agency rotate through the school," Flannery said.

The National Center for Education Statistics (NCES) recently released a report that found 57 percent of public schools have security staff on campus at least one day a week.

“I would also say that having an SRO in your school isn’t necessarily the panacea that’s going to solve all of your problems,” he said. “Because the evidence we do have suggests that’s just not the case.

“They’re not going to be able to deter every act of violence that might occur because they’re only one person.”

Flannery said a school’s violence prevention plan should be more comprehensive than only hiring a security guard or SRO.  He said a team that includes mental health workers and meets regularly to assess who may be a threat to themselves or others is the “kind of approach we need” to come closer to solving the problem.

“I would be more supportive of that kind of a model…than just putting a person in there in uniform,” he said.

“Times are changing,” he said. “School safety is of the utmost importance.”

The bill also contains a $10 million appropriation for equipment and training.

Patterson said if a school wants to hire a trained school resource officer, HB 318 has “laid out a pathway for that to happen.”

Patterson said the legislation is intended to be a first step towards the goal of putting an SRO in every school in Ohio.

“The state can’t fund something that doesn’t exist,” he said. “We have to be able to define it first. This is our best attempt to try and do something to enhance school safety. There’s a lot of things in life we can’t prevent, but we can try.”

The Ohio House of Representatives passed the bill last month. The bill still needs to be passed by the Ohio Senate and signed by the governor in order for it to be an official law, which could happen any day now.