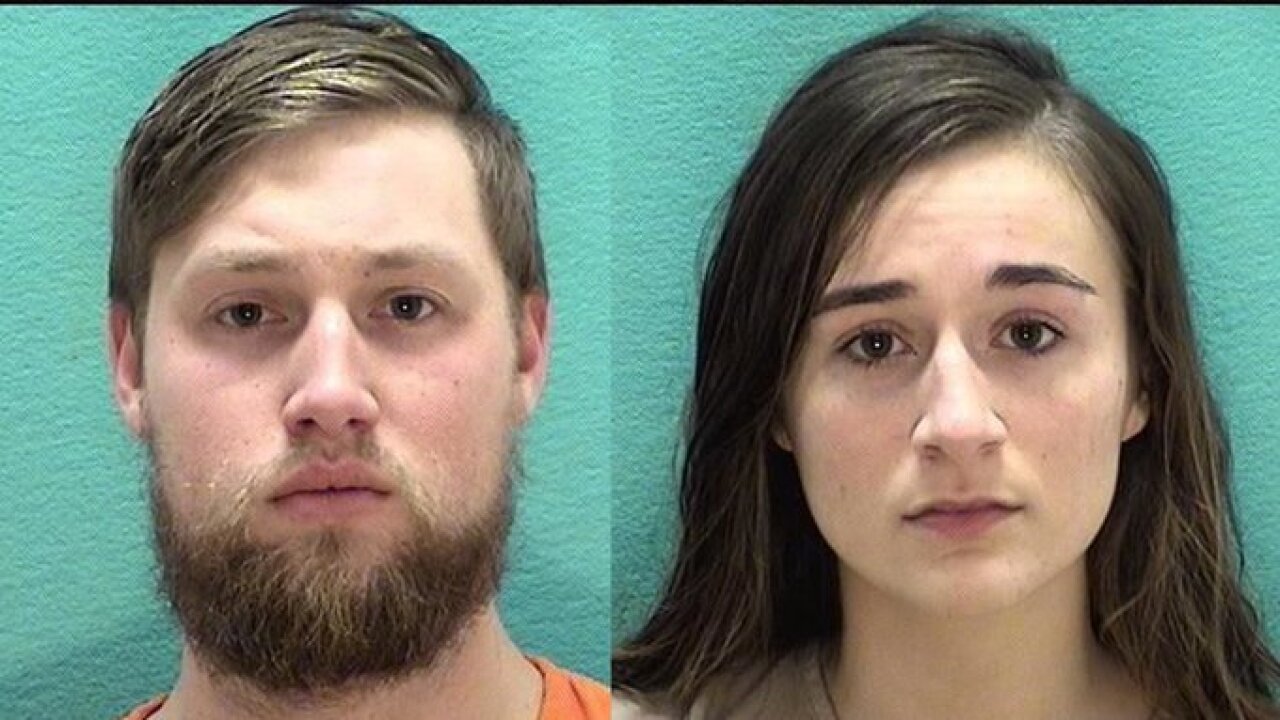 HEATH, Ohio (AP) — An Ohio woman and her boyfriend accused in the death of a baby found in a shoebox inside a trash bag were indicted on charges including involuntary manslaughter.

Kalina Gillum, 21, and Braden Mull, 25, are accused of inducing a late-term delivery resulting in the death of Gillum's fetus, according to authorities. A Licking County assistant prosecutor said Gillum was between 28 and 29 weeks pregnant at the time, The Advocate in Newark reported.

Gillum is accused of taking misoprostol pills that the couple ordered from India in an attempt to induce labor.

“The intention was to induce labor and terminate her pregnancy,” Licking County Assistant Prosecutor Jenny Gonzalez-Wells told the newspaper.

Gillum took the pills Sept. 18 and gave birth to a boy in the bathroom of an apartment in Heath between Sept. 18 and Sept. 20, said Gonzalez-Wells. The couple didn't seek medical attention for the boy, who did not survive, according to the assistant prosecutor.

The investigation began after Gillum went with Mull to a hospital in Newark on Sept. 20 and medical staff contacted law enforcement. Hospital police reported the umbilical cord of a woman at the hospital was exposed, but no baby was present, according to a Heath police report.

Heath police found the baby in the shoebox after a search of the apartment, the prosecutor said.

A woman answering the phone Tuesday at the Licking County Coroner's Office said officials there were not publicly releasing any information as to whether or not the fetus emerged alive.

Gillum, of Lexington, and Mull, of Newark, also were indicted on charges of endangering children, tampering with evidence and corpse abuse, according to court records. The records did not show an attorney for Gillum or Mull.

Copyright 2020 The Associated Press. All rights reserved. This material may not be published, broadcast, rewritten or redistributed.