Buckeye Built: The Blaster Corporation preventing busted knuckles and more since 1957 in Cleveland 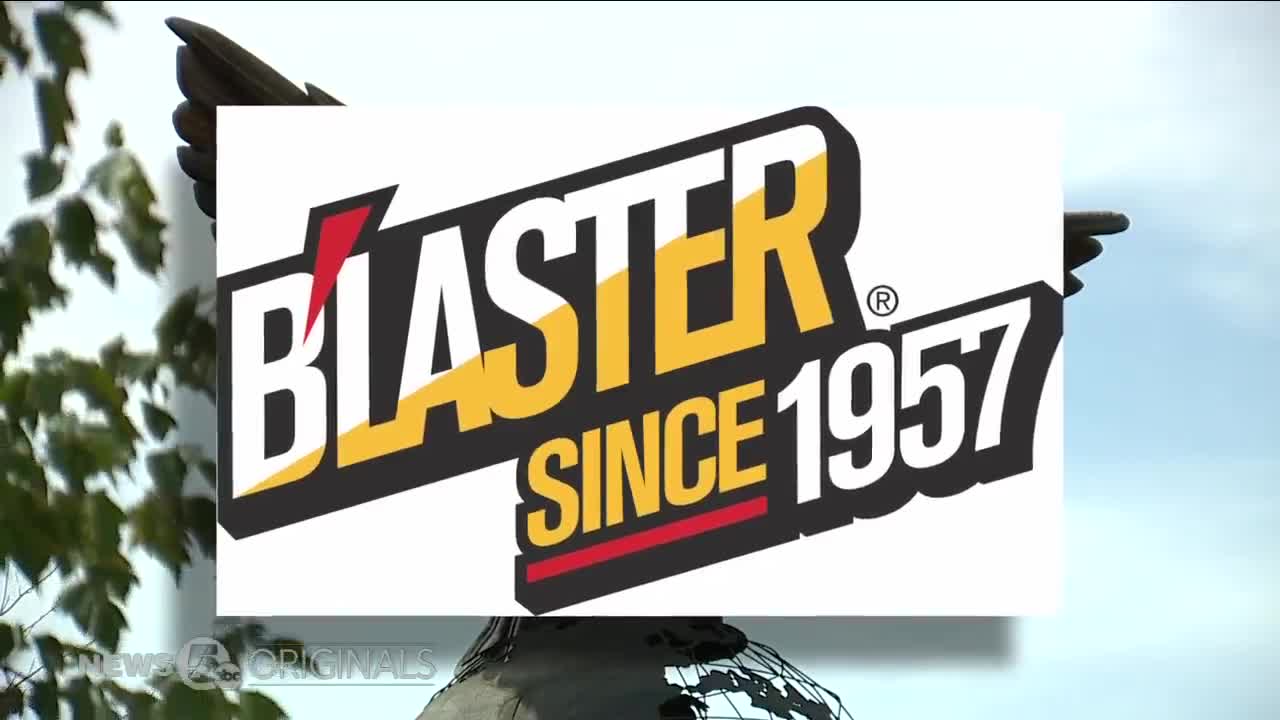 As part of the News 5 Cleveland Buckeye Built series, reporter Meg Shaw went behind the scenes of a business, which has prevented bustled knuckles for decades: Blaster Corporation. 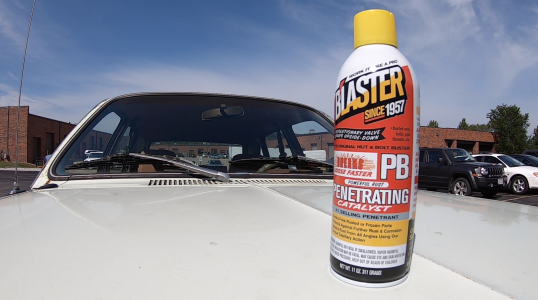 VALLEY VIEW, Ohio — From Cleveland to Columbus and Toledo to Cincinnati, Ohio is packed with companies who call the Buckeye State home.

As part of the News 5 Cleveland Buckeye Built series, reporter Meg Shaw went behind the scenes of a business, which has prevented bustled knuckles for decades: Blaster Corporation.

The Blaster Corporation story first started in Cleveland in 1957. William K. Westley founded the company in his bathtub. Westley created a mixture for a friend who was having a problem with mining equipment at a phosphate mine in Florida. None of the oils he used were able to break through the corrosion - until PB Blaster. The penetrate ate through the rust and corrosion and eventually freed the nuts and bolts that were stuck on the equipment.

Twenty years later, Westley sold the company to Bernie Porter, a Cleveland investment banker. From 1980 to 1991, Porter worked to expand the the product line of Blaster Corp. By 1991, the company sold home, industrial, automotive, marine and heavy-duty truck applications.

Then in 1991, Porter's son, Tom, took over the Blaster Corp. as chairman. Tom, too, continued to push the company to increase its product line. He also worked to increase product distribution throughout the United States and beyond.

In 1997, the company moved its global headquarters to Valley View.

From 1997 to today, the Blaster Corp. has pushed itself to become more widely known. Leaders within the company revamped marketing practices to reflect its mission of helping Rust Belt warriors plus the everyday, do-it-yourself worker.

Billboards are meant to grab people's attention. The Blaster Corporation has done just that.

The company rolled out various billboards that read, "Don't bust your knuckles, bust yours nuts." The phrase was created by the company years ago when they were trying to promote a product on a national syndicated radio show.

"We used it a little bit along the way. As we re-branded we are like, you know, this is our brand again, this is us," Randy Pindor, president of the Blaster Corporation, said.

So when the radio slogan made its way to billboards across Northeast Ohio, people were talking.

Pindor said most of the time people love the ads, but sometimes they don't. They're okay with that.

"It's a following of people who love that irreverent kind of marketing and and those are our customers," Pindor said.

The Blaster Corporation manufactures its products out of two locations in Northeast Ohio: Valley View and Medina.

In Valley View, various products are filled into cans and prepared for shipping. Pindor said, depending on the product, one line could put out 50,000 to 60,000 cans in a day in one shift.

The company's president said the Blaster is proud to be based in the Cleveland-area.

Pindor also touted Blaster's employee base at both the Valley View and Medina locations. He said it's a family-run business so a lot of their practices revolve around family.

Nearly five years ago the Blaster Corporation launched a program called Blaster University, or Blaster U.

The program was created to support the next generation of skilled mechanics and technicians.

Pindor said too many skilled jobs are going away and they hope to change that with Blaster U. "We need plumbers, we need electricians, we need carpenters, we need mechanics, we need welders."

The company partners with vocational schools and career centers all across the country. They supply the classrooms with videos and products.

Joe Lamatrice, an auto service technology instructor for the Cuyahoga Valley Career Center, uses the program in his classroom.

He said Blaster U helps students to build their reputation and portfolio.

According to the National Automobiles Dealers Association, the industry is actually facing a crisis.

Every year they need to replace about 76,000 skilled technicians. But, only about 37,000 new technicians enter the field every year —leaving a shortage of nearly 39,000 trained technicians.

“When I first started here, I would get to be able to help students get jobs. Now I have more jobs than I have students," Lamatrice said.

Pindor said they plan to keep growing the program with plans of expanding it into Canada and Mexico.

For more information about the Blaster Corporation, CLICK HERE.