Coronavirus could have economic impact on Cleveland 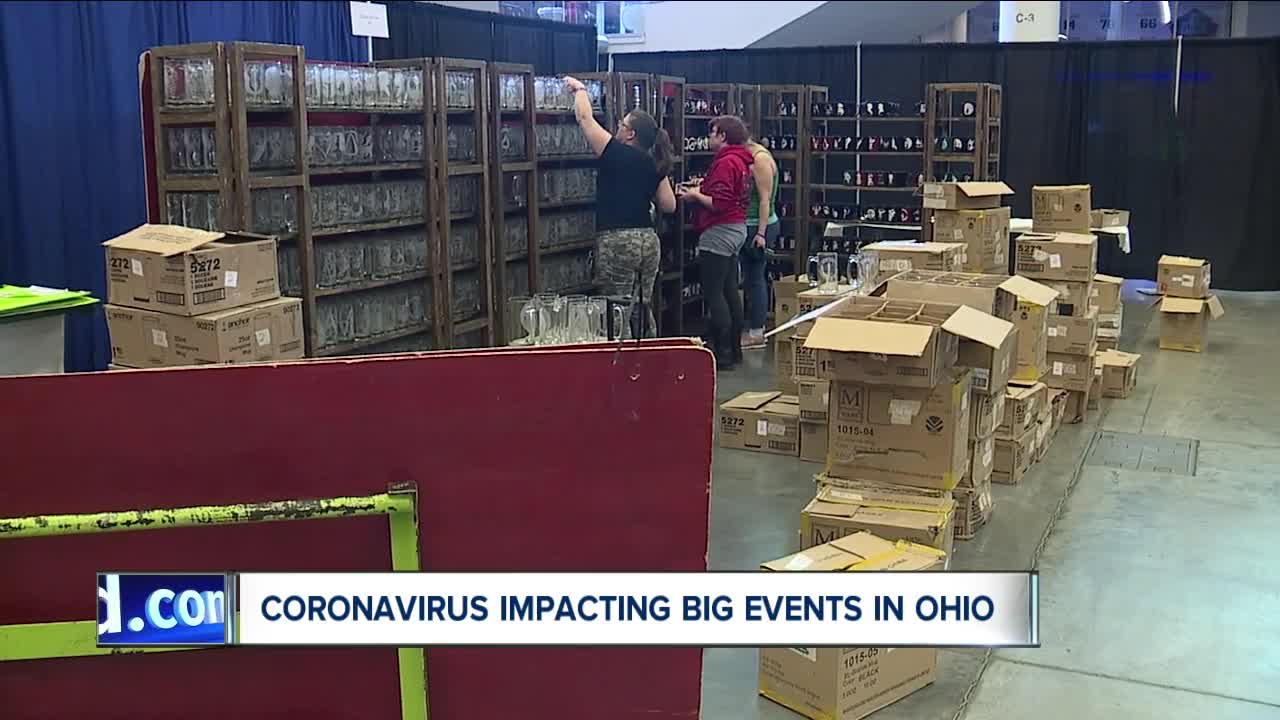 CLEVELAND — The convention circuit is a full-time job.

Joshua Botello travels to “about 40 weeks’ worth of conventions all across the states."

This weekend he’s in Cleveland for the Wizard World Convention.

Botello was setting up his booth for the three-day event on Thursday afternoon.

He got to Cleveland that morning after a stop in Chicago and Portland before that.

"We go from the West Coast to the East Coast -- just all over the place and it's worth doing it,” he said.

This weekend, at a smaller but popular convention, Botello expects to make five figures.

That kind of money is partly why the organizers of the convention weighed their options before deciding to keep the convention going amid the coronavirus crisis.

As a spokesperson for Wizard World, Milani said they want people to stay safe and have fun. More hand sanitizing stations have been added to the Huntington Convention Center downtown and signs will go up reminding people to wash their hands thoroughly.

The organization encourages people who feel sick to stay home.

These conventions aren’t just big business for vendors. Destination Cleveland tells News 5, more than 232,000 people came to the city for conventions in 2019.

With those visitors came money to hotels, restaurants and entertainment.

As of 5 p.m. on March 5, no one in the state had tested positive for the virus.

Visitors to the convention center for Wizard World could spend tens of thousands of dollars on merchandise.

As the weather warms up, events and conventions become more prevalent in the city.

Within the next several weeks, the city will host the MAC men’s and women’s basketball tournament. Nearly a week of basketball means almost $15 million for bars, restaurants and hotels in the city.

Cleveland will also host the first and second round of the NCAA Men’s Basketball tournaments. Fans could bring in $8 million over the three days of games.

Right now, all future events in the city are still going on as planned.

RELATED: 3 people now under investigation for possible coronavirus in Ohio