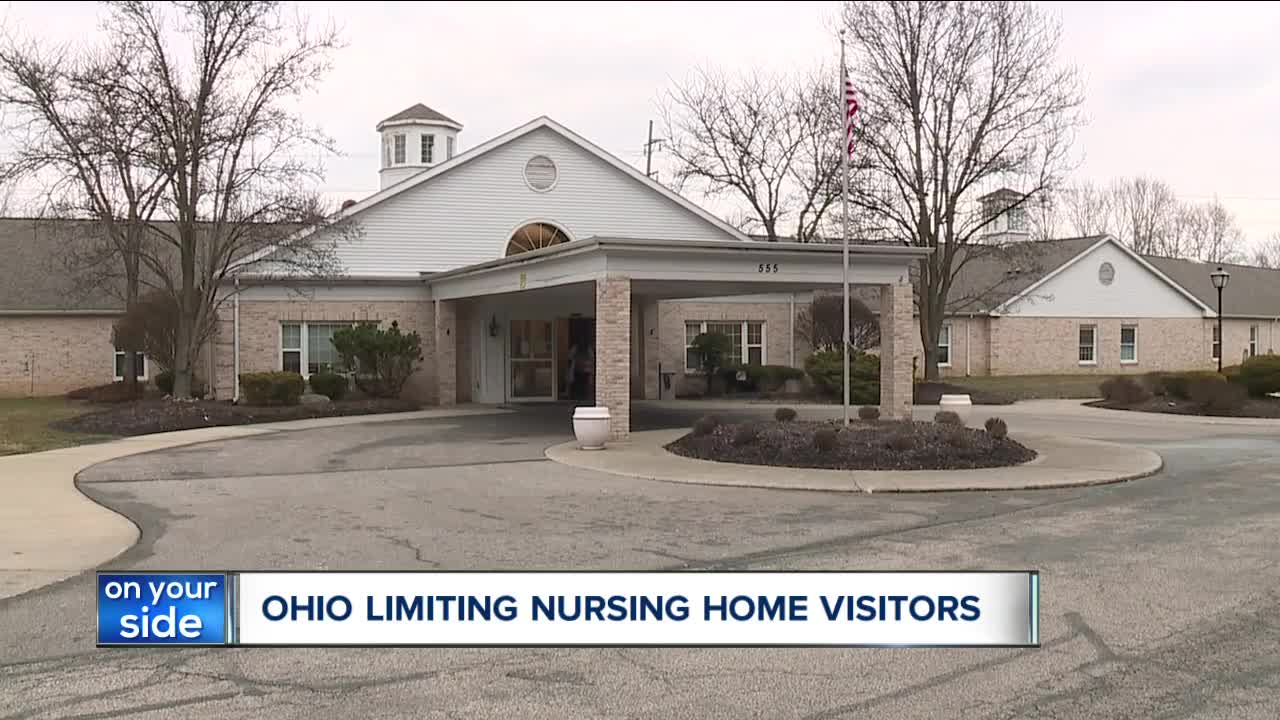 In an effort to protect those most vulnerable from coronavirus, Ohio Governor Mike DeWine is issuing an order limiting visitors to nursing homes and assisted living facilities. 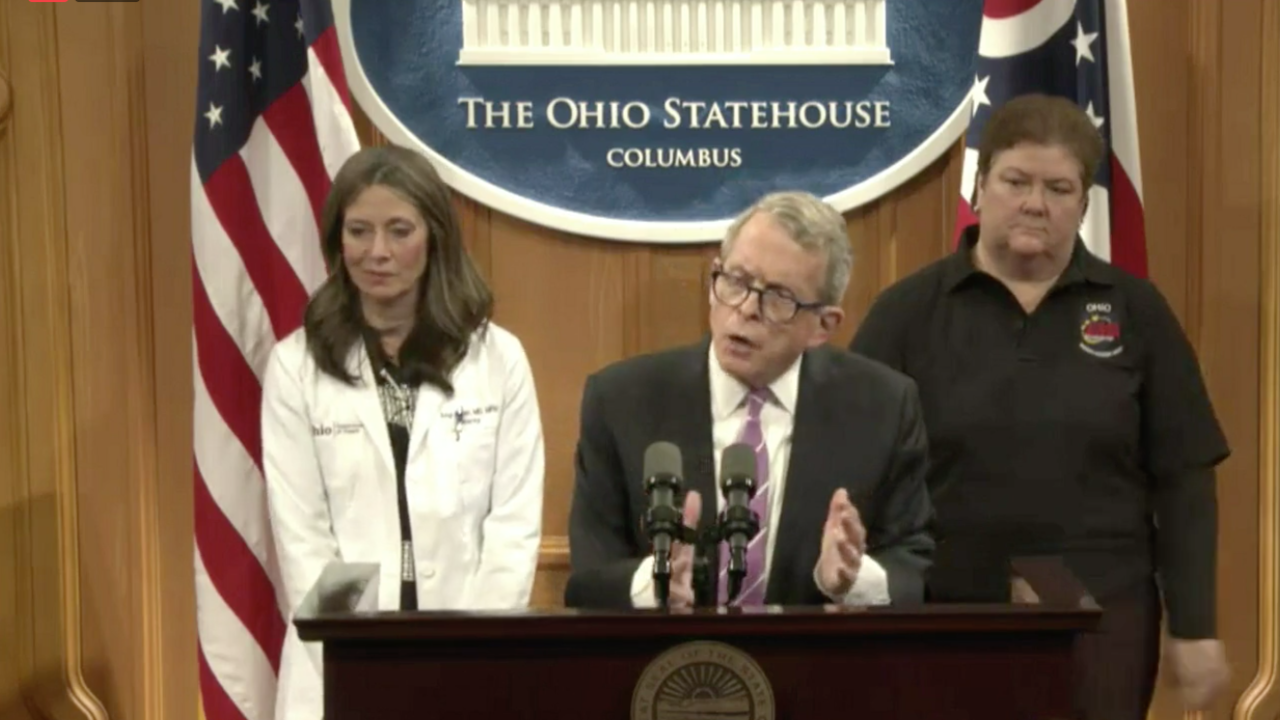 COLUMBUS — In an effort to protect those most vulnerable from coronavirus, Ohio Governor Mike DeWine is issuing an order limiting visitors to nursing homes and assisted living facilities.

At a news conference Wednesday, DeWine said the order will limit visitors to one per day per resident. The order will limit these facilities to one point of entry, and everyone who passes through them will be screened for their temperature and potential illness.

DeWine said logs of all visitors, vendors and other people entering and exiting the facilities must be kept.

The next step will be to ban all visitors, but DeWine said: “We’re not there yet.”

“This is a vulnerable population and we must do all we can to protect them.,” DeWine stated in a tweet.

As of Wednesday, there were four confirmed cases of COVID-19 in Ohio and 24 persons under investigation. The fourth case in a man in his mid-50s in Stark County, is the first example in Ohio of community spread of the disease, state officials said. This means the man had no history of travel outside the United States, and had no known contact with someone else with the disease.

“Community spread takes us into a different area,” DeWine said at the news conference, indicating that further steps to prevent the spread of the disease may be announced in the coming days.

The American Health Care Association and National Center for Assisted Living released recommendations for facilities, including a screening checklist that prohibits people with respiratory symptoms (fever, sore throat, cough, new shortness of breath) from entering the building, as well as those who have traveled internationally in the last 14 days to areas with confirmed COVID-19 viruses, among other criteria.

The Centers for Medicare & Medicaid Services also released guidelines which differ slightly. Those guidelines expand on what is meant by ‘restricting’ and ‘limiting’ visitation, explaining that “restricting means the individual should not be allowed in the facility at all” until they no longer meet criteria that include international travel, symptoms of a respiratory infection or contact with someone who has a confirmed diagnosis of COVID-19. Meanwhile, “limiting means the individual should not be allowed to come into the facility, except for certain situations, such as end-of-life situations or when a visitor is essential for the resident’s emotional well-being and care.”

News 5 spoke to Fred Stratmann, a spokesman for Communicare Health, a company that owns and operates more than a dozen nursing homes and facilities in our area, including two in Stark County, and a total of about 90 across the country. The company is restricting visitors at all its facilities, making some exceptions for patients with dementia, for whom there is a medical benefit to visits.

With so many residents who have compromised immune systems, Stratmann said, “It would be very dangerous for us to have this unfettered visitation, even with the screening process in place.”

However, Stratmann said the company was making exceptions for family members of hospice patients.

“We certainly wouldn’t want to have anyone in a situation where a loved one is in their final days or hours and not have family there,” Stratmann said. “That’s unthinkable to us and we felt that it’s necessary to make that exception.”

Sanctuary of Medina and its sister facility in Wadsworth are following similar procedures, allowing hospice patients and dementia patients to have visits.

“The last thing that we need to do is have the same thing that happened in Washington happen here,” said Megan Dixon, director of nursing at Sanctuary of Medina.

For other residents, Sanctuary and Communicare are encouraging alternatives to face-to-face visits.

“We have offered letters, reading letters, phone calls, videochatting as well, so that we can keep the communication open with them at all times,” Dixon said.

“Because they deserve it,” said Cassy Davis, assistant director of nursing at Sanctuary of Medina. “Because they worked their whole lives, took care of us, so it’s our turn to take care of them.”

In his announcement Wednesday, DeWine said he is not ordering any K-12 schools to close in Ohio.

“We may get to that point – but not today,” DeWine said. “If it comes that, we'll work with the legislature and schools to seek to waive testing requirements if schools need to be closed.”

On Wednesday, DeWine announced sweeping, statewide recommendations to slow the spread of COVID-19, including holding sporting events without spectators, limiting large gatherings of people, and implementing remote learning at college and universities in Ohio.