Daughter sends mother, other nurses at UH in Parma memorable 'thank you' 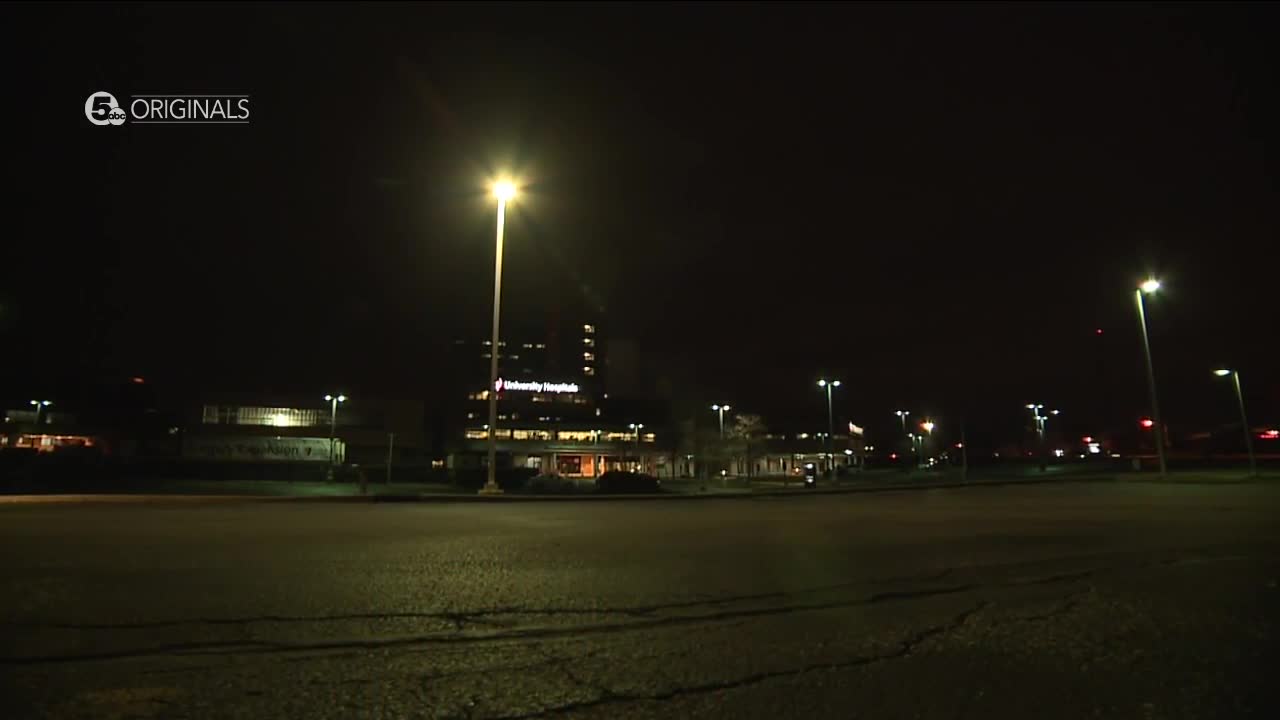 A Parma woman wanted to show her appreciation for the work being done by her mother and other frontline healthcare workers at the UH in Parma. 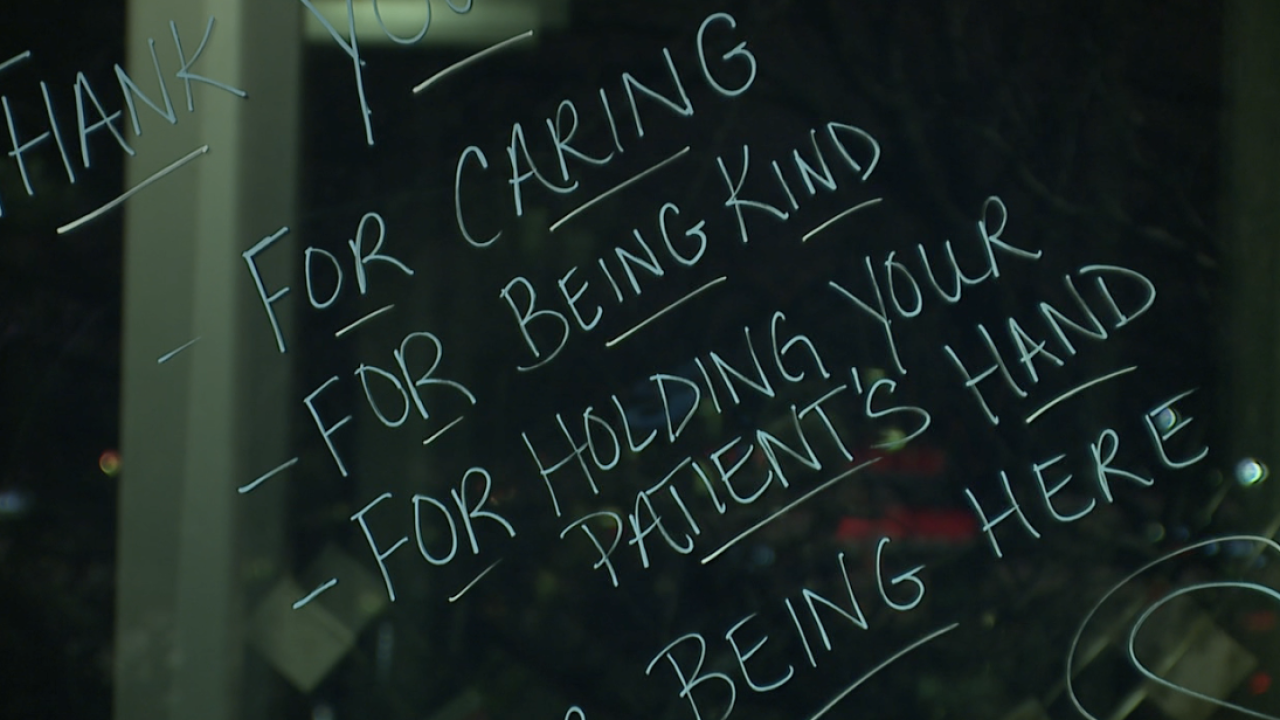 PARMA, Ohio — Kim Gorbett set out with one mission.

She wanted to show her appreciation in a way that all the women and men inside the University Hospital in Parma would see.

So, how do you say thank you for being amazing to an entire hospital?

Sometimes it’s as simple as turning on a few lights and making a lot of noise.

Nearly every Tuesday for the last two months, Gorbett and a parking lot full of people filled the night with flashing car lights and blasts from car horns.

"They go into that building. They are essential workers. They go in there everyday and I think they are amazing,” Gorbett said. "I saw different videos and stuff of people doing this around the country."

So she decided it was time to do something like that in Northeast Ohio.

"It's very heartwarming because it shows there are people out here rooting for them,” said Cheyann Kline. She came out one night to honk her horn for hospital workers.

Since awareness of COVID-19 ramped up earlier this year, various ways of thanking healthcare workers have grown louder and brighter across the state. Gorbett already knows how hard the women and men inside these hospitals work because of her mom.

Donna Gorbett is an operations supervisor at UH.

"It wouldn’t even be a thought, I mean this is what I do,” Donna Gorbett said about coming to work during the pandemic. “I’ve been doing it for enough years and it’s a part of my life. It’s a part of me. And I love the people here. There’s nowhere I would rather be. If they’re gonna be up there, I’m gonna be up there supporting them.”

Gorbett said the job is rewarding enough for her but some of her team has been effected by the show of support from residents.

"I mean, it means the world to me,” she said. “But I was out there a couple of times with a couple of nurses and I had nurses brought to tears, they were so appreciative.”

For more than 50 days, the stay-at-home order and social distancing guidelines have changed the way we say ‘thank you’ to each other.

"Doing this job is rewarding on its own, but to see that and know people appreciate you is kinda nice,” Donna Gorbett said.