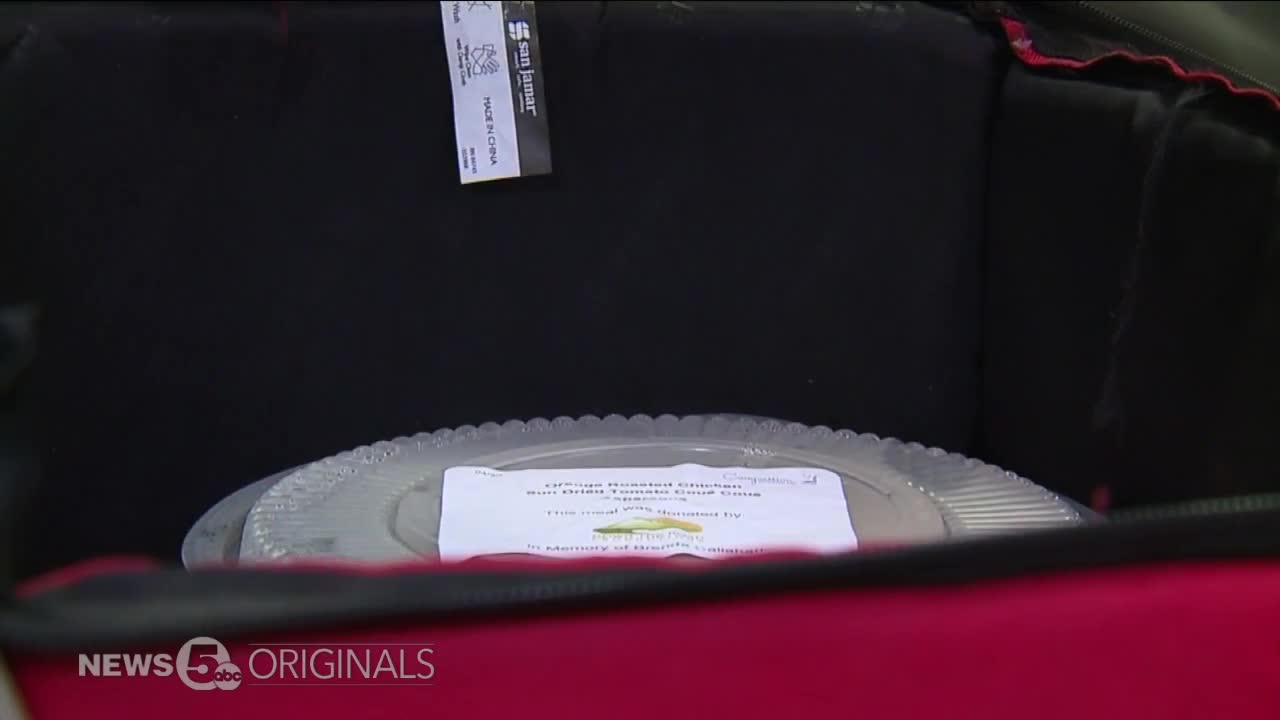 A Stark County nonprofit and its dedicated regiment of steadfast volunteers remains committed to its mission of bringing fine dining and healthy meals to the most vulnerable population. Although COVID-19 has prompted changes, the pandemic isn't getting in the way of their deliveries. 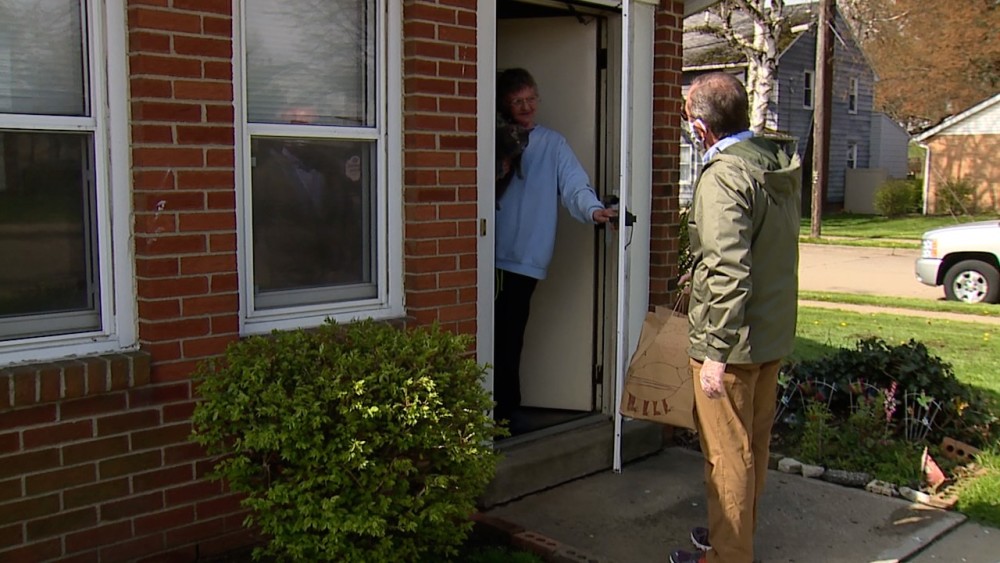 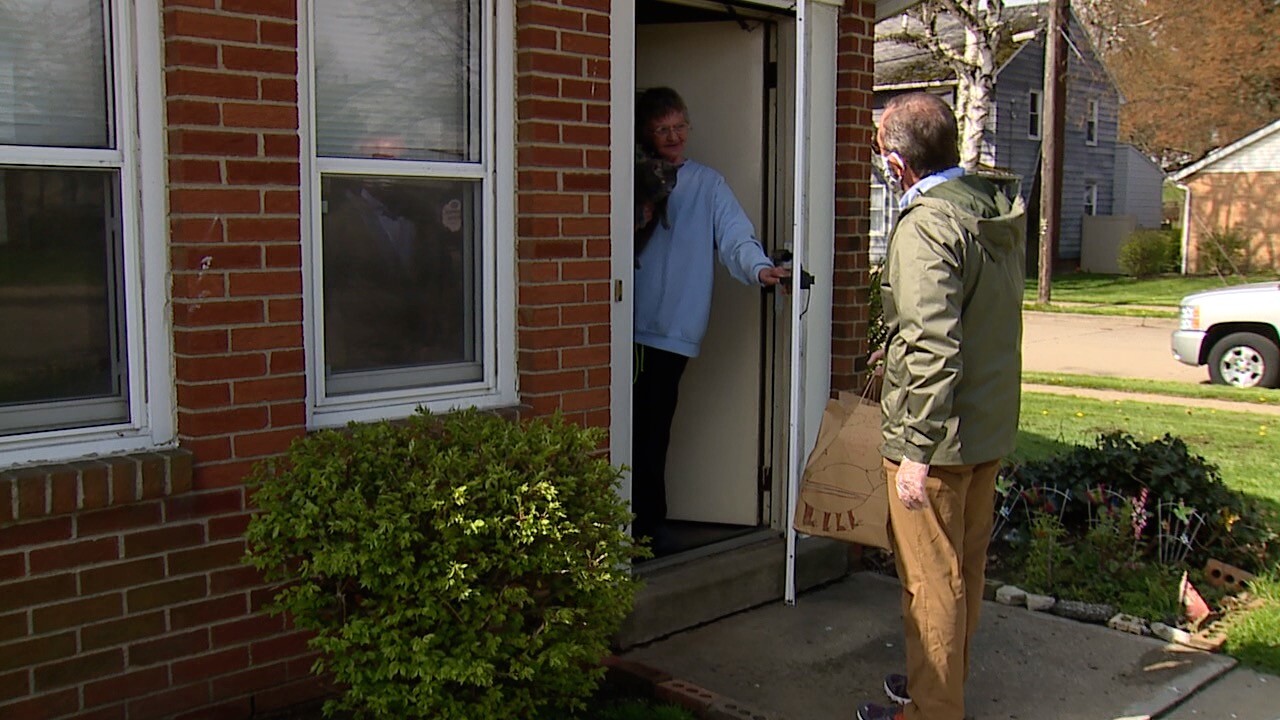 CANTON, Ohio — A Stark County nonprofit and its dedicated regiment of steadfast volunteers remains committed to its mission of bringing fine dining and healthy meals to the most vulnerable population. Although COVID-19 has prompted changes, the pandemic isn't getting in the way of their deliveries.

Co-founded by Amanda Anschutz and her husband, Daniel, in 2017, Compassion Delivered has provided thousands of meals for people suffering from terminal or life-threatening illnesses. Daniel Anschutz, a culinary-trained chef that has worked at some of the most upscale restaurants in the region, spends his days off cooking the high-quality meals before volunteers parse each one in to-go ware. One by one, volunteers then deliver the meals to people all around the Canton and Stark County area.

"When we started this, we thought we would be changing people's lives. But, honestly, in the three years they changed our lives," Amanda Anschutz said.

Since day one, it has always been about more than just meals.

Wearing plastic gloves and a homemade mask, Lou Monnot reaches into his trunk. Large paper bags stuffed to the brim are neatly arranged in the back of his SUV. Before grabbing a couple of them, he checks his list.

He takes the bags and walks up a gravel walkway leading to a man named George's basement apartment unit. Monnot knocks on the door.

"Hey George! How are you doing today, George?" Monnot said. "Hey, you're up in the chair!"

The two talk briefly as Monnot places the week's worth of food in George's apartment. Today was a good day, Monnot said.

"He was pretty good. Other times he has really struggled just to get to the door," Monnot said. "The best part is just getting to know them, helping them. [They know] that somebody else is there for them. They are not going through this alone."

Anschutz said the inspiration for Compassion Delivered came after she and her husband learned about a similar organization in Colorado. She later discovered that there was a void in services for those facing terminal illnesses in Stark County. What she quickly realized, however, is that in addition to the meals, the weekly visits from volunteers gives those receiving the meals a form of human interaction and camaraderie.

"It is more than just meals to us; it's a relationship that we get to build with people that are just fighting for their life," Anschutz said. "We get to share funny stories, share good things or be there when times are hard and be there to have a shoulder to cry on."

COVID-19 has been barrier to that. To keep everyone healthy and in order to adhere to social distancing guidelines, those conversations between volunteers and clients have grown shorter. Instead of talking in the living room or kitchen, the conversations take place on the front porch. It has been a tough adjustment, Anschutz said.

"The people we serve are already isolated but now they are even more isolated because they don't have that human connection that they so need," Anschutz said. "To not have that direct communication and contact with them now is really difficult. They are struggling."

The volunteers are struggling with it, too. For Monnot, it is especially difficult.

"I remember when Rose and I were receiving the meals," Monnot said. "It's just a blessing to know that they were there. We kind of learned to love [Compassion Delivered] actually."

In 2017, Monnot's wife of 31 years, Rose Anne Monnot, was diagnosed with a brain tumor. Monnot was devastated. He retired a few months later in order to spend as much time with her as possible. Later that year, Anschutz asked the Monnots if they would be willing to help pilot the Compassion Delivered project.

"It's a great organization. That's why I wanted to stick with it even after my wife passed away," It's been a blessing to me and I've always tried to be a blessing to someone else."

After the brief delivery to George's apartment, Monnot heads back to his car. A slight breeze blows and a windchime begins to ring.

"I can feel her. I see her struggle in a lot of these people," Monnot said.