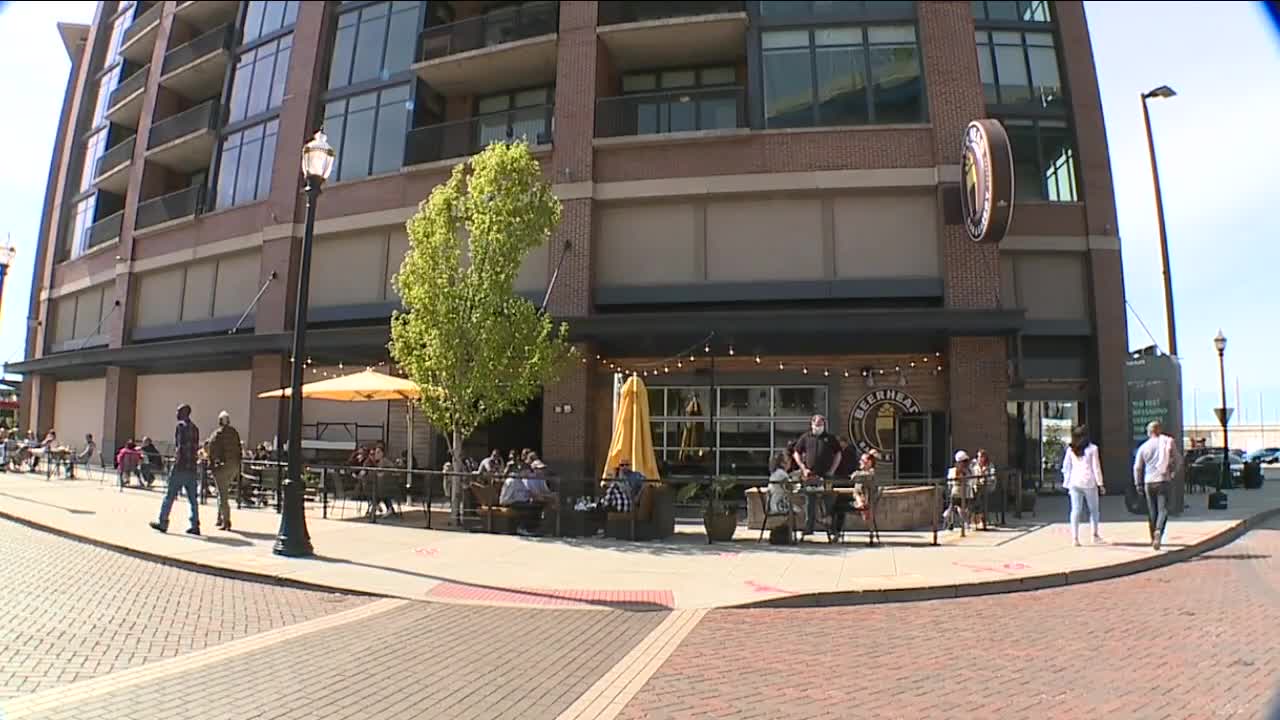 Some restaurants and bars in Northeast Ohio were successfully enforcing social distancing on their first weekend able to reopen outdoors while others struggled. 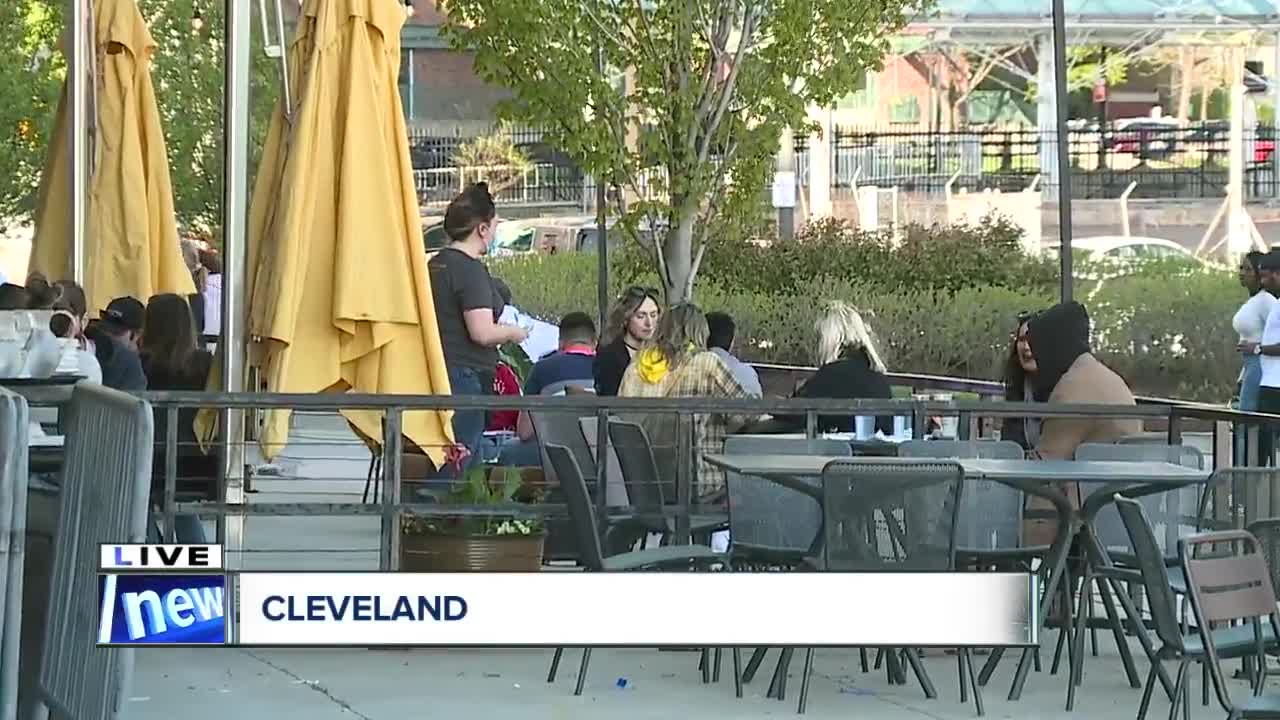 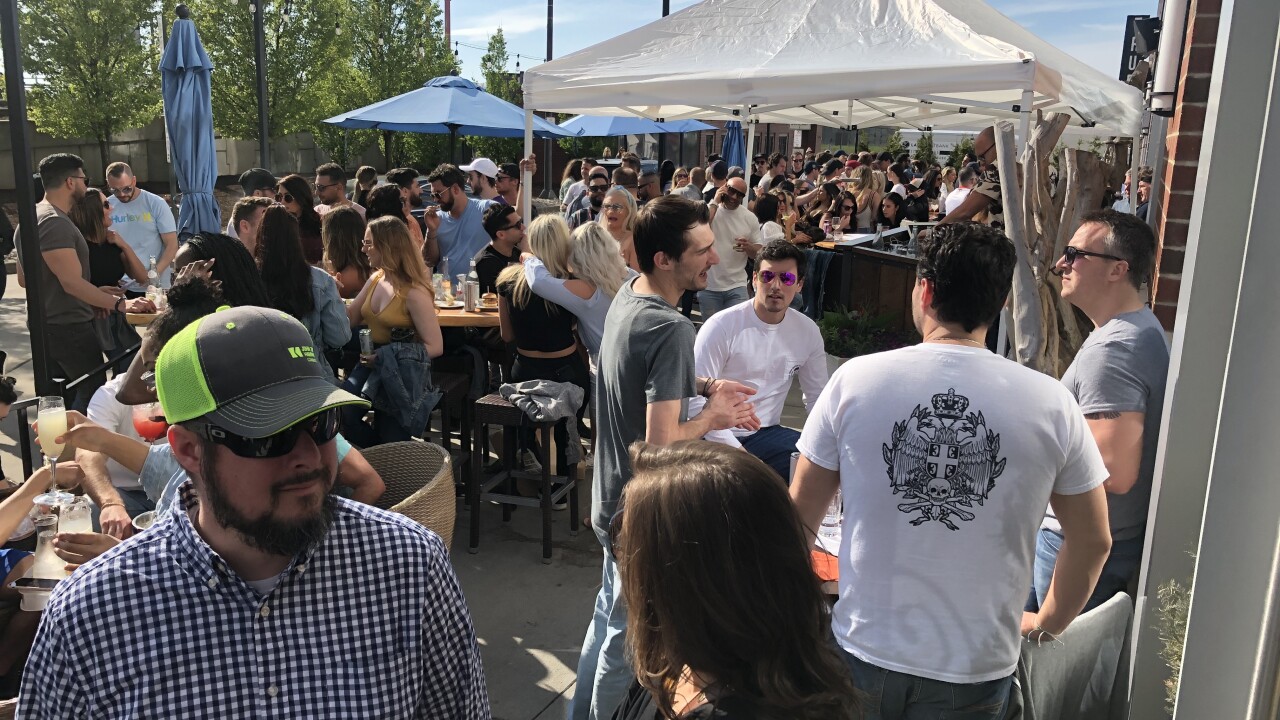 CLEVELAND — Many Ohioans got their first taste of spring when restaurants and bars across the state opened for patio service Saturday.

It had been two months since Brittany Baker and Marisa Ostapchenko could sit across a table from one another so they weren’t going to pass up their first chance Saturday.

“It’s a little chilly because we’re by the water but I love it I’m just so excited to be outside of my house,” Ostapchenko said.

Along with their lunch and beer, there were fairly sizable groups of people nearby at Beerhead Bar and Eatery and Lindey’s Lake House.

“Honestly, it’s just really interesting to see all the people that are out right now,” Baker said.

Beerhead Area Manager Scot Knierieman made sure even growing crowds were properly spaced.

“We measured out our patios from setbacks to seat backs to what a normal person would be sitting at so we took a lot of conscious effort putting that tighter,” said Knierieman.

The last two months have been hard for any business and he said Beerhead eventually got some financial assistance, but many of the employees never got any money through the unemployment system.

Knierieman said opening back up means balancing the need for a paycheck with making sure everyone stays healthy.

“I went into this weekend with the mantra: ‘Everybody needs to really pay attention and respect everyone’s boundaries,” Knierieman said.

But that mantra wasn’t on display everywhere.

Some serious social distancing goin on in the flats #secondwavecomin pic.twitter.com/JNsx7mVBQo

The manager said he had told the DJ to turn the music down and that his staff was starting to cash people out to encourage them to leave.

Even where crowds were in control at restaurants like Beerhead, few if any customers were wearing masks.

“I mean I have mine in my purse,” Ostapchenko said. “I wasn’t sure what was going to go on today.”

Knierieman said social distancing requirements are cutting Beerhead’s capacity at least in half, but it’s worth it even if just for the message it sends to open his doors again.

“You still want people to think at the end of this there’s going to be a place to go,” Knierieman said.

The Cuyahoga County Board of Health told News 5 it is not aware of any complaints about overcrowded patios.