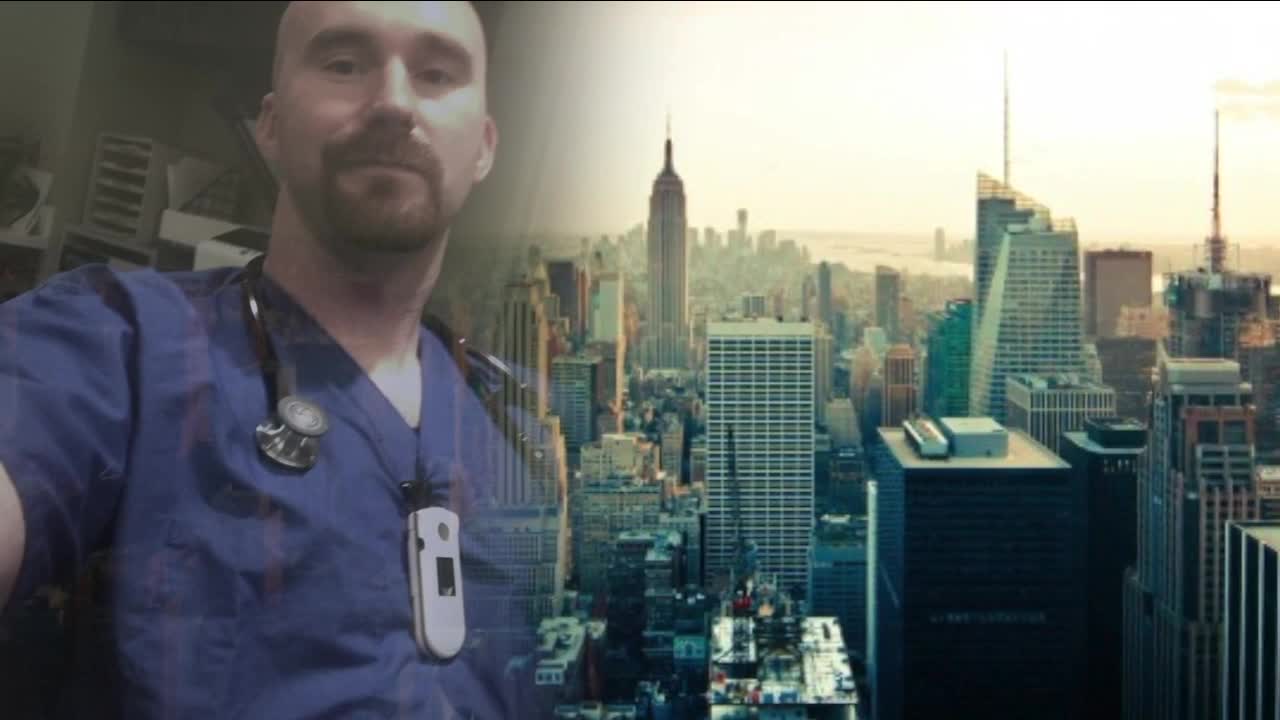 Nurses around the country have been recruited to step up and serve in New York as the number of confirmed cases are rising every day.

MIDDLEBURG HEIGHTS, Ohio — New York is being hit hardest by the coronavirus here in the U.S. with more confirmed cases and deaths than any other state.

Nurses around the country have been recruited to step up and serve there as the number of confirmed cases are rising every day.

Hundreds of cars lined up Thursday outside of Southwest General Hospital in Middleburg Heights to show their appreciation for all the doctors, nurses and hospital staff on the front lines of the COVID-19 pandemic, including beloved E.R. nurse Eric Keith.

Keith has his bags packed and leaves Saturday to work in the epicenter of the virus here in the U.S.

For most people, a trip to the Big Apple is a celebration.

“I started doing a little research and I guess I’ll be learning how to use public transportation,” Keith said.

For Keith, his first time in New York will not be a vacation.

“She was kind of telling me about what the people in New York were going through, how resources were tight, hands were few and far between,” Keith said.

He’s leaving behind his family, colleagues and hometown after being recruited to work in a Brooklyn hospital.

“So I wanted to go where the greatest need was where I could do the most good,” Keith said.

With five years under his belt working in the healthcare industry, he said he’s ready for anything that comes his way.

“Emergency medicine, night shift, always worked it,” Keith said, “I’m not sure exactly what they’ll need from me, but I’m basically open to wherever they put me, whether I’m working in a tent or in a facility.”

He’s scheduled to work in New York for the next 13 weeks, but Keith knows he could potentially be there for much longer as the situation progresses.

“I found an Airbnb for the first month,” Keith said, “After that I’ll just have to figure it out.”

It’s a bittersweet goodbye for his work family at Southwest General.

“I know that times are going to be tough but I wouldn’t say that I’m too worried,” Keith said, “If they’re anything like my team I have here at Southwest I think we’ll be fine.”

Feel free to share your words of support for Eric Keith online. Just look for this story on our News 5 Facebook page.

Correction: An earlier version of this story stated that cars lined up at Southwest General Hospital to say farewell to Eric Keith. However, residents formed the parade to show their appreciation for all of the hospital's staff.