The one thing Ohioans do together during coronavirus: The daily DeWine press conference 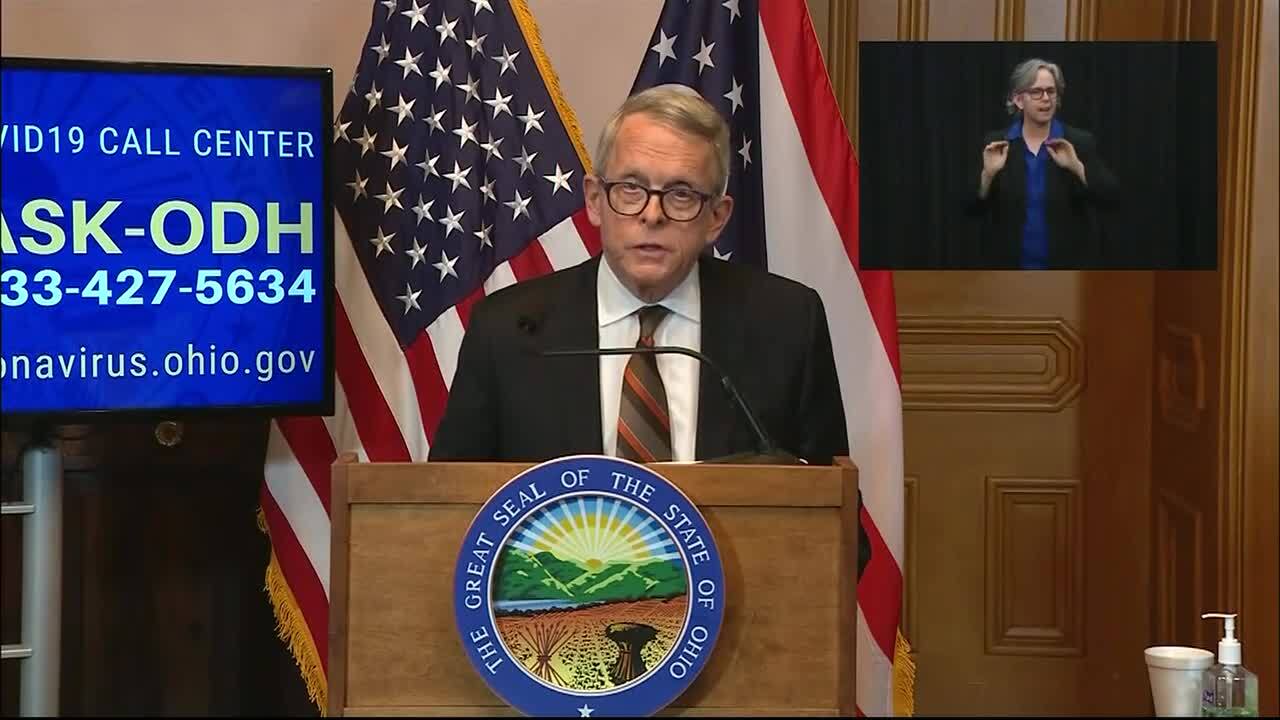 Gov. Mike DeWine gives an update on coronavirus on Tuesday, a daily news conference that has become the social event for Ohioans everywhere.

Each day around 2 p.m., or sometimes closer to 2:30, residents across Ohio are tuning in – not to your regularly scheduled daytime TV, but to Ohio Gov. Mike DeWine’s daily coronavirus news conferences, which are not just a source of vital information for Ohioans, but now provide a much-needed source of community for a state asking citizens to distance themselves from each other.

It is during these conferences, which are streamed on The Ohio Channel from the Statehouse and carried on-air and online by News 5 and other news outlets across the state, that the governor has announced some of the most sweeping changes to daily life in Ohio, from bans on mass gatherings, to the closures of government agencies large and small, to the most recent order, issued Sunday, ordering all Ohio residents to stay at home for all but a handful of essential purposes.

Given the gravity of vital information disseminated to the public through these press conferences each day, it is no wonder tens of thousands of Ohioans are turning in to watch live and discuss on social media.

Because Ohio is Ohio, and we've been there and done that in terms of finding ways to soldier through rough times, those watching have found ways to bring levity to the proceedings.

Dr. Amy Acton, the director of the Ohio Department of Health, has become an unlikely celebrity in the state and beyond for her part in the daily briefings; she has been roundly praised for her knowledgeable and commanding presence, one that informs and empathizes with residents without inducing panic, yet lets us all know that danger is near.

Last week, a Columbus-based T-shirt company created apparel that pays homage to Acton, who they say “has emerged as a voice of reason and a beacon of light for those of us looking for ways to act.”

And the Dr. Amy Acton Fan Club, a public Facebook group formed a little over a week ago, is already over 61,000 members strong as of Thursday, with fans sharing memes and messages of adoration for the director.

“I am an RN and look up to Amy for her guidance,” said Jennifer Deards, one of the moderators of the group. “The way she is supporting Ohio is amazing!”

Deards moderates the group with the founder, Deborah Hellmuth Bosner, with whom she went to school. Bosner started the group when a friend replied to a post she made about Acton suggesting she form a fan club for the ODH director.

“I know as a nurse I am very proud to have her guiding us through this pandemic,” Deards said. “Her transparency is helping me as a nurse get through this unprecedented time. She makes me proud to be a nurse in Ohio.”

Of all the messages Acton has relayed during these daily briefings, Deards said her favorite so far has been: “Life is not shutting us down. It is waking us up. This is not pulling us apart, it is pulling us together. This is our moment in time. I am not fearful. I am determined.”

Then there’s “Wine with DeWine,” a drinking game circulating on social media created by the self-described “Twitter Bon Vivant” known as McNeil, whose popular handle @Reflog_18 is well-known to Cleveland sports fans.

He said the game evolved from a tweet with betting odds on things that commonly occur during the governor’s daily coronavirus briefings. That turned into “Mike DeWine Presser Bingo.”


“All the lushes on social demanded a drinking game, so I made that,” McNeil said.

Participants are supposed to drink every time the phrases “Flatten the Curve” and “we are all in this together” are uttered, for example.

For the sake of public health -- and that's what it's all about these days -- News 5 does not actually recommend that anyone attempt to play Wine with DeWine.

McNeil said he is also proud of one of his recent GIFs, which put the heads of DeWine, Acton and community-favorite sign language interpreter Marla Berkowitz on a scene from the WWE.

LET’S GET IT ON OHIO!!! pic.twitter.com/R0KhJuaT1n

While he’s glad to be a source of fun in the age of coronavirus, McNeil says he’d like to get back to his bailiwick.

“I just really need sports back,” he said.