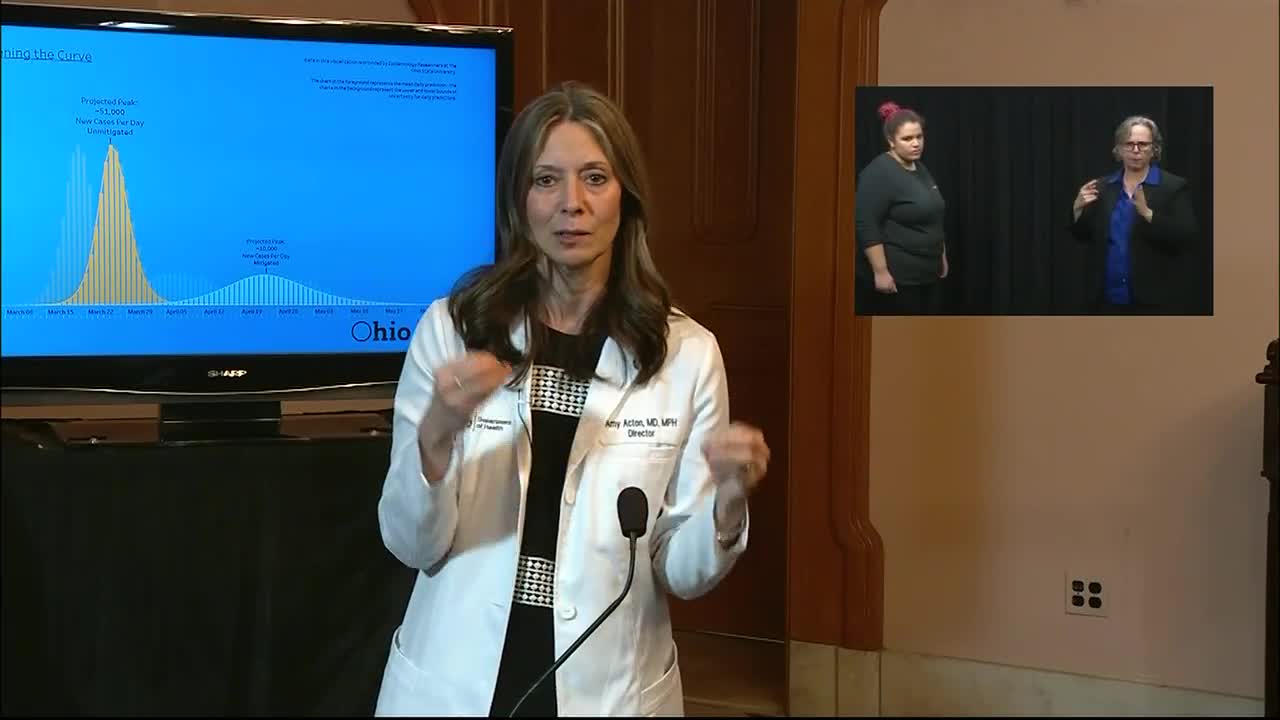 Dr. Amy Acton explains that the state of Ohio currently has no way to surface data on how many people have recovered from coronavirus.

The question of why we don't report on COVID-19 recoveries is one we get a lot on social media.

We'll do our best to explain it.

Each day, the Ohio Department of Health reports the latest statistics on the spread of coronavirus in Ohio – new cases, deaths, hospitalizations, age range of cases, and more. What’s not in those daily updates is the total number of patients who have recovered from COVID-19.

So to answer the question: There is no conspiracy by the media to suppress good news about the coronavirus, as some have suggested. It’s a simple matter of available data.

“Unfortunately, we are not collecting this information at the state level so we cannot give an accurate number,” said Melanie Amato, a spokesperson for ODH. “We do want to tell this story and we are figuring out what data we can gather to help us show it.”

On Friday, when asked by a reporter about whether the state has numbers for people who have recovered from COVID-19, ODH Director Dr. Amy Acton said:

“I don’t think we’ll have an accurate number that we can talk about, based on the date of onset and the 14 days [of self-quarantine]. You can take a look at the cases we have. But as I’ve told you, I’ve seen drastic numbers about how many more cases there are than are being tested for. We’re only testing the tip of the iceberg. We know many, many people have had this disease. In fact, if you’re having this disease and can’t be tested, you’re hearing from your doctor to assume you have it and stay to home. And they’re helping you ride it out.

“To say who has recovered or not when we have no way of knowing what doctor has talked to which patient and if they’re recovered – we just don’t have anything like that yet.”

At the county level, Cuyahoga County is tracking the number of people who have recovered, and it released some of that data in a chart during its daily briefing on Friday:

News 5 has reached out to the CCBH for details on how many recovered cases have been reported in total to date.

In the entire United States, there have been 153,246 total cases confirmed as of Monday afternoon, and 5,579 reported recovered cases, according to data from the John Hopkins University Coronavirus Tracker. Worldwide, the total confirmed cases are now at 770,653 and 160,130 recovered cases. That tracker, which you can bookmark on our site, updates often.