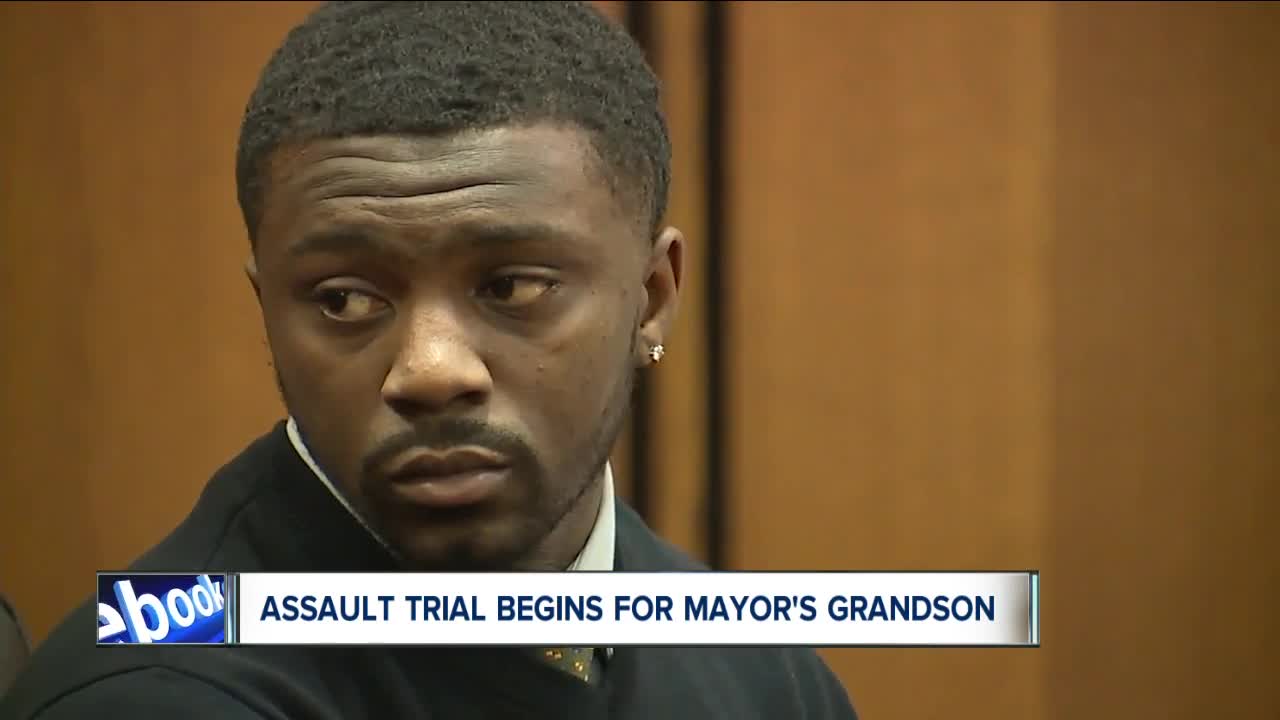 The first day in the assault and abduction trial of Cleveland Mayor Frank Jackson’s grandson, Frank Q. Jackson, brought combative and at times contradicting testimony from a chief witness and the alleged victim of the incident. 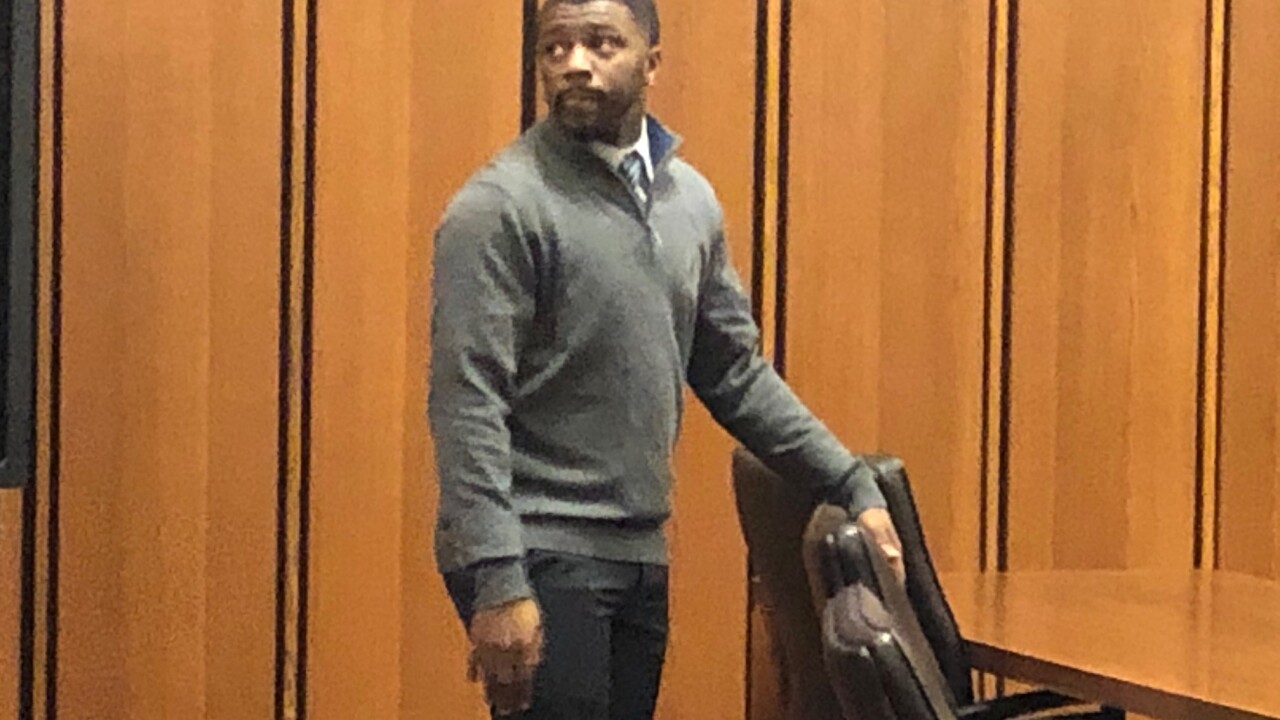 CLEVELAND — The first day in the assault and abduction trial of Cleveland Mayor Frank Jackson’s grandson, Frank Q. Jackson, brought combative and at times contradicting testimony from a chief witness and the alleged victim of the incident. Jackson is accused of beating, choking and striking a former girlfriend with a trailer hitch while the two were riding in Jackson’s truck in June 2019.

In its opening statements, Jackson’s defense team told the jury the evidence will show that their client acted in self-defense from a ‘wildly aggressive’ woman and that Jackson’s former girlfriend was the primary aggressor.

The first person called to testify was one of the chief witnesses of the altercations, which occurred in the parking lot of a gas station on the east side as well as in the parking lot near a CMHA complex. The witness, who is 17, told the jury that she went inside the gas station to visit an ATM and when she came back to the car, the victim, 19-year-old Delilah Swift, was visibly upset. Swift reportedly kept asking Jackson why he had hit her.

Under cross examination, Saffold honed in on the witness’ contradicting statements. Despite the inconsistencies in her account, the witness repeatedly stated that Jackson had struck Swift first and anything she did after that was in self-defense.

“She was defending herself. She was hitting him,” the witness said. “He hit her first. He started it.”

From the gas station, Jackson drove the three of them to a CMHA housing complex where the incident escalated further. As the witness went to go get a couple of friends of hers, she came back to the truck to find Jackson allegedly trying to pull Swift from the back of the truck. When she refused to get out of the truck, the witness stated Jackson began striking Swift with a trailer hitch.

However, when the victim testified later in the afternoon, evidence was introduced that showed no obvious injuries to the victim’s knees. The victim also testified that although she was in pain she did not have a noticeable limp in the days that followed the incident. Swift also signed a form declining to press charges against Jackson.

In the minutes after CMHA police arrived, Jackson’s truck was seen returning to the scene. The driver then put the truck in reverse and went down the street the wrong way, according to surveillance video. Two members of Jackson’s family were also reportedly seen at the scene.

Swift spent more than two hours on the witness stand and verbally sparred with Jackson’s defense team. Saffold introduced evidence during cross examination that showed Swift seemingly taunting Jackson and Jackson’s current girlfriend, who’s pregnant with his child, during a series of Instagram videos. In one of the videos, Swift and her friends, who are also witnesses in the trial, are seen laughing and gloating about throwing juice on Jackson’s current girlfriend while they were at a traffic light.

Direct messages between Jackson and Swift before and after the incident were also introduced as evidence. Some of the direct messages seemed to implicate that Swift was either romantically or sexually interested in Jackson even after the incident. During the lengthy cross-examination, Saffold managed to get Swift to concede that she was more aggressive than passive.

“Frank Jackson is guilty of trying to get away from you because you are being violent towards him, correct?” Saffold said to Swift during cross-examination.

“He was being violent towards me,” Swift said.

“You didn’t say that to the detectives. You didn’t say he was trying to drag me out because he was losing the fight, because the fight wasn’t going his way. It was because [Swift] was fighting [Jackson].”

Saffold also told the jurors that a Cleveland city prosecutor declined to file charges against Jackson or refer the case to Cuyahoga County Prosecutor Michael O’Malley’s office for review.

The trial resumes Wednesday at 9 a.m. Five more witnesses are expected to testify.