How to get help from the Greater Cleveland Food Bank 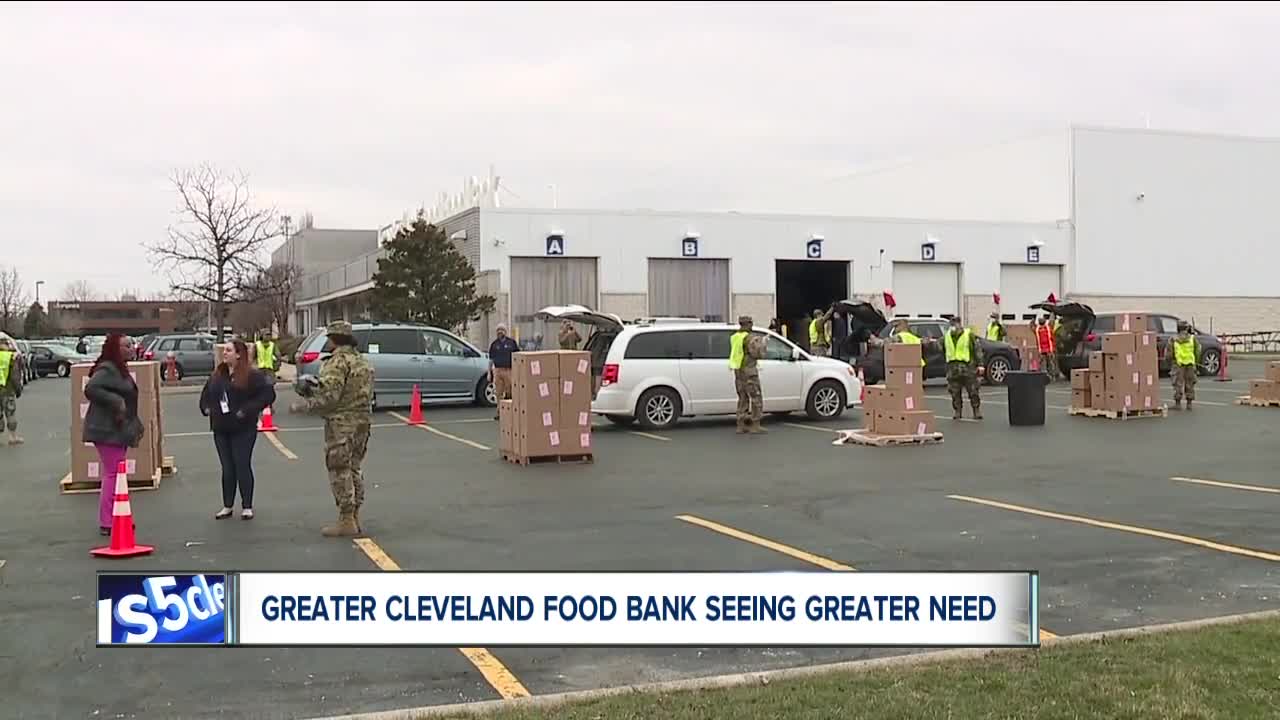 The Greater Cleveland Food Bank said it served more than 4,000 people at its latest drive-through distribution, and about two-thirds of them were new customers who had never used the Food Bank before. 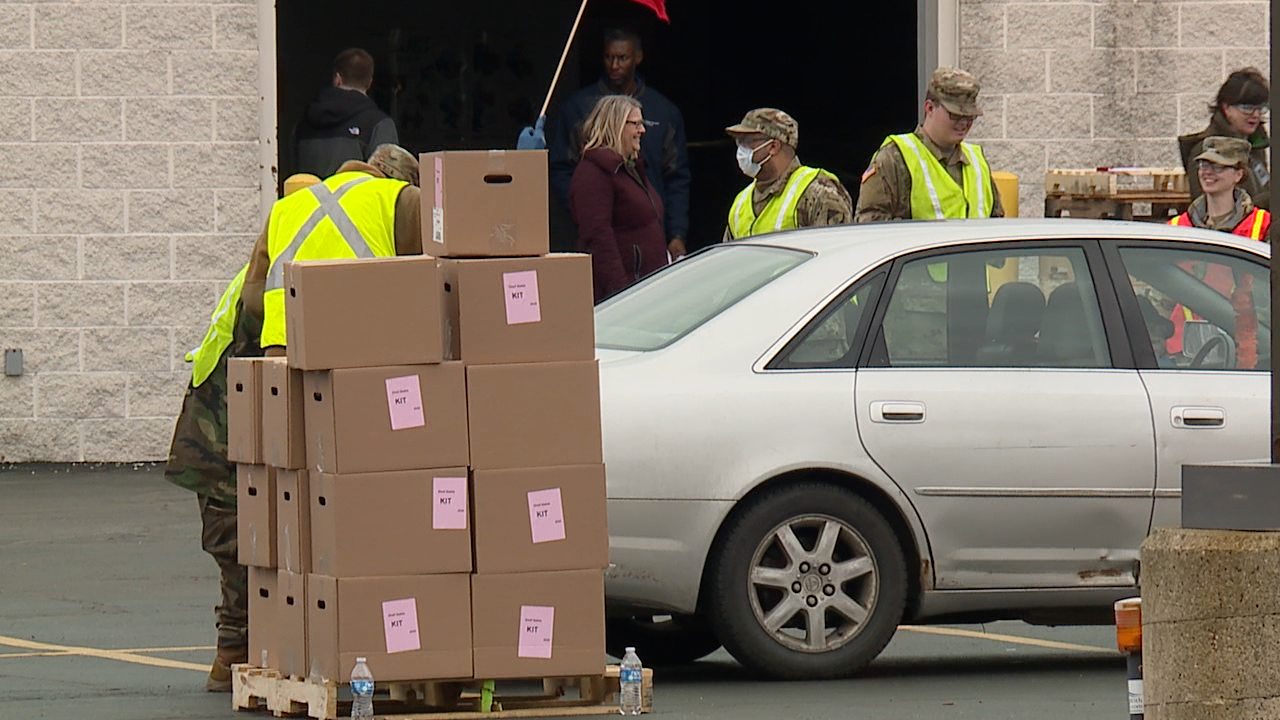 CLEVELAND — The Greater Cleveland Food Bank said it served more than 4,000 people at its latest drive-through distribution, and about two-thirds of them were new customers who had never used the Food Bank before.

This is an uncertain time for many Ohioans, especially for people who have lost their jobs and are worried about how they'll pay the bills or feed their families.

"I fear that we’re going to be in this for a while, having more and more people to serve," Warzocha said. "We’ve just seen the beginning."

The lines of cars waiting to receive emergency boxes of food stretched so long that at one point, Cleveland police officers began knocking on car windows to let people know the food would run out soon and that they should go home.

Warzocha said that was for safety reasons because the lines were so long but that ultimately, the food didn't run out. More than half of the people served were seniors and children.

With help from the Ohio National Guard and Ohio military reserves, the Food Bank spent Tuesday afternoon handing out emergency boxes that each contained a seven-day supply of nonperishable food items, including oatmeal, cereal, pasta, sauce and canned fruits and vegetables.

That's what one woman from the Collinwood neighborhood received, and she said she was thankful to the President and the governor for their help in caring for people.

"I really love it, I appreciate it," she said.

She added, "I’m praying it gets better. I believe it will."

Joseph Courts, also from the Collinwood neighborhood, got food at the distribution, too. He saw the long lines stretching beyond the Food Bank property.

"I know it’s a line from St. Clair, going around, coming all around," Courts said. "I thought they was coming to get on the highway, but they [were] coming here."

He said he didn't expect so many people to show up.

"[They're] gonna be here way after five o’clock," Courts said.

The sudden, increased demand is presenting some challenges for the Food Bank.

"We know that there are people who are losing jobs every day and they’re turning to us for help very quickly," Warzocha said.

She said the Food Bank would need to start buying food to ensure it could meet the demand, as well as to provide food for its network of member agencies across a six-county area.

"While about 170 of them have closed so far, out of our network of 1,000 program partners, many are still open," Warzocha said.

For now, the Food Bank is doing a lot of buying.

"In the longer term we hope that we will see more food from the state of Ohio and more food from the federal government," Warzocha said. "And in the bill that passed this weekend, there should be some more food coming, so we’re looking forward to that and hoping it gets here soon."

The Food Bank plans to hold more drive-through pantries going forward, though it had not yet set a date for its next event.

If you waited in line for food Tuesday but got sent home when the lines were cut off, or if you need help getting food in general, you're urged to call the Food Bank's help center at (216) 738-2067. Workers can assist you in getting food from an agency closer to your own neighborhood.

You can qualify to get food from the Food Bank or its member agencies if your income is up to 200 percent of the poverty level, based on the number of people in your family.

"We show them a chart, we talk to them about what 200 percent of poverty is by the year, by the month and by the week based on their family size," Warzocha said. "And if somebody attests that they are indeed under 200 percent of poverty, you know what, we’re going to give them the benefit of the doubt, because I believe strongly in my 20 years of food banking that folks don’t wait in lines like this unless they really need the assistance."

Warzocha thanked the National Guard for their assistance and said she was proud of her team and community for their work as they strive to feed more Northeast Ohioans.