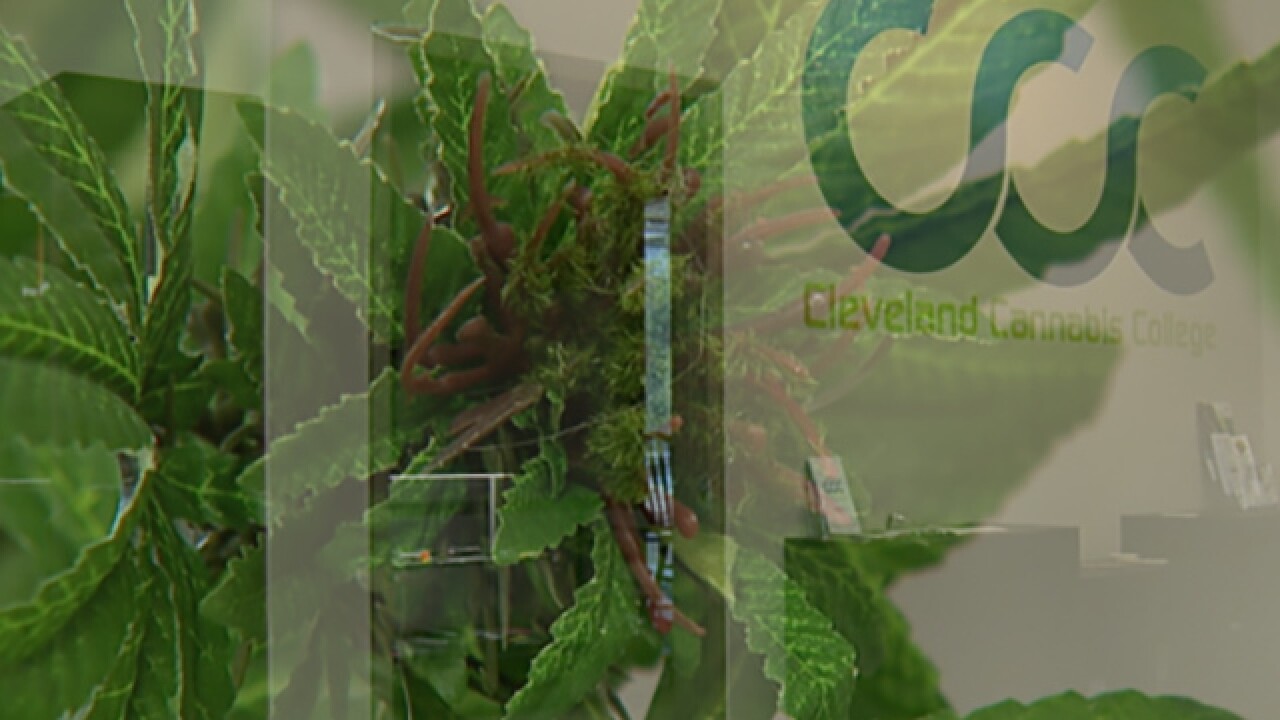 A year shy of Ohio’s medical marijuana program becoming operational, Cleveland Cannabis College is expanding it’s curriculum in the hopes of helping to fill the thousands of jobs that could be created with the budding industry.

Cleveland Cannabis College staff tout the program as the only full-time medical marijuana education of its kind in the country.

The school, which opened in January 2017, will soon offer three majors including horticulture, business and medical applications of cannabis.

They're hoping to prepare Ohioans for the estimated 2,000 jobs that will have to deal specifically with dispensary, processing, testing and cultivation roles.

“And that’s a conservative estimate, we expect thousands of other ancillary jobs as well,” explained Richard Pine, Dean of Recruitment and Public Relations for the Cleveland Cannabis College. "I'm already getting calls asking if we'll have employees."

The CCC is not accredited by the Ohio Board of Colleges and School. Jacob Wagner, Dean of Instruction and Student Services at the Cleveland Cannabis College, says that’s because they don’t fit in a category.

“At least not yet,” Wagner explained, “We hope to have whatever accreditations that they ultimately decide we need as soon as possible.”

They offer certificates of completion rather than diplomas and the investment ranges from $6500 to $12,500 depending on whether the student is completing a single major or an executive package.

Staff said their focus is on keeping jobs in Ohio that would otherwise go to out-of-state professionals with experience in other medical marijuana states.

“It’s going to keep jobs in Ohio by having the qualified educated people here,” Pine said.