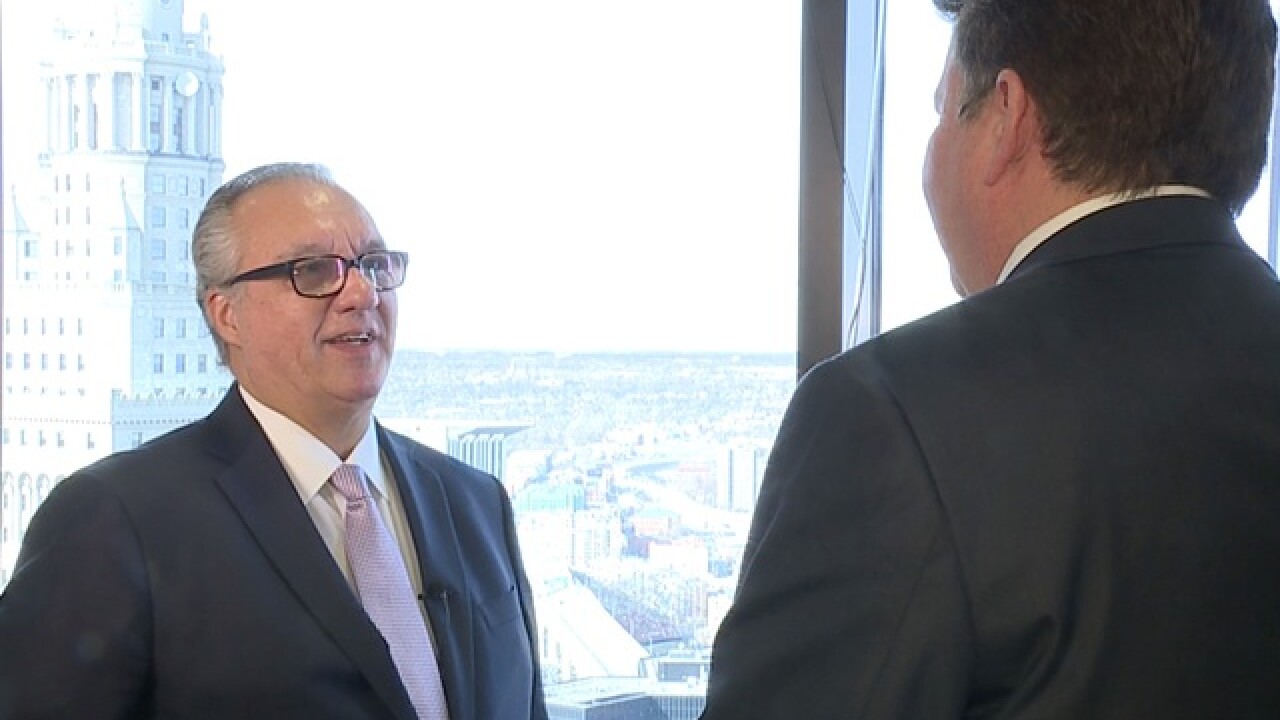 Cleveland-Cliffs is one of Cleveland’s oldest running secrets. Known to most in Northeast Ohio for their name across William G. Mather steamship behind the Great Lakes Science Center, it has been an economic engine for nearly two centuries as the nation’s oldest and largest independent iron ore company in the country.

The company feeds the nation’s blast furnaces with ore from their mines in Michigan and Minnesota.

This year marks the company's 171st birthday — making it the 25th oldest company in the country.

And that tonnage is something Goncalves sees going up as the Trump Administration’s new tariffs on steel go into effect.

“The impact will be very positive. These tariffs are finally creating a level playing field for steel in this country," Goncalves said. "We can’t afford having unfair competition mainly from a country like China that does not protect the environment, that pays their workers wages that would be below outrageous here in the United States. We need a level playing field.”

Goncalves is not shy in sharing his view on the impact that Chinese steel has had on the U.S. and its threat to our national security.

“Each job that you generate in the steel mill has a ripple effect of another ten in downstream industries let alone in upstream like ourselves, the miners,” he said.

On national security, he added, “we have to be able to produce steel in order to defend ourselves because, during the time that we were building the internet and building Facebook, China was building islands in the South China Sea.”

“China is the enemy, you have to accept that, people must start accepting that. It’s not a trade war, it’s not just an intellectual property war, it’s real war,” he said. “We need to be able to really fight back and you can’t do that if you can’t produce your own steel.”

The reach of the sanctions to other countries beyond China he said is necessary because through trans-shipping the Chinese steel was finding its way into the U.S. anyway.

Goncalves dismisses the concerns raised by those manufacturers who argue the tariffs will, in turn, lead to higher costs to make their products.

“Of course in a can, there’s a lot less steel than in a car. So the impact at the end of the day will not be for General Motors or for Ford or for Toyota that produces cars in the United States, the impact will be for a few rich business owners that today take advantage of opportunistic deals importing steel. So they are buying the pollution from China, buying the no environmental compliance from China, they are buying the jobs that are created in China and importing unemployment into the United States just to be richer,” he said.

Cleveland-Cliffs is expanding their footprint with plans to break ground in April in Toledo on a plant that will mark their entry into the world of supplying electric arc furnaces.

“We are now building a $700 million plant in Toledo, Ohio to produce what’s called hot briquetted iron and this type of downstream product will be the feedstock for the electric arc furnaces. Today we supply blast furnaces (like Arcelor Mittal). With hot briquetted iron, we’re going to extend our reach to other companies that are using electricity to produce steel,” Goncalves said.

“We are recovering our spot in the world as a superpower. At least we have a shot now because we were going down a path that would not be good for the United States of America. We are too eager to give away our leadership position in the world, especially in manufacturing, especially in steel, especially in the things that we are the envy of the world,” he said.