A homeowner is facing criminal charges for not fixing existing housing code violations when she bought the home.

A big hole in the ground that has sat dangerously close to a Hadden Road residence for most of 2018 still hasn't been filled in. Now the homeowner is facing criminal charges for not fixing existing housing code violations when she bought the home.

At the same time, experts say the unfinished construction project is a hazard and is causing damage to other homes nearby.

"I feel overwhelmed," said Audrey Adler, who lives two homes away. "I feel it shouldn't have taken a year." 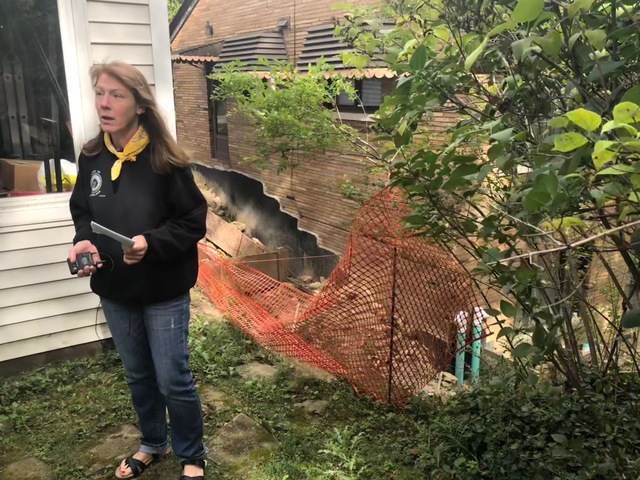 Audrey Alder stands in front of the hole that an engineer's report says is damaging her home one property up the block.

It's been nearly a year for the city of Euclid to take Janet Harley to court. She owns the home where the construction is unfinished. She told News 5 over the summer that the contractor who started the work walked away before finishing, leaving her with a big hole in her yard.

An engineer report says that cracks in Adler's walls and the bricks below her house are related to the botched construction job. A retaining wall was removed last winter and was never replaced before the contractor seemingly walked away from the job. Months later, exposed dirt is falling into the open hole inches away from the home next door. 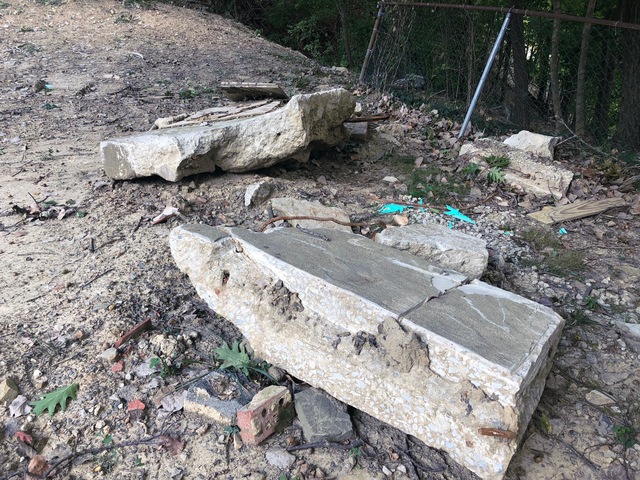 Large slabs of concrete are still in the backyard. Neighbors say they are all that's left of the retaining wall that once held back the dirt underneath two homes next to the construction.

Court documents show the City of Euclid filed a first-degree misdemeanor charge against Harley for not fixing violations on the house within 90 days. Harley pleaded not guilty on Sept. 20. The city says the goal of bringing the case is to get the homeowner to make sure the project gets finished and the violations are fixed. 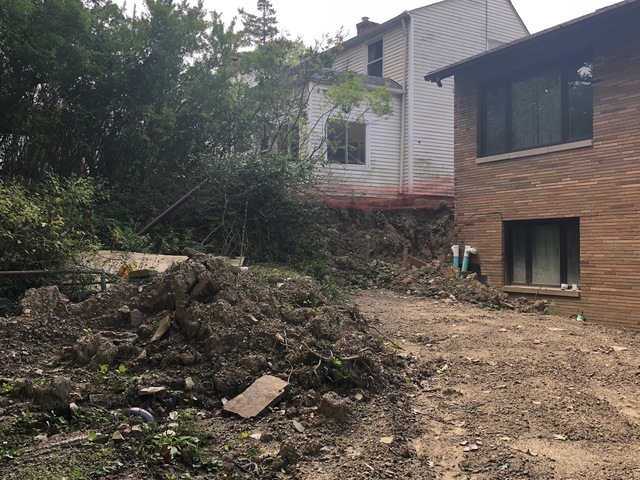 The home with white siding sits just inches from where the unfinished construction project has left a large and deep hole for months.

The city says it's up to the homeowner and contractor to finish the work because the city cannot come in to finish the job themselves.

Euclid's increased attention to the case is a step in the right direction for Adler, but she says one thing that might be scarier than no work being done for much of 2018 is when a big construction crew disturbs the ground all over again.

"When you bring the machinery into fix it, it could total our houses out," said Adler. 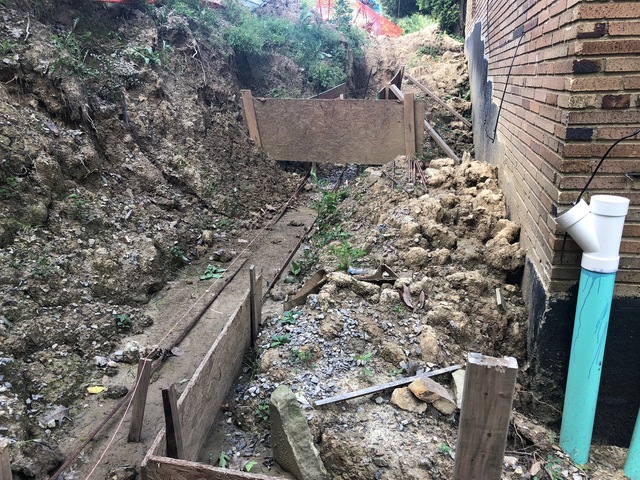 The construction project was supposed to fix housing code violations related to stairs that once ran along the side of the house. Neighbors say the construction has sat untouched for months.

For now, she's stuck with a construction project that experts say is damaging one of the biggest investments most people ever make.

"I can't sell it, the house cannot be sold," said Adler. "It's so twisted and all of this has to be disclosed."