Three busy intersections along Franklin Boulevard are pushing traffic off the roadway for the next three weeks.

Three busy intersections along Franklin Boulevard are pushing traffic off the roadway for the next three weeks.

Drivers now have no choice at 85th Street, 65th Street, and 54th Street but to find another route after city workers installed barriers, new traffic signs, and placards explaining the study. 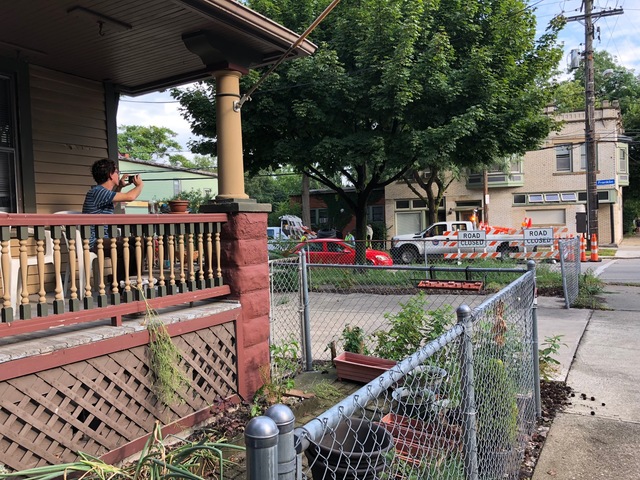 "Too often, it's too busy," said Brandon Traud.

Traud has seen a car take out the tree in his front lawn on Franklin Boulevard over his 10 years on the roadway. Now, with little kids running around, the stakes are even higher.

"The sidewalk's fine, but I worry about them getting too close to the curb," said Brandon. "You'll hear the screeching and the braking late at night sometimes too." 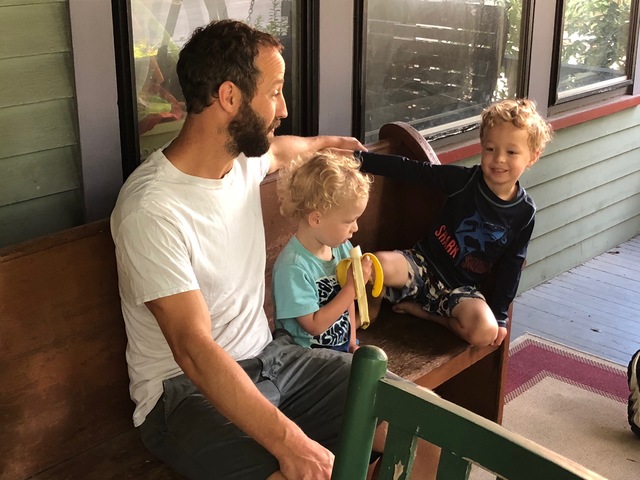 Traud is just hoping the newly installed barriers cut down on drivers using Franklin to bypass busier but slower streets just a block away.

Just a few blocks away, Molly McGinnis is skeptical.

"I can't imagine that it's going to make things smoother," said McGinnis. "I guess we'll see what happens. The cars got to go somewhere so wherever else they're going to be will be affected."

Molly walks the neighborhood with her dog but says she hasn't been bothered by the volume or speed of traffic in the past. She says being able to go 35 miles per hour on a road that spans much of the west side makes it easy to get around. 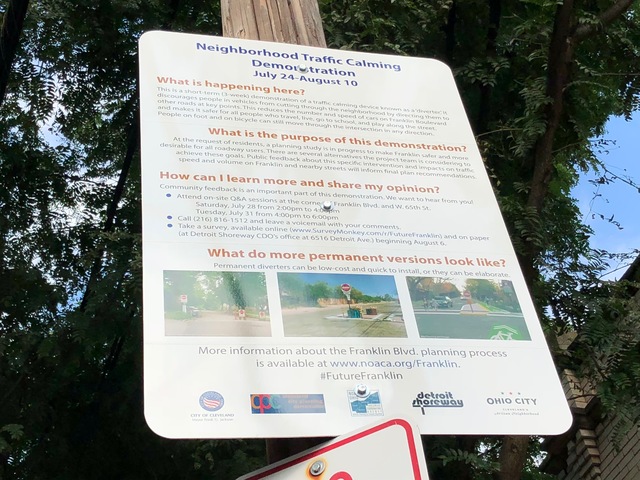 The cones and barriers are scheduled to stay up through August 10.

You can learn more about the study by attending on-site Q&A sessions at the corner of Franklin Boulevard. and W. 65th Street on:

Or you can call (216) 816-1512 and leave a voicemail with your comments, or take a survey on paper at Detroit Shoreway CDO’s office at 6516 Detroit Avenue beginning August 6th or online here.