How to navigate construction downtown ahead of Indians' home opener

Spring brings two things every year: Baseball and construction. Fans heading downtown for the Indians' home opener will have to navigate ongoing construction.

Blocks away from Progressive Field, construction at Quicken Loans Arena has blocked otherwise busy sidewalks and streets. Bars nearby say the Q Transformation isn't digging into their bottom line too much, but getting to Progressive Field on game day will take a little planning.

"I think the biggest thing is fans recognizing they need to come down to the ballpark a little bit earlier," said Indians Communications Director Curtis Danburg.

Getting around Huron Road has been a little tougher since February when four lanes became two. It's all part of the work being done to make Cleveland's basketball experience first class, but closed lanes mean it'll be a little harder to see the Tribe next door.

Cleveland Police will be directing traffic, making sure cars and people keep moving and do it safely.

Below is the map of the traffic route before the game: 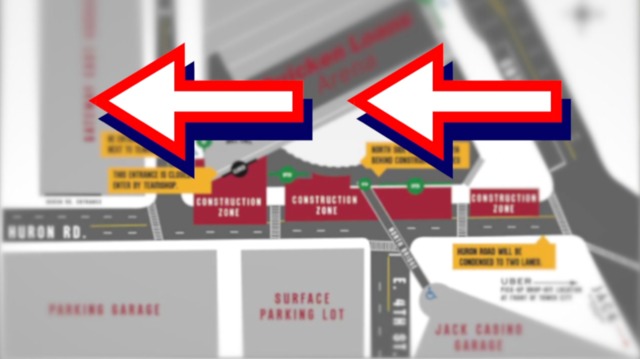 For baseball season, the Indians say the two lanes on Huron will go east starting two hours before first pitch, towards the garages near the stadiums. When the game is over, those lanes will most west, getting cars onto Ontario Street, and away from Downtown.

Below is a map of the traffic route after the game: 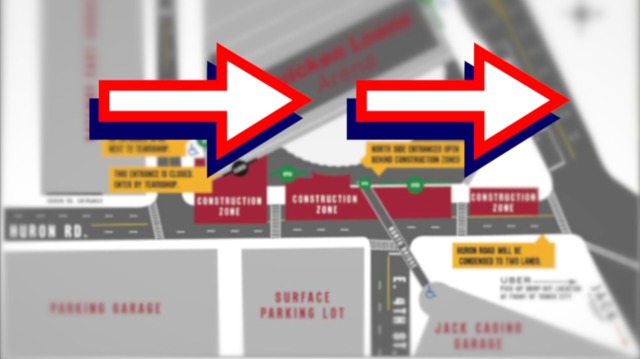 The Q Transformation website recommends fans to take public transportation or an Uber to games in the area, especially for what's supposed to be a jam-packed night for the Indians' home opener.