The home opener is on every Cleveland fan's radar. Also on local radars: a chance of snow.

Call it déjà vu. Call it a Cleveland tradition. The latest forecast models show a wintry mix moving in Friday during the morning commute. Winter also came back with a vengeance for the team's home opener in 2016 when the Indians' first home game of the season, against the Boston Red Sox, was postponed.

The latest forecast models show snow is coming Friday, but it's unclear when it will hit our area. 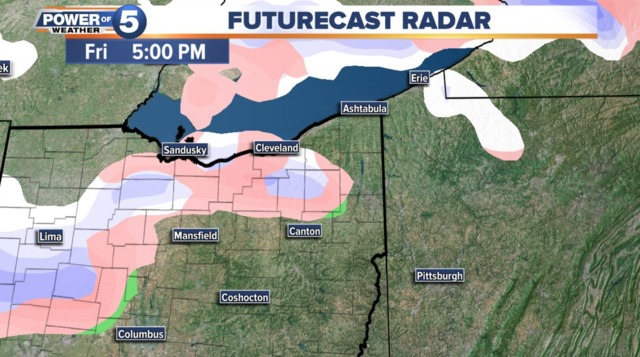 PHOTOS: Celebrating the history of the Cleveland Indians on Opening Day

Rain and snow are expected on Friday, but the timing is still uncertain. It's going to be cold with highs between 35-40 degrees. 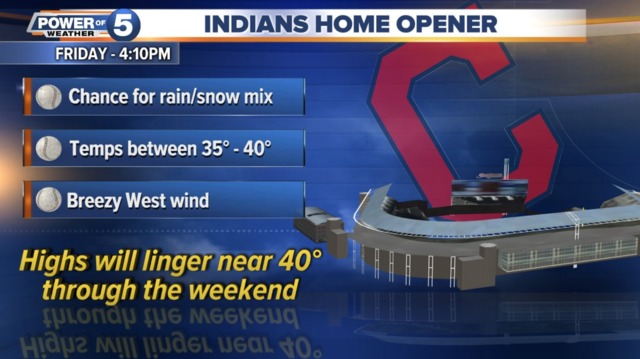 Rains already have saturated the grounds, which could cause some issues for crews prepping Progressive Field. In the days leading up to the home opener, strong to severe thunderstorms are expected to sweep through the area.

Some mix in the morning for the #Indians home opener but looks just cold and windy for the game. I say Play Ball! #Cleveland #Weather pic.twitter.com/qHpcKjWwx0

Power of 5 meteorologist JD Rudd say he wouldn't be surprised if the game is postponed.

My personal feeling on this Friday's Tribe game: leaning toward them postponing it.
I think it will hinge on the timing of the precip. There will be rain/snow at some point, just a matter of when.
But in addition, it will be cold & pretty windy. Not good baseball weather! pic.twitter.com/z7Dvg1I66S