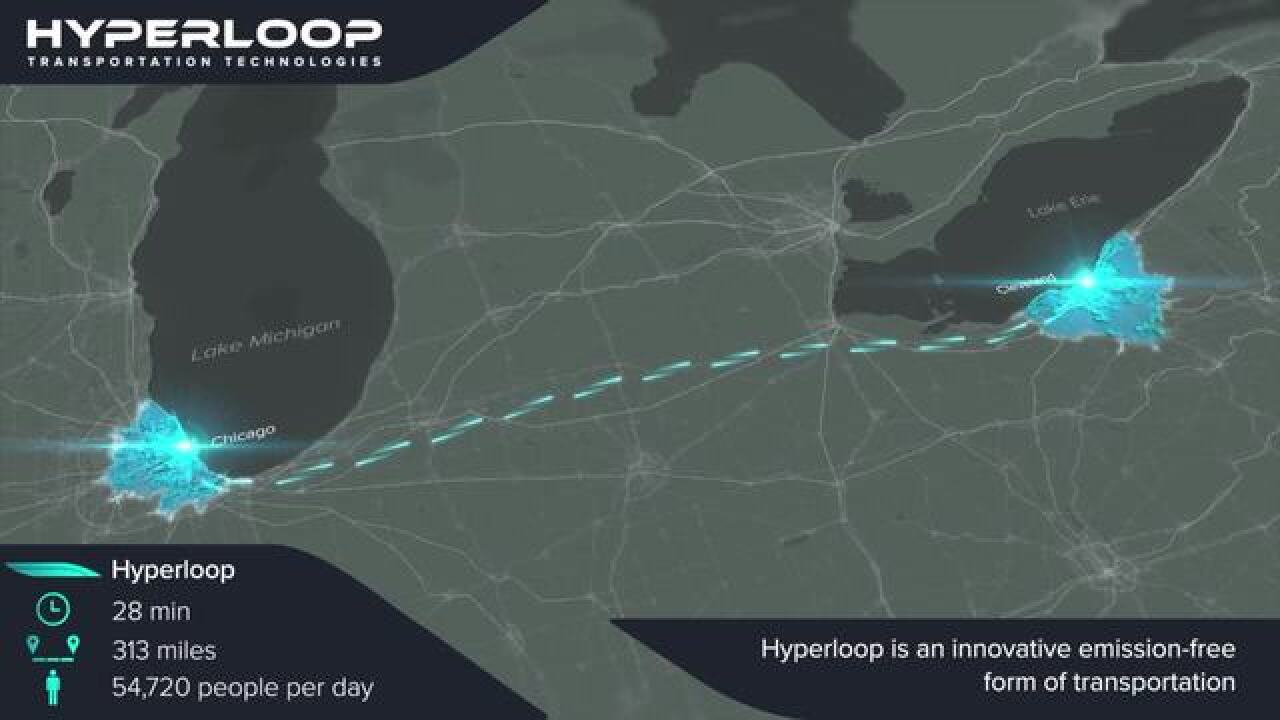 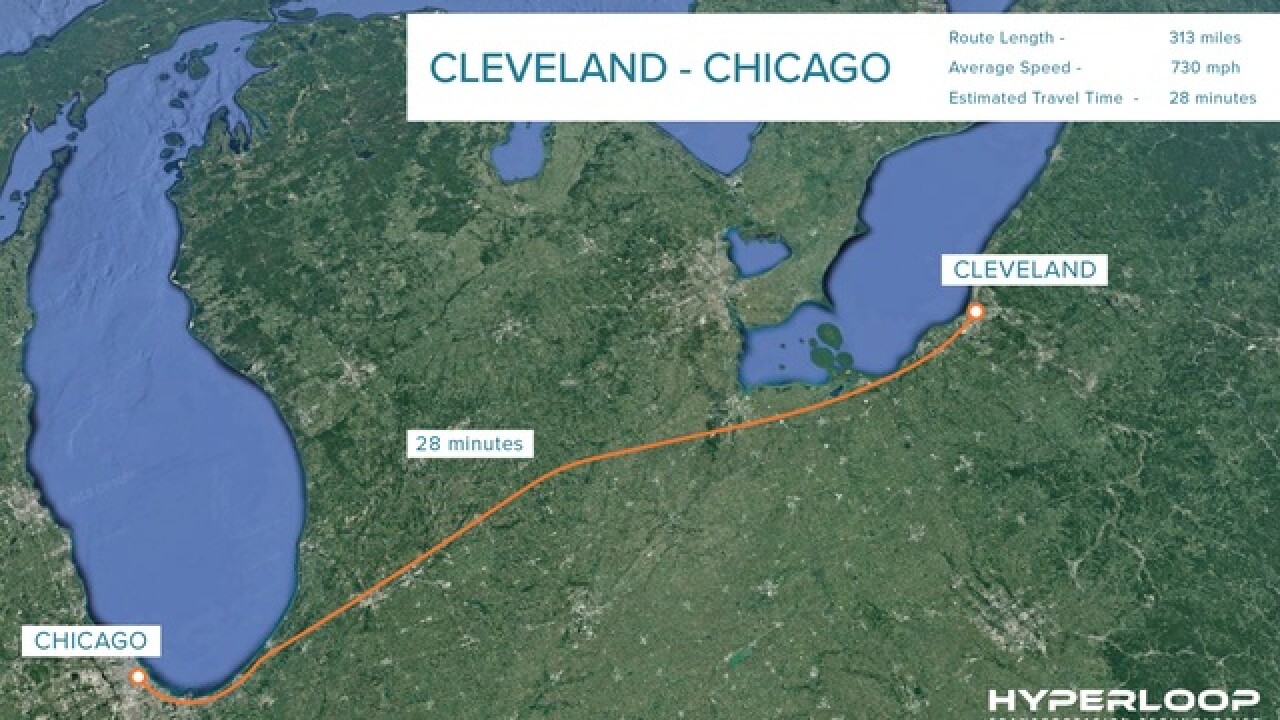 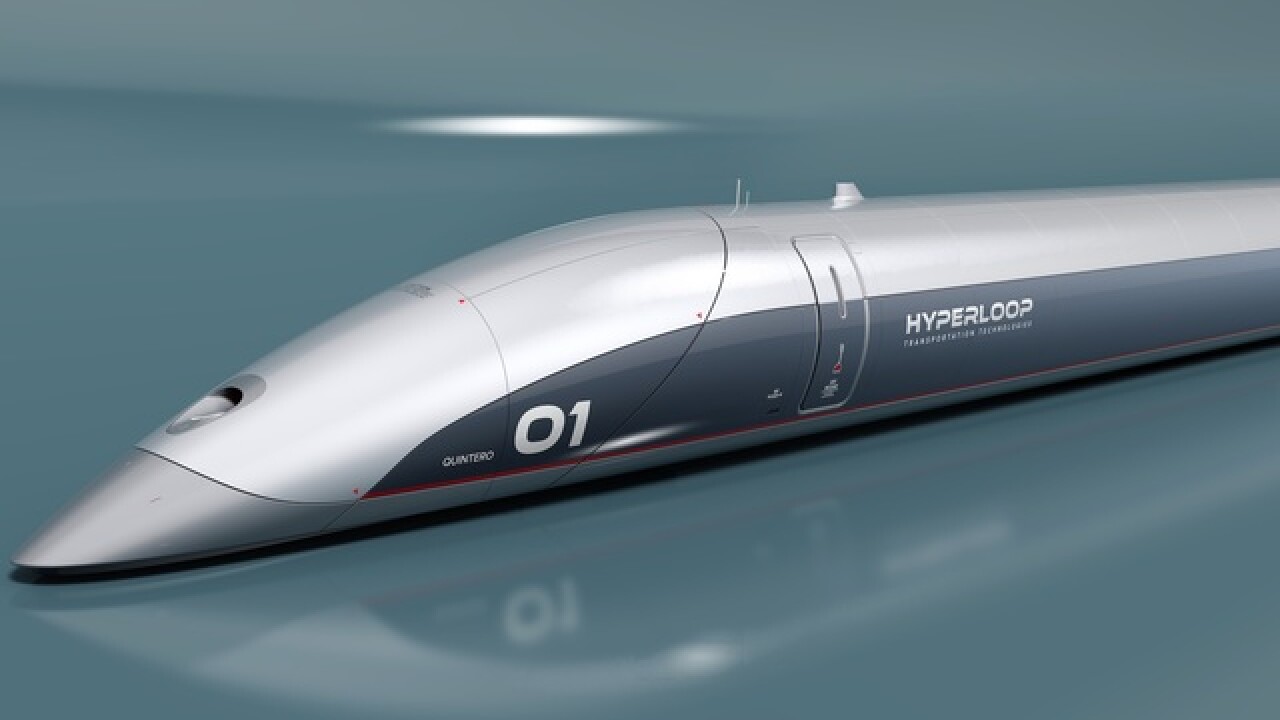 Hyperloop Transportation Technologies (HTT) signed a public-private partnership agreement today with the Northeast Ohio Areawide Coordinating Agency (NOACA) and will move forward on a $1.2 million feasibility study for the ​Great Lakes Hyperloop connecting people in Cleveland and Chicago in less than half hour.

HTT CEO Dirk Ahlborn said the study should take 6-9 months to complete looking at a number of issues. “How many people can we move, how fast is it going to be, where should the route go along – what are the best right of ways we can use, how much will it cost and how are we going to be paying for it,” Ahlborn told News 5.

As for cost of construction whatever it is Ahlborn said they believe it can pay for itself in a relatively short period of time for projects of this scale because the Hyperloop uses less energy than it produces.

“We’re using very little energy because we’re inside a very low pressure environment, so the capsule doesn’t encounter any resistance and maintaining that environment is very inexpensive. The latest vacuum technology is very efficient so we have a cost of probably 25 kilowatt hours per each 10 kilometers, that roughly $3 of energy cost to maintain the vacuum. So operational costs are very minimum,” Ahlborn said.

"Everything that we have seen so far, the studies that we have done show a return of investment from 8-to-12 years which is something incredible, it's something that in transportation so really hasn't been seen."

Ahlborn adds since the Hyperloop concept is testing the way transportation itself is looked at it should also consider transforming the way it’s funded.

“You know in the 1800’s there was someone who said ‘hey we should pay for a train by charging a ticket.’ Well in 2018 I think we can come up with something that’s a little bit better, that’s more pleasant for the people that are traveling so we’re not treated like cattle when we’re traveling and makes more sense for the transportation companies as well.”

Present for Monday’s announcement at the Great Lakes Science Center were Republicans and Democrats from all levels of state, local and federal government. The hyperloop project has  enjoyed bi-partisan support and has the ability to be truly transformative.

“This is like the initial building of the Erie Canal that opened settlement in this part of North America,” said Rep. Marcy Kaptur. “It’s sort of like when people first thought about landing a man on the moon, that kind of thinking… it’s that big.”

While the first phase of the project would be the Cleveland to Chicago route additional phases would include routes to Buffalo and Toronto beyond as well as Columbus and Cincinnati.