It's tax time! These are the top 'Dirty Dozen' IRS scams of the year 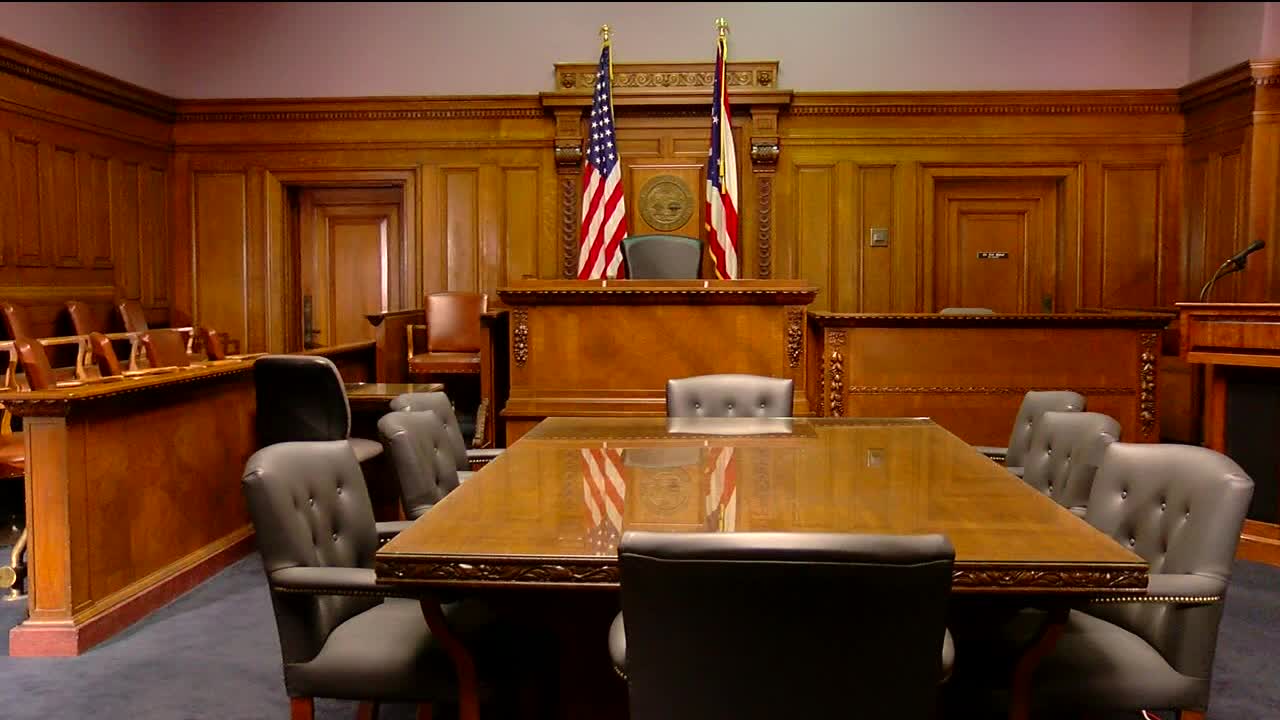 There's just one week to go before you have to file your taxes. The Internal Revenue Service sat down with 5 On Your Side Investigators to talk about IRS scams and fraud. 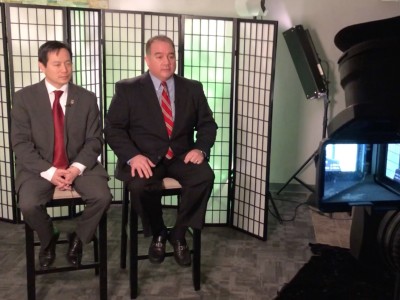 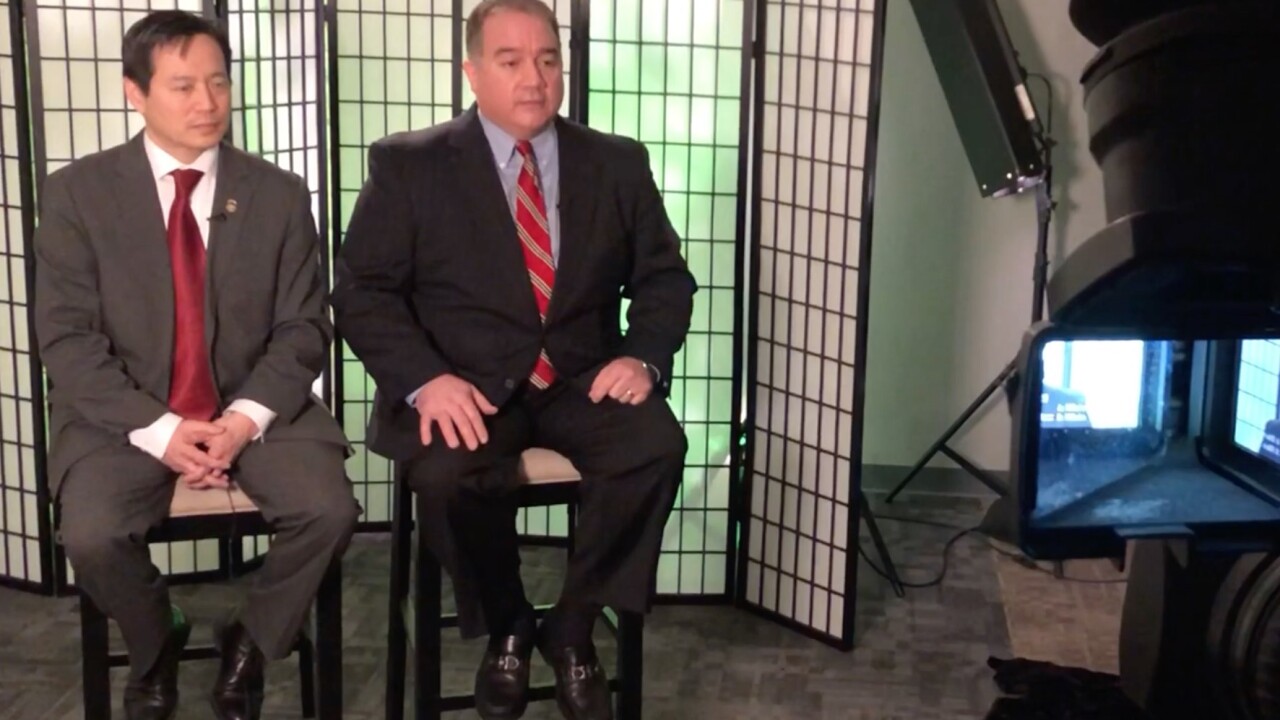 CLEVELAND — There's just one week to go before you have to file your taxes. The Internal Revenue Service sat down with 5 On Your Side Investigators to talk about IRS scams and fraud.

"Taxes are a good way to scam people,” said IRS Spokesperson Luis Garcia. He and Acting Special Agent in Charge William Cheung know it's easy for criminals to pretend to be IRS agents. "They're counting on you to get panicked,” said Garcia.

The IRS said there are three big warning signs:

"By sounding legitimate, and terrifying you, getting you in a panic,” Garcia said. “And getting you to stop thinking, you don't look for those red flags."

The agency reports as of June 2018 nearly 250 people in Ohio lost almost a million dollars total because of IRS impersonation scams.

Criminals go where the money is like the elderly with a nest egg who might be too unsuspecting when someone calls saying they're from the IRS.

"You see red flags but you're so trusting that you give them the benefit of the doubt and you make excuses," Cheung told us.

"They tell people they're the IRS and that their student loans are going to be canceled," explained Garcia.

And they even get the guy next door.

"I had a neighbor come over terrified and I had been telling them about the scam for years,” said Garcia. “These are well-educated people...very sophisticated small business owners."

Something else the IRS wants clear up is whether or not the agency will pick up the phone to contact you.

"The IRS may call you,” said Garcia. “You may have heard the IRS is never going to call you. That's not true." However, true agents will not threaten you with deportation, home foreclosure, arrest and so forth. Plus, there will be no talk of getting your account details. “An IRS agent, talking about your case, is never going to say now give me your account information or give me your credit card number,” said Garcia.

You also have to watch out for who prepares your filings.

"They (say), 'We can give you a large refund.' That is a red flag especially if they haven't looked at your tax situation,” said Cheung. If the preparers, either make mistakes or try to illegally get more money for your return, look out. “If you pick a return preparer that does this and they get caught, and eventually plead guilty, you're still on the hook for that bad tax return,” said Cheung. “And the money you've gotten and now the IRS is going to be going after you.”

"They inflate their income so they are able to collect on the Earned Income Tax Credit and they make up that income," said Cheung.

Here's the IRS "Dirty Dozen Scams" for this year:

Phishing: Taxpayers should be alert to potential fake emails or websites looking to steal personal information. The IRS will never initiate contact with taxpayers via email about a bill or tax refund. Don’t click on one claiming to be from the IRS. Be wary of emails and websites that may be nothing more than scams to steal personal information. (IR-2019-26 [irs.gov])

Phone Scams: Phone calls from criminals impersonating IRS agents remain an ongoing threat to taxpayers. The IRS has seen a surge of these phone scams in recent years as con artists threaten taxpayers with police arrest, deportation and license revocation, among other things. (IR-2019-28 [irs.gov])

Identity Theft: Taxpayers should be alert to tactics aimed at stealing their identities, not just during the tax filing season, but all year long. The IRS, working in conjunction with the Security Summit partnership of state tax agencies and the tax industry, has made major improvements in detecting tax return related identity theft during the last several years. But the agency reminds taxpayers that they can help in preventing this crime. The IRS continues to aggressively pursue criminals that file fraudulent tax returns using someone else’s Social Security number. (IR-2019-30 [irs.gov])

Return Preparer Fraud: Be on the lookout for unscrupulous return preparers. The vast majority of tax professionals provide honest, high-quality service. There are some dishonest preparers who operate each filing season to scam clients, perpetuate refund fraud, identity theft and other scams that hurt taxpayers. (IR-2019-32 [irs.gov])

Inflated Refund Claims: Taxpayers should take note of anyone promising inflated tax refunds. Those preparers who ask clients to sign a blank return, promise a big refund before looking at taxpayer records or charge fees based on a percentage of the refund are probably up to no good. To find victims, fraudsters may use flyers, phony storefronts or word of mouth via community groups where trust is high. (IR-2019-33 [irs.gov])

Falsifying Income to Claim Credits: Con artists may convince unsuspecting taxpayers to invent income to erroneously qualify for tax credits, such as the Earned Income Tax Credit. Taxpayers should file the most accurate tax return possible because they are legally responsible for what is on their return. This scam can lead to taxpayers facing large bills to pay back taxes, interest and penalties. (IR-2019-35 [irs.gov])

Falsely Padding Deductions on Returns: Taxpayers should avoid the temptation to falsely inflate deductions or expenses on their tax returns to pay less than what they owe or potentially receive larger refunds. Think twice before overstating deductions, such as charitable contributions and business expenses, or improperly claiming credits, such as the Earned Income Tax Credit or Child Tax Credit. (IR-2019-36 [irs.gov])

Excessive Claims for Business Credits: Avoid improperly claiming the fuel tax credit, a tax benefit generally not available to most taxpayers. The credit is usually limited to off-highway business use, including use in farming. Taxpayers should also avoid misuse of the research credit. Improper claims often involve failures to participate in or substantiate qualified research activities or satisfy the requirements related to qualified research expenses. (IR-2019-42 [irs.gov])

Offshore Tax Avoidance: Successful enforcement actions against offshore cheating show it’s a bad bet to hide money and income offshore. People involved in offshore tax avoidance are best served by coming in voluntarily and getting caught up on their tax-filing responsibilities. (IR-2019-43 [irs.gov])

Frivolous Tax Arguments: Frivolous tax arguments may be used to avoid paying tax. Promoters of frivolous schemes encourage taxpayers to make unreasonable and outlandish claims about the legality of paying taxes despite being repeatedly thrown out in court. The penalty for filing a frivolous tax return is $5,000. (IR-2019-45 [irs.gov])

Abusive Tax Shelters: Abusive tax structures including trusts and syndicated conservation easements are sometimes used to avoid paying taxes. The IRS is committed to stopping complex tax avoidance schemes and the people who create and sell them. The vast majority of taxpayers pay their fair share, and everyone should be on the lookout for people peddling tax shelters that sound too good to be true. When in doubt, taxpayers should seek an independent opinion regarding complex products they are offered. (IR-2019-47 [irs.gov])

RELATED: What you should know about the IRS impersonation phone scam with a 'new twist'