The stump that's left on a city lot on Lee Avenue in Cleveland shows anyone who walks by just how big the tree was that fell on June 21 during strong winds. What was even bigger were the problems it caused just over the broken fence line nearby, until News 5 got involved.

The stump that's left on a city lot on Lee Avenue in Cleveland shows anyone who walks by just how big the tree was that fell on June 21 during strong winds. What was even bigger were the problems it caused just over the broken fence line nearby, until News 5 got involved. 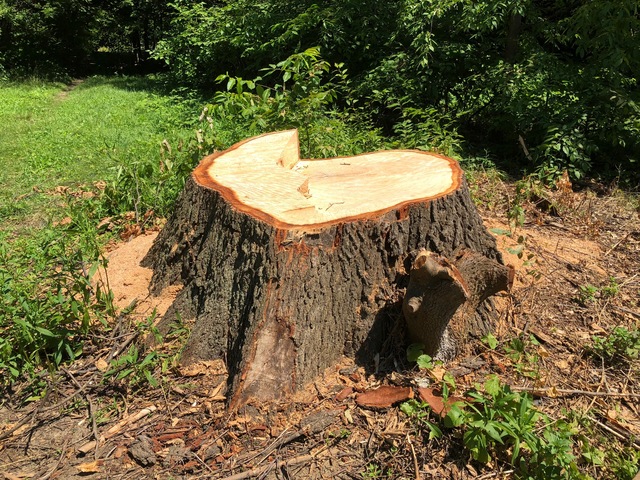 The stump of a tree on a city lot on Lee Avenue that fell onto Mamie Gilchrist's garage, destroying it.

After the tree fell, the city only took away the trunk of the tree, leaving a backyard full of dead leaves, branches and small logs.

"That's what's left," said Mamie Gilchrist, who owns the garage that was crushed by the tree. "You see how they didn't even finish getting the trees off that." 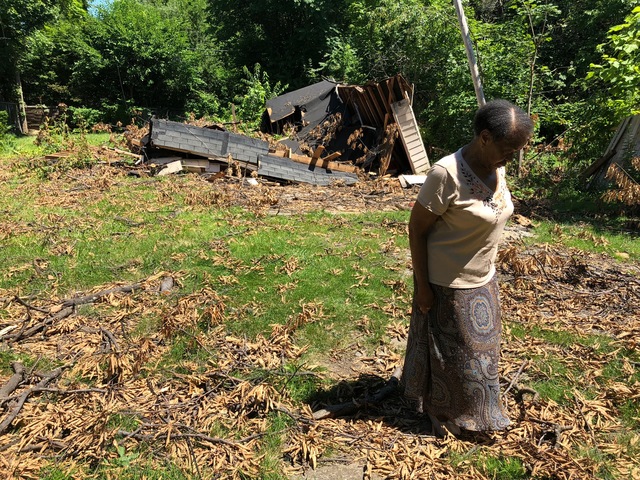 Mamie Gilchrist looks over her lot, filled with dead leaves and branches, one day before city workers cleaned it up.

The city told News 5 they got Gilchrist help cleaning up her yard nearly a month after the tree first came down once they realized she wouldn't be able to do it herself.

Cleveland workers help clean up left over debris after the city removed part of a large tree that fell into Mamie Gilchrist's yard.

But Gilchrist's problems aren't over yet.

"To me, it's a disgrace," Mamie said. "They just need to get rid of all those trees."

Gilchrist is worried she won't be so lucky next time and that any one of the other trees reaching out from the city's abandoned lot might hit her house next.

A few blocks away, Sherry Mack is dealing with a similar problem. 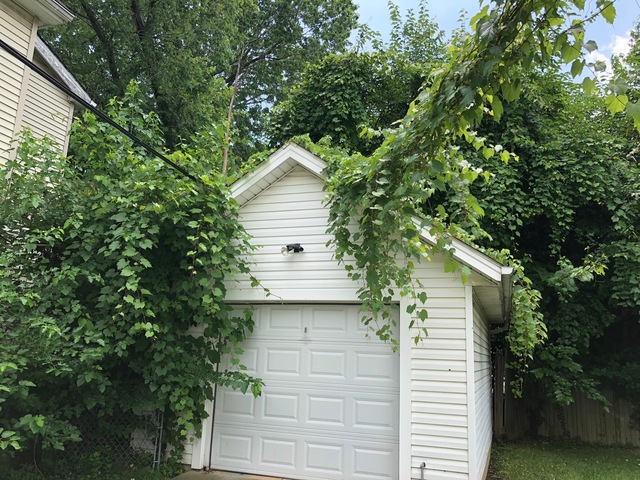 Overgrown trees from two abandoned lots behind her home strangle the power lines. She's afraid the trees could fall or cause a fire in a rainstorm.

Councilman Kevin Conwell is helping her navigate a maze of city departments to try to get the help she couldn't get alone.

Mack was trying to figure out who is responsible for cutting down the branches wrapped around her power lines.

"That's what I'm saying, everyone I talk to says it's someone else's responsibility," Mack said. 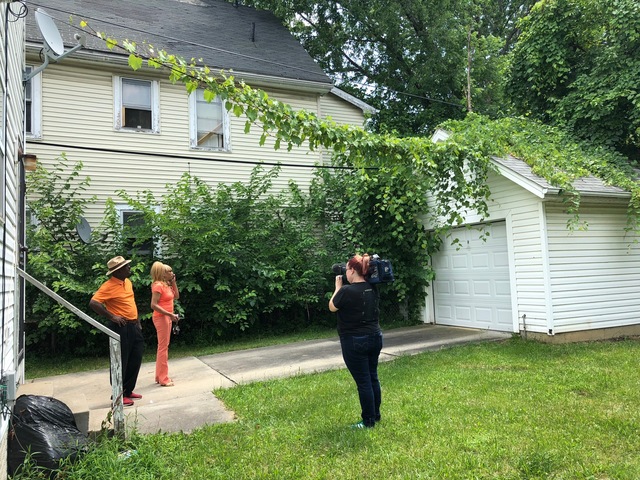 Sherry Mack speaks to Cleveland Public Power on Councilman Kevin Conwell's cellphone, trying to find out who is responsible for clearing branches off her power wires.

"Can someone who doesn't reach out to the news or reach out to a councilman navigate that on their own?" News 5 Reporter Kevin Barry asked Councilman Conwell, referring to the process to get trees removed, trimmed or cut down. "It seems like it's a tall task."

"You know what, you're definitely right, to be candid," Councilman Conwell said. "It is a tall task."

The city budget shows there were just 14 arborists in 2016 tasked with caring for and trimming city trees. The 2018 budget accounts for 22. It's an increase the city said helps care for residents but that Councilman Conwell says still isn't enough.

The city said revenue from Issue 32 is also used to cover $900,000 in payments to contractors to replace trees that need to be completely removed. It also helps fund $500,000 in sidewalk repairs when trees damage them. 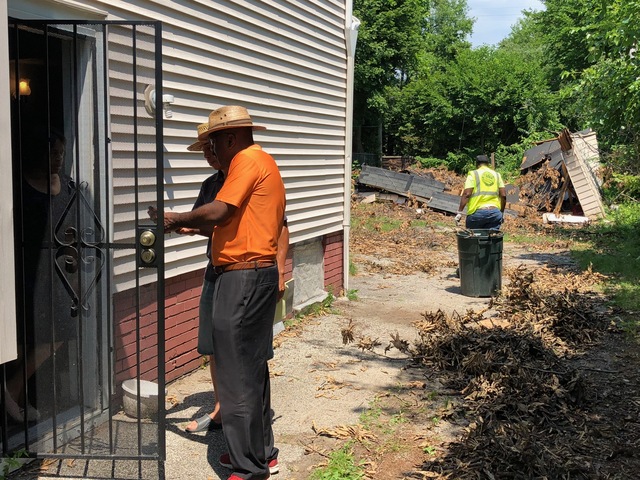 Councilman Kevin Conwell speaks to Mamie Gilchrist through the door while Cleveland workers clean up tree debris in her backyard.

Residents who suffer property damage from trees that fall from city land can file a claim here.

You can find information about where the city is working on roads and doing other projects on the city blog.