The walk from the one side of Port Clinton to the other takes just a few minutes now that the city's drawbridge is back open. The Ohio Department of Transportation just reopened the bridge on August 7 after nearly three months of delays in a $13 million repair project.

The long delays mean Overboard Bar and Grill owner Cory Sipert is just getting to know some of the clientele that lived just out of reach before.

"Fresh faces coming over from the other side of the bridge," said Sipert. "It's kind of a weird feeling at the end of the season for someone who's been here all season." 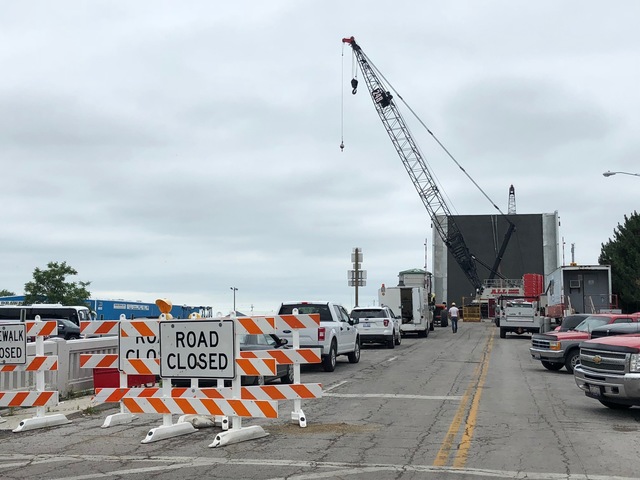 The closed bridge in June, when passage was completely blocked while renovation crews worked on and under the bridge.

While the bridge was closed, getting from the southern part of Port Clinton to the northern part, where Overboard Bar and Grill is located, took 10 to 15 minutes and a drive on the highway. With the bridge open, potential customers can cross the bridge on foot. 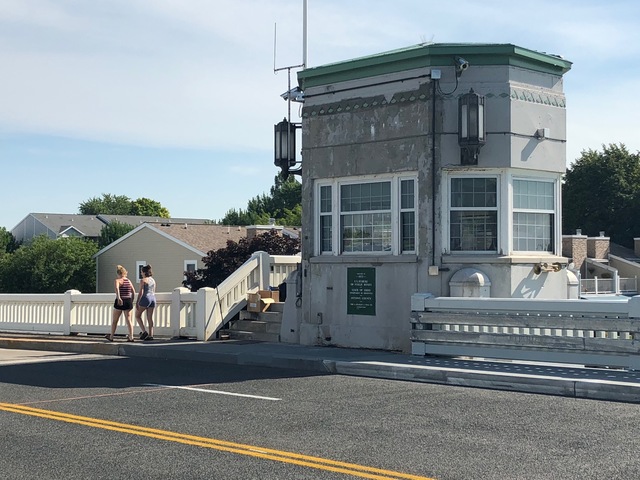 Pedestrians walk across the refurbished bridge in August soon after it reopened.

ODOT started the project in October, planning to finish by the end of May. Delays creating specialty parts for the bridge, then aligning the two spans of the bridge, pushed the completion date back a handful of times, until it was reopened to traffic in August.

Business owners said blocking traffic for that long is a big deal for them and their employees who rely on revenue during the summer months to make their money for the entire year.

"Once we lose them, we don't get them back," said Port Clinton Mayor Hugh Wheeler, referring to the summer months. "There's no making up for it."

"Unfortunately, once we got to the original May date, it's not like we could walk away," said ODOT District 2 Public Information Officer Rebecca Dangelo.

She said ODOT brought in extra workers and machinery when it was possible because they were aware of the economic impact the delays were having. Since some of the work was highly specialized because the bridge was built in the 1930's, Dangelo says sometimes there weren't extra workers who could be brought in. 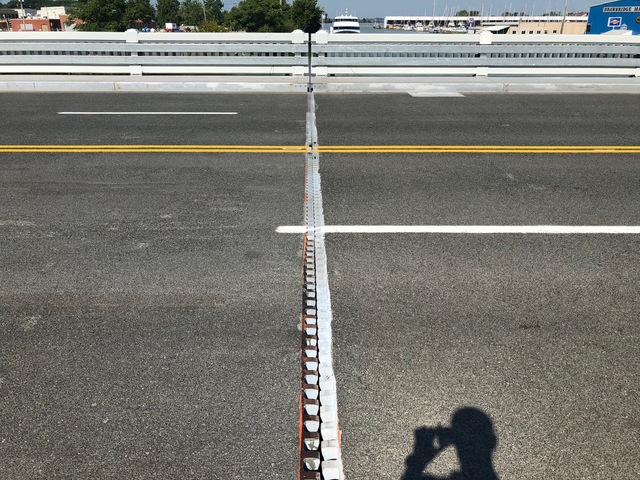 The connection at the middle of the bridge. ODOT said some of the delays were caused by issues lining up the two sides of the bridge when they close.

In June, Ed Fitzgerald told us his two bars and hotels on the north side were severely impacted, and he estimated that businesses were losing hundreds of thousands of dollars. On July 4, a nearby marina told News 5 they had a quarter of their normal business, blaming the closed bridge.

Mayor Wheeler says the summer headache was made worse by the fact that he felt left in the dark. He said he found out about additional delays through social media and news reports.

"ODOT never once called City Hall to tell us what was going on," said Wheeler. 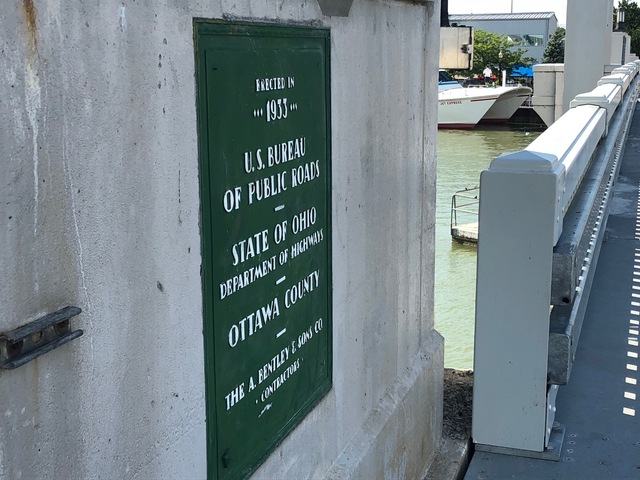 Plaque on the drawbridge showing that it was built in 1933.

Dangelo says that's because ODOT sent out updates on delays through email that included media members and public officials, and that reporters likely found them first.

"We wanted to make sure that we had transparency on that and as soon as we knew there was a delay, we were relaying that to the public," said Dangelo.

While the project is finished up, ODOT says there will be some lane closures on the bridge, but it should be operational for the next 75 years without major projects. Dangelo says the contractor is supposed to pay ODOT $5,000 per day that the project wasn't finished, totally roughly $350,000. They are accruing an additional penalty at a reduced rate since the bridge is now open, but the project still isn't finished. 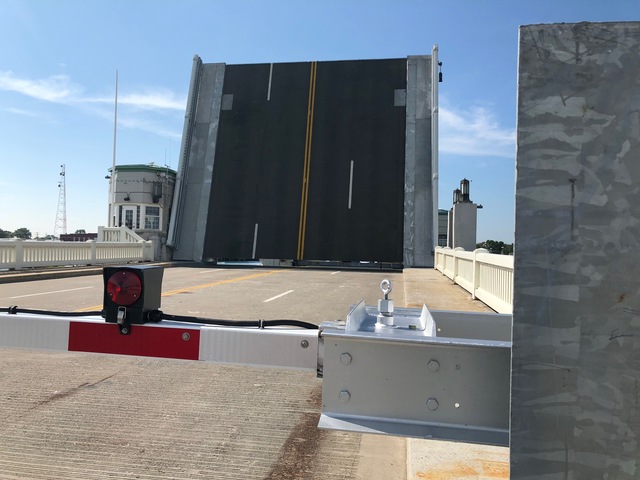 The drawbridge opens in August, blocking street traffic to let boats pass underneath.

Mayor Wheeler says he'd like to see some of that money be put back into the Port Clinton economy to help offset the delays, but he's not holding his breath.

"Chances are, we're on our own," said Wheeler.

"I hope the bridge is good for more than 75 years because this was a pain this time," said Sipert. "I couldn't imagine the next time."

Other business owners tell News 5 they're meeting with lawyers this week just to see what their legal options are.