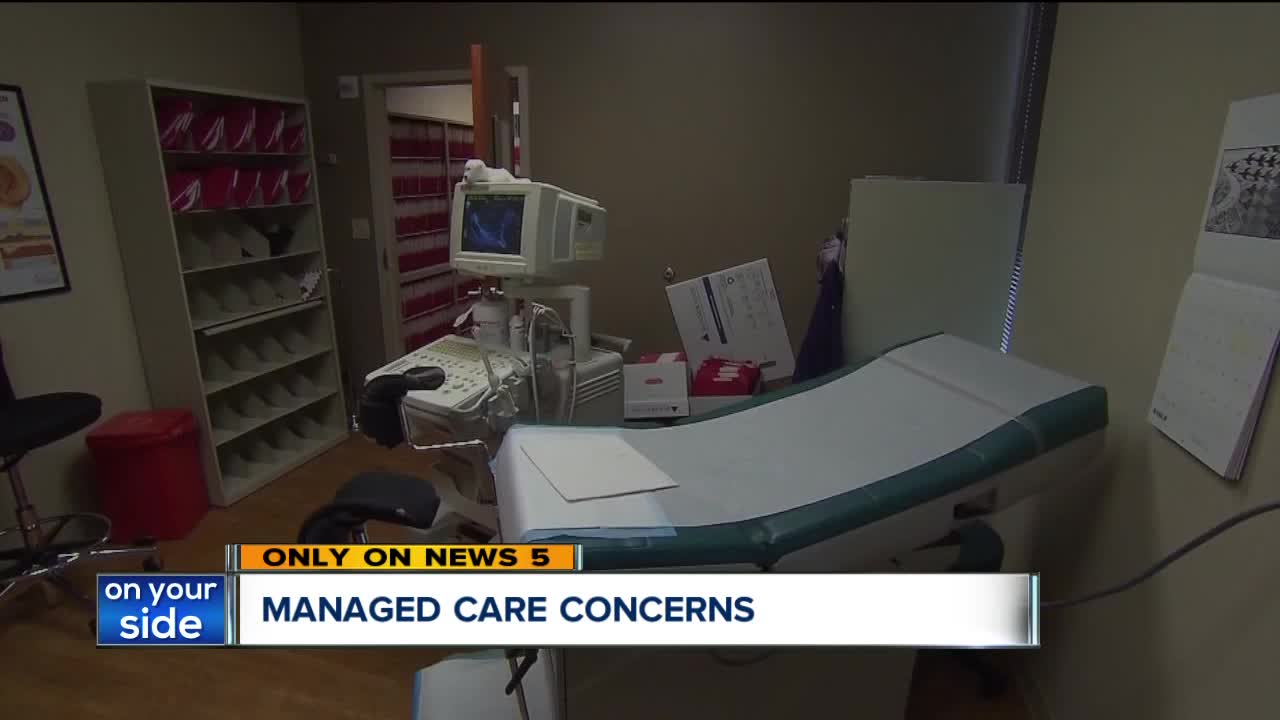 A hand on the back is sometimes the best Theresa Sweeny can do for her 22-year-old son Noah. He's one of the Ohioans in 29 counties across the state whose care is coordinated through MyCare Ohio, an experiment to streamline services for people who are on both Medicaid and Medicare. 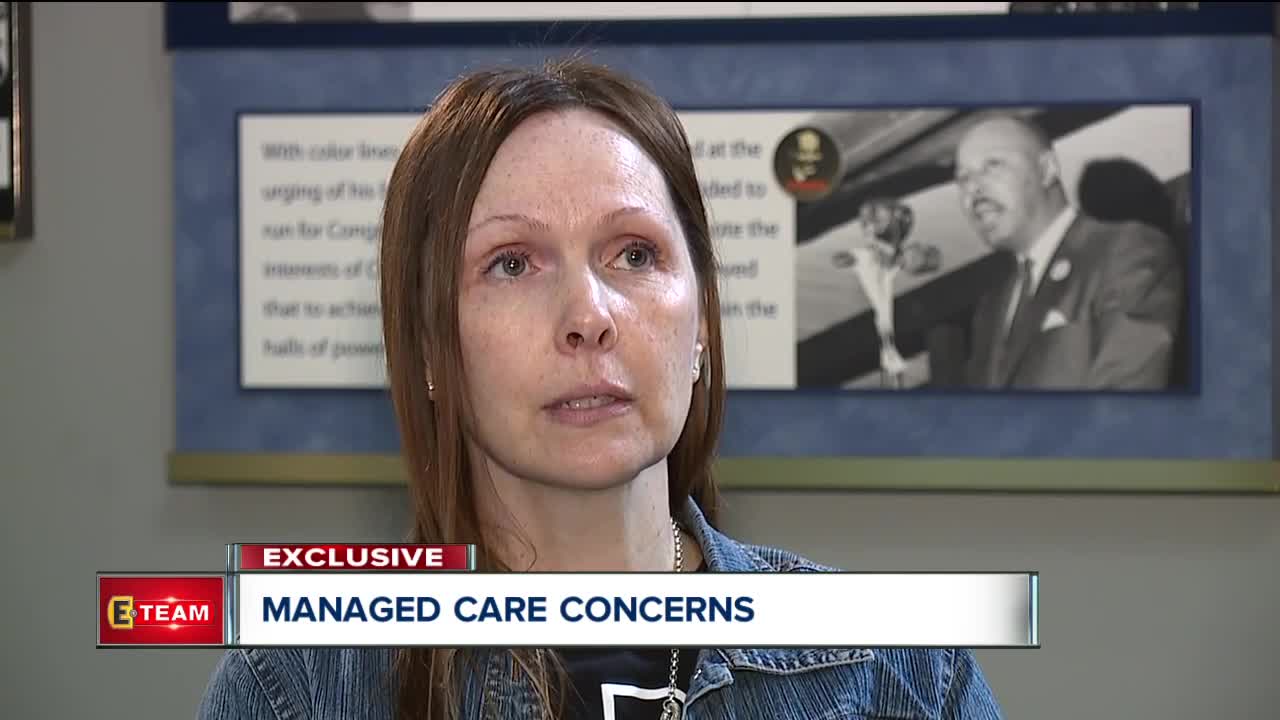 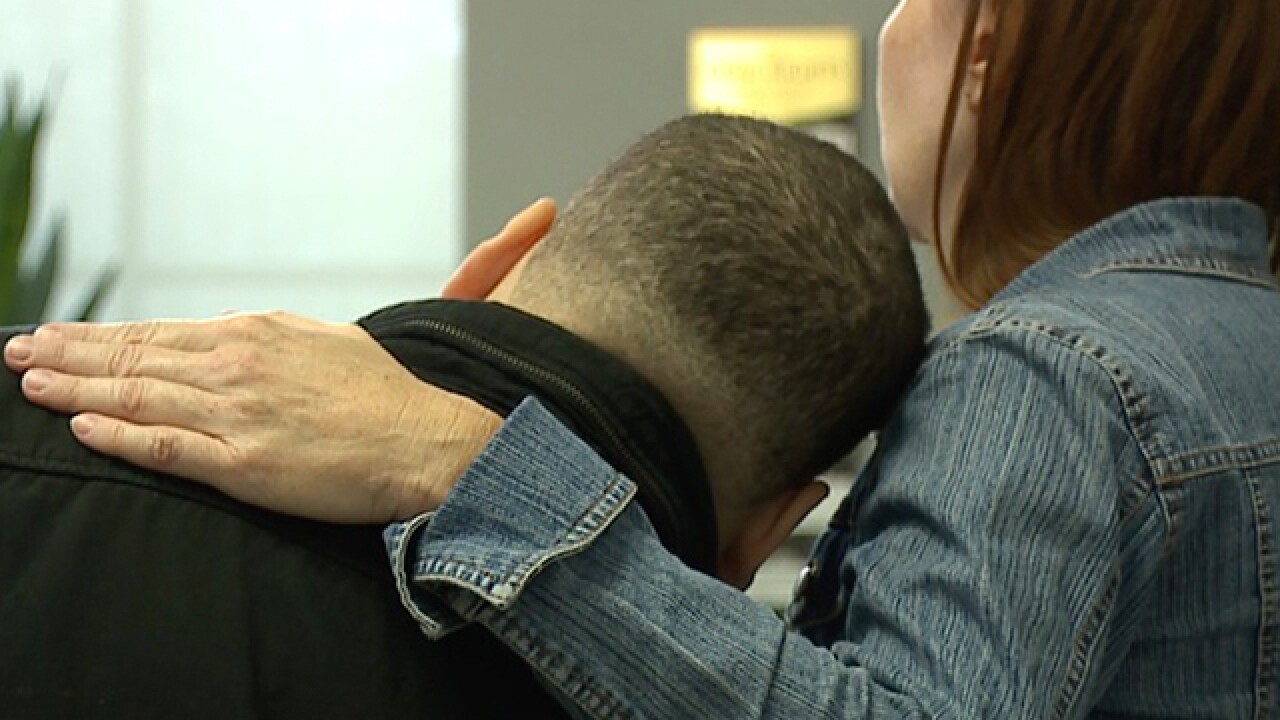 A hand on the back is sometimes the best Theresa Sweeny can do for her 22-year-old son Noah. He's one of the Ohioans in 29 counties across the state whose care is coordinated through MyCare Ohio, an experiment to streamline services for people who are on both Medicaid and Medicare.

Noah and Theresa's problems started at first around his out-of-state specialists.

"Noah has an ultra-rare disease that no one in the state of Ohio treats," said Sweeny. 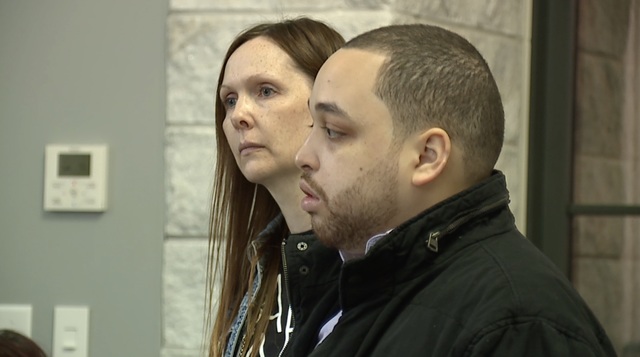 Noah and Theresa meet with News 5 at the Cleveland Public Library.

Noah's Gaucher's disease means he's at risks for seizures and can only be treated by a few doctors. When he was first put on the Buckeye Health Plan through MyCare Ohio, Theresa says Noah's case manager told her Buckeye wouldn't cover appointments out of state, and those appointments were canceled. Later, Theresa learned Buckeye actually did cover those kinds of appointments.

The problems with the case manager continued, and Theresa says from start to finish, she was left in the dark.

"She was very difficult to reach," said Sweeny. "She took a long time to return phone calls.

Now, Noah has a new insurance company and new case manager and Theresa says the responsiveness has gotten better. Still, Theresa says state delays paying providers have scared away so many nursing agencies that Noah has gone six months without the level of care that he needs.

"We did find an agency that is able to cover maybe three days of Noah's nursing, even though he's been approved for seven days a week of nursing," said Sweeny.

Noah's medical needs are clearly complicated, and it's cases like his that experts say caused Ohio to start experimenting with MyCare Ohio a few years ago.

The goal is making coverage simpler and cheaper. 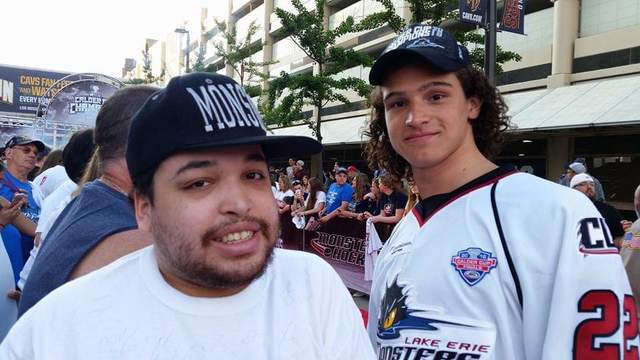 Noah's Gaucher's disease means he's at risks for seizures and can only be treated by a few doctors.

"With something like MyCare, why it matters is because most of the money that gets spent in Medicare and Medicaid goes to those really complex populations," said Center for Community Solutions Public Policy Fellow Loren Anthes.

Anthes says the political battles often happen around Medicaid expansion in states like Ohio. He says what doesn't get as much attention is the fact that the state's growing population of elderly people, and patients who need a lot of care, like Noah, are the ones who push the costs higher for everyone.

That's where MyCare Ohio is intended to make the care easier to get for the people who need the most medical help while helping them save money along the way.

"The question is: is this the right model, or can improve the model," said Anthes. "I think that's still an outstanding question."

State evaluations say MyCare Ohio has worked well connecting patients to providers and saving the state money. Ohio Medicaid is now asking the Centers for Medicare and Medicaid to extend MyCare Ohio through December of 2022.

Buckeye Health Plan responded with this statement through a spokesperson:

“Buckeye is pleased to participate in the nationally recognized MyCare program, an innovative program that is improving health outcomes for seniors and people with disabilities. Buckeye is committed to working closely with our MyCare members to deliver high-quality care and improve their quality of life.  Ninety-four percent of members surveyed said that they would recommend Buckeye MyCare to a friend or family member.  In the most recent reporting period, Buckeye scored the highest on the Department of Medicaid’s MyCare Pay for Performance Quality Measures.  If Buckeye members ever have questions about their services, they should call Buckeye at 866-549-8289 for additional member service.”

CareSource, which manages Noah's care now, responded with this statement:

More than 113,000 Ohioans, including a majority of seniors, are receiving a better quality of care as a result of the MyCare Ohio program. In fact, MyCare participants have voiced a 93% satisfaction rating with their care manager relationship and CareSource in particular has received a global rating above the national average.

CareSource serves more than 27,000 Ohio MyCare members and we constantly seek regular input through our open forum Advisory Council, but if just one member has a concern, we take it seriously.

We know, when possible, people want to retain their independence and don’t want to live in nursing homes. MyCare creates opportunities for members to live a better quality of life, at home, where they can thrive with the help of the MyCare program. Since 2015, Managed care plans have been instrumental in identifying 13 poor performing Ohio nursing homes that were ultimately closed. These closures allowed for more than 400 MyCare members to be moved to other safer environments.

Financially, MyCare has created a savings of $30 million annually above what would have been achieved under traditional Medicaid fee for service programs.

We value the continued collaboration our members have with their care managers and we look forward to partnering with our communities to enrich the lives of the MyCare participants.

An Ohio Department of Medicaid spokesperson provided this statement:

ODM actively monitors our MyCare plans through a variety of strategies including national evaluations and independent assessments by outside research groups.  While we understand that some members may have a negative experience with a managed care plan, overall our evaluations have shown that 93% of MyCare members are satisfied with their relationship with their care manager.  There are those that continue to want to use the old, fragmented fee for service system, but ODM believes that fully integrated care with a centralized care coordinator working closely with the member on all aspects of health needs is how to improve health outcomes over the long term.

Additionally, the Department establishes and enforces network adequacy standards to protect enrollees access to providers.  Plans who fail to meet the established network standards face an escalating penalty system as established in the managed care contracts.  ODM also actively monitors plans prior authorization rates, service usage and grievance and appeals data watching for positive and negative trends. Understanding that an individual member may have a specific challenge the department has a consumer hotline and a beneficiary ombudsman to assist.  Our data suggests that the My Care Ohio program is performing equal to or in many instances better than other programs the department administers.