'People are scared': Squatters living in an abandoned CLE house are creating problems for residents

'People are scared': Squatters living in an abandoned CLE house are creating problems for residents

Illegal neighbors in an abandoned house are creating a big problem for people who have lived on Dearborn Avenue for decades.

"They're scared," said Louis Modic, speaking about his neighbors. "People are scared here." 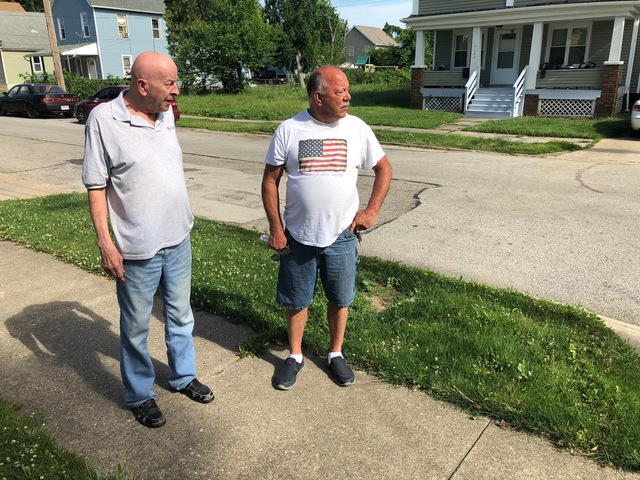 Louis Modic and Fred Cherney look down the street at 7118 Dearborn Avenue, where they say squatters have moved in after the property was abandoned.

Modic says Dearborn Avenue has had its ups and downs during his 25 years on the block, but he says the squatters in a vacant home up the block are getting in the way of the home renovations and new paint jobs on the street.

"The neighbor across the street, she said they were banging on her door at 11 o'clock at night wondering if she had a cigarette or if she had water," said Modic.

"That house has no electricity on at night," said Fred Cherney, who lives next door. "No light on or nothing, but people are living there."

The abandoned home on Dearborn Avenue has no front stairs to the porch. A man who said he lives in the house used the paint bucket on the left to climb up and down.

Fred and Louis say cars and people are coming and going all the time. On June 8, a police report shows that a man was taken from the home and brought to the hospital after he started screaming at officers.

When News 5 cameras were at the house, a person inside claimed the home belonged to a relative, but records suggest that's not true. 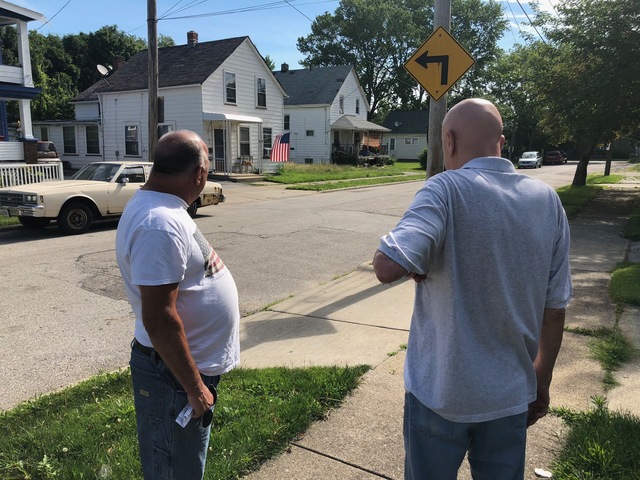 Modic and Cherney look down the street toward the abandoned home where squatters have moved in, next to the home with the American flag.

The Cuyahoga County Auditor's website shows the property is owned by Dantino Enterprises, which has two open court cases for two other properties it also seems to have abandoned. The county can't track down the businesses so for now, the homes just sit.

In Cleveland, property owners have to serve squatters eviction notices and then take them to court to kick them out. The police department can only arrest people if they have warrants and when the owner won't take action, people like Fred, Louis, and their neighbors are on their own. 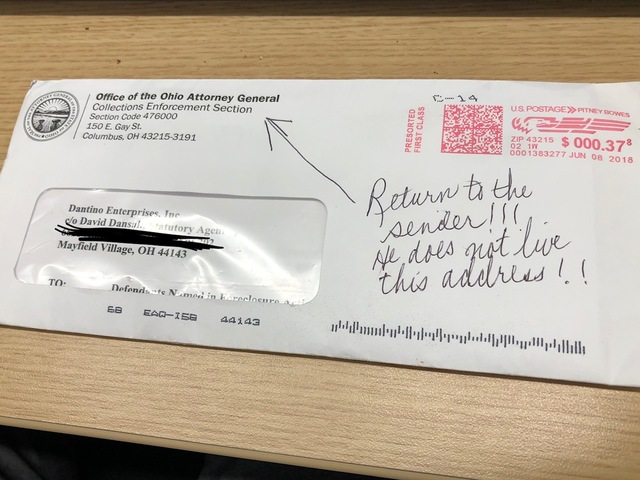 If the owner is uninterested in evicting squatters, the ownership for the home has to change hands through foreclosure or a sale before the eviction process can even start, creating more delays.