THC nasal sprays denied by Ohio Board of Pharmacy 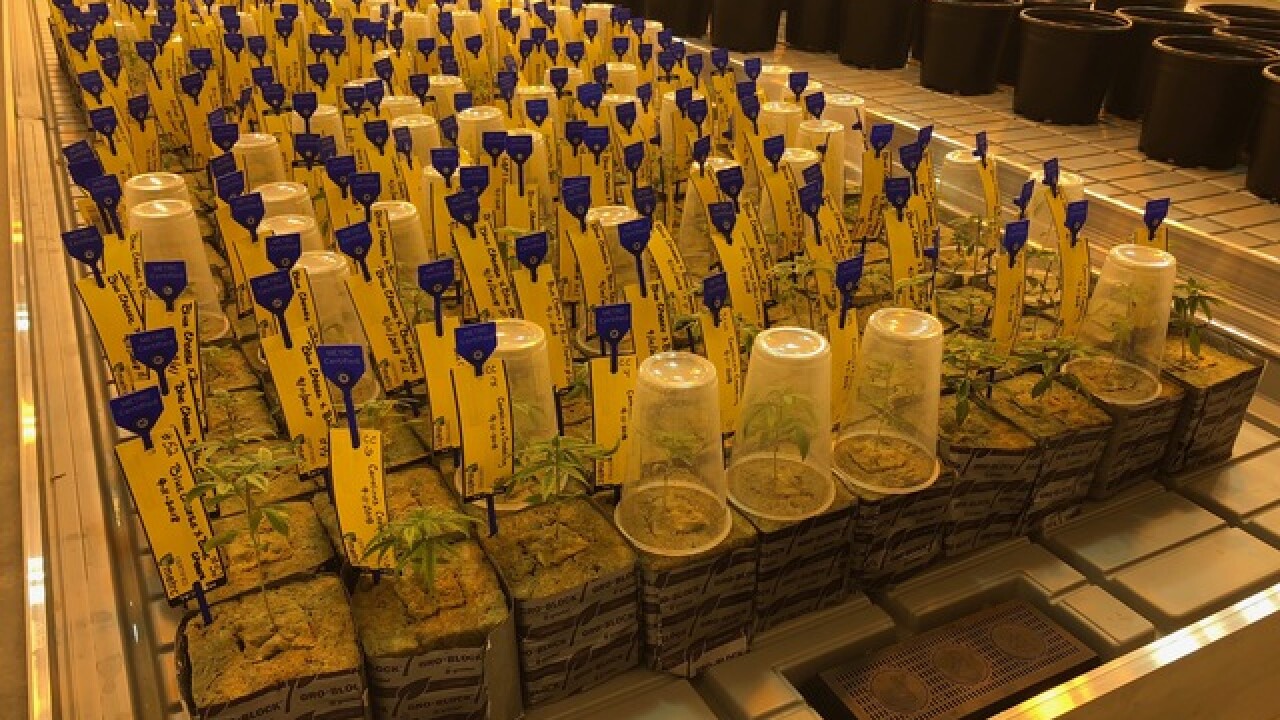 COLUMBUS, Ohio — The Ohio Board of Pharmacy declined to expand the Ohio Medical Marijuana Control Program to include nasal sprays during the state agency's meeting in the state capital on Thursday.

Board of Pharmacy lawyer Erin Reed told the Medical Marijuana Advisory Committee the decision was made after an independent review, public comment period and attempt to reach out to industry experts. Reed said the Board of Pharmacy had concerns over the effects that alcohol-based sprays could have on the body and received no responses from industry members in other states that already make intranasal THC products.

The review started after petitions asked that the state medical marijuana program to be expanded to include nasal sprays as an additional way to take medical marijuana. Reed says the Board of Pharmacy could re-consider another petition, if one is created, in six months.

Here's what else we learned today...

CBD in Ohio
The future of CBD products in Ohio still hangs on the Farm Bill passed by Congress in December.

That national legislation created a process for states to draw up their own hemp programs, but it doesn’t overrule state laws already in place.

The Ohio Board of Pharmacy only allows CBD products to be legally sold in the state’s dispensaries. Reed told the committee she was unaware of any CBD-only products being sold right now.

Senate Bill 57 would create Ohio’s hemp program and place it under the Department of Agriculture. That bill passed the Senate at the end of last month and is now working its way through Ohio’s House.

Dispensary certificate of operation delays
Reed told the committee the Board of Pharmacy has been keeping close contact with the 43 dispensaries in Ohio that have a provisional license, allowing them to build their dispensary locations. They have not yet received a Certificate of Operation, which would allow them to open for patients to buy medical marijuana.

Only 13 dispensaries are open right now, leaving entire regions of the state uncovered.

“We are trying to make very clear to the dispensaries who have not yet received their certificate of operation how important it is,” said Reed. “Our agents are ready and asking for status updates. They’re trying to understand what the obstacles they have to overcome are.”

Reed says the problems vary in each location, between changing city ordinances to unusual physical issues at the dispensary locations that are preventing final inspections and a certificate being granted.

Cleveland residents are still waiting for two dispensaries inside city limits to get their Certificates of Operation.

The Botanist, which already has dispensaries in Canton and Wickliffe, is planning to open a dispensary at 3865 Lakeside Avenue in Cleveland. Another dispensary is being built on Prospect Avenue, a block away from Playhouse Square.

Medical Marijuana Advisory Committee Chair Curt Passafume, a practicing pharmacist and member of the State of Ohio Board of Pharmacy, later said that officials are meeting as often as twice a week to make sure they are moving quick enough to work with dispensaries when the dispensaries are ready for inspections.

Hamlin said one business applied to be a cultivator before the local government created a moratorium, preventing the business from opening. The Department of Commerce’s rules prevent licensees from applying for a change of location until the business has a Certificate of Operation.

“They’re stuck in a position where they can’t move until they become operational, but they can’t become operational because their jurisdiction has a moratorium. But our rules are very rigid, and we don’t think we have the authority as they’re written to allow them to do anything,” said Hamlin.

If the director gets the authority to issue those kinds of variances, Hamlin says the Department of Commerce intends to allow the cultivator to move.

Hamlin outlined what the Department of Commerce can do when licensees aren’t meeting expectations.

While businesses can apply for extensions to get their cultivation, processing or dispensary facilities open, Hamlin says those extensions are coming with exceptions.

“Our interest is in helping the licensees be successful, but we don’t want people treading water,” said Hamlin.

He says the Department of Commerce has already had to fine licensees, impose additional conditions before granting a Certificate of Operation, and even revoked one cultivation license for a facility around Toledo. An appeal for that revocation is still pending.

Monitoring for doctors
Reed said that Ohio is one of the first states to require dispensaries to record sales in a system such as the Ohio Automated Rx Reporting System (OARRS).

Since the system is used for traditional, FDA-approved medications, Reed explained that the entry system had to be standardized so the information about medical marijuana products would make sense to doctors who are not involved in recommending medical marijuana to patients.

Instead of the creative names for strands and products that patients might find on dispensary websites, products will be entered into the OARRS system as ““Tier 1 (less than 23% THC) plant material for vaporization,” or “Edible for oral administration.”

This program allows a patient’s other doctors to be able to keep track of what medications and medical marijuana products a patient has taken.

Feedback loop on the way
The Ohio State Medical Board is working on collecting feedback from patients and doctors regarding the state’s medical marijuana program in the next few months. Executive Director A.J. Groeber told the committee they’re looking into creating feedback loops in the annual visits that patients will have to make to renew their medical marijuana recommendations.

Groeber said the doctors would ask patients what positive or negative effects the patient has seen and what they were. That feedback would be combined with information the state program already has about what products and how much the patient purchased to help the doctor advise the patient.