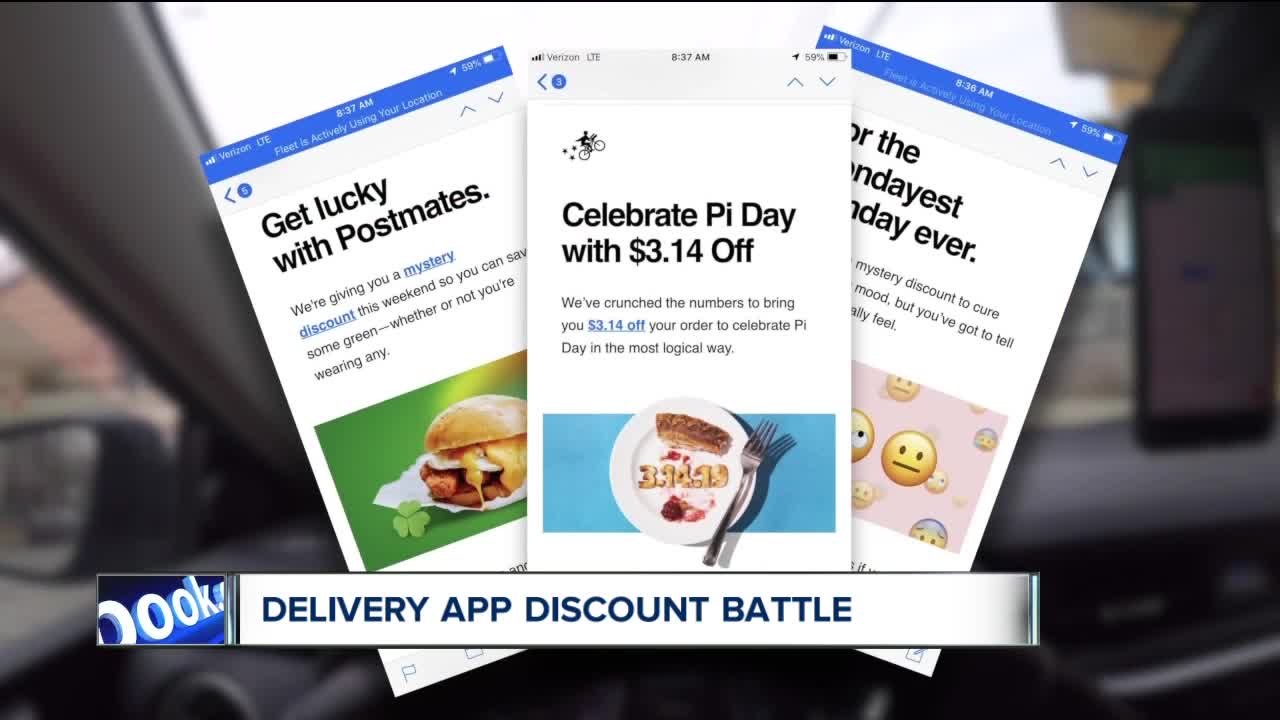 Food delivery apps like UberEats are constantly trying to win your business by offering weekly promotions. 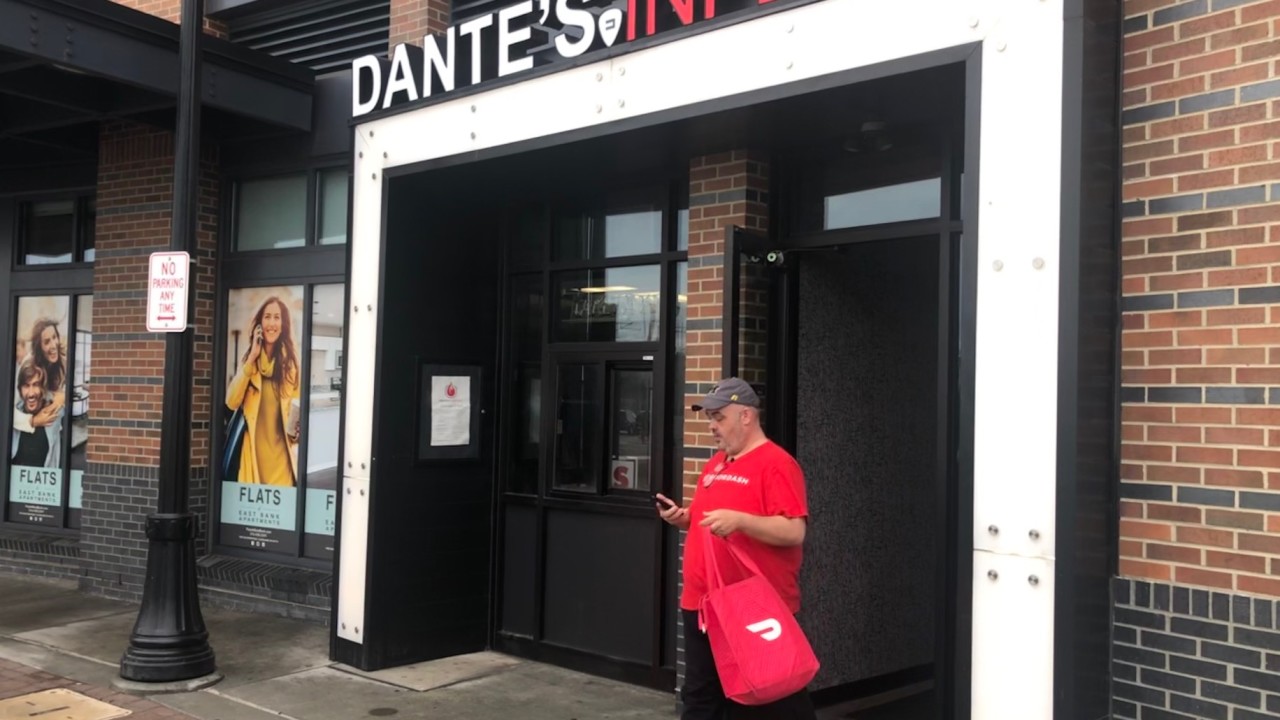 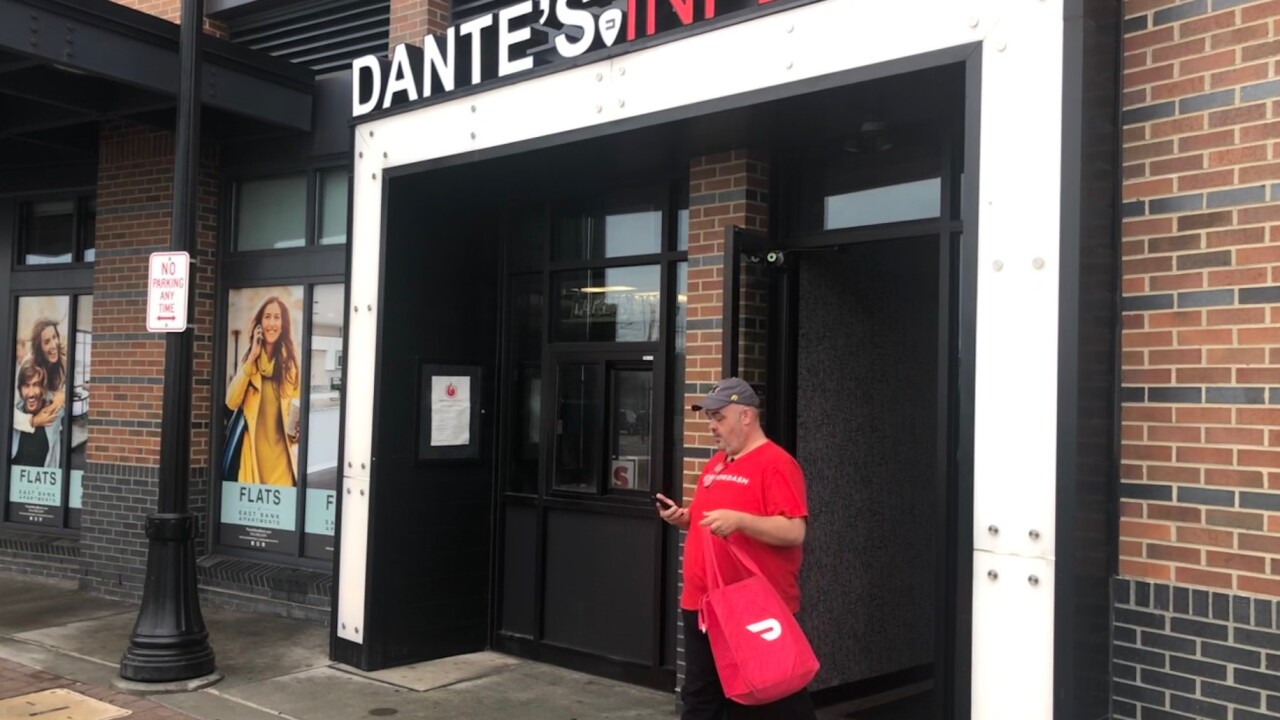 A late-morning lunch rush sends Harold Craig from Dante's Inferno in the Flats all the way to a fresh fish market on the east side, picking up other people's food.

Craig drives for a few different food delivery services and says he's figured out the differences in how each one pays for their service.

He says more promotions from companies like DoorDash, UberEats, and Postmates are driving more customers to their phones for food.

"The companies will give promos there because they want to fight over the business that they generate," said Craig.

Craig's eyes in the rear view mirror while he drives to delivers an order during lunch.

One of Craig's deliveries one afternoon was to the Northeast Ohio Regional Sewer District building, where Ramone Smith works and says those kinds of orders are pretty common.

"To commute downtown to travel to get something, it's more convenient [to order online]," said Smith. "We all pitch in and order on the app. It's like eight of us in the office, probably about three to four days a week."

Customers like Smith can be on the receiving end of an onslaught of deals and offers. One deal for March Madness, another to lure new customers, a third just because it's Friday.

One promo send to DoorDash customers offers discounts just for it being Monday.

The goal is to create loyalty, but it actually results in the opposite.

"You hop from app to app just to see what are the best deals because all the prices vary," said Smith.

None of the companies would answer News 5's questions about how they give out promotions, but restaurants are benefiting, too.

"It's been steady," said Crust owner Megan Griffin. "It's been great from the beginning."

Griffin says she's never had to hire a delivery driver because it's so easy for customers to order food online, and the apps send their own drivers to deliver the meal.

Crust in Tremont has more room for seating compared to it's original location on the east side. Griffin says that's why food delivery apps helped their business from the start.

She says online orders account for about 10 percent of their business between both of Crust's locations. With time, she thinks that will only grow.

"I mean, it's 2019," said Griffin. "No one wants to leave their house, they don't have to call on the phone, they place their order right online and there's no interaction. I feel like that's kind of our generation now."