The area just across the Cuyahoga River from Tower City doesn't look like much now, but architectural renderings are letting Clevelanders imagine what could be.

The area just across the Cuyahoga River from Tower City doesn't look like much now, but architectural renderings are letting Clevelanders imagine what could be.

"I think it's great," said Julie Cleary after seeing renderings on an iPhone. "I think if it's maintained and if it's as pretty as the pictures you showed, it's going to be a great asset." 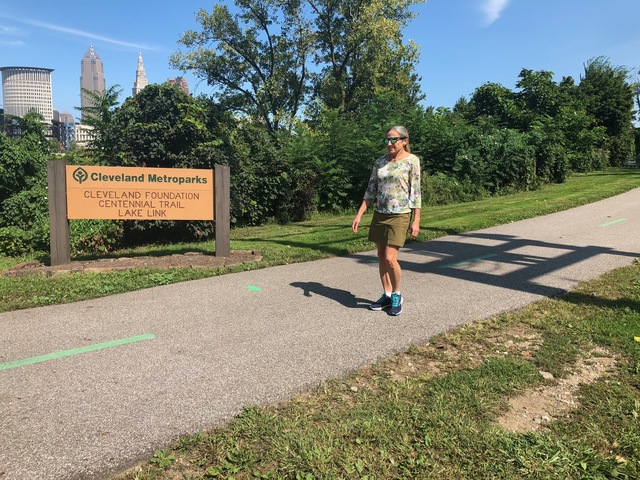 Julie Cleary walks along the trial near where Thunderbird could one day be built.

"Well, I think it would be awesome, especially because you could just walk down here," said Annie Profeta while on a walk from her home in Tremont.

The plans for Thunderbird look sharp, but they're still only a concept, and Ohio City Incorporated Executive Director Tom McNair says he thinks that will help the plan ultimately be more successful.

"I think they've got a really great plan to intelligently develop this over time," said McNair. "This doesn't have to be one of those developments that happens all at once."

Great Lakes Brewing Company has already purchased a large chunk of the land, but it doesn't take a long look at the peninsula to see that there's little more than abandoned buildings and open space everywhere else.

A sign showing where Great Lakes Brewing Company has already purchased land stands near a trailhead on Scranton Peninsula.

"I think one of the things that are so exciting about the Scranton Peninsula is it is largely, at this point, a blank slate," said McNair.

A blank slate that could help reclaim the pieces of land along the water that used to be mostly industrial. With the factories gone, the idea is to put people back on them with places to live and shop, all designed with pedestrians in mind. 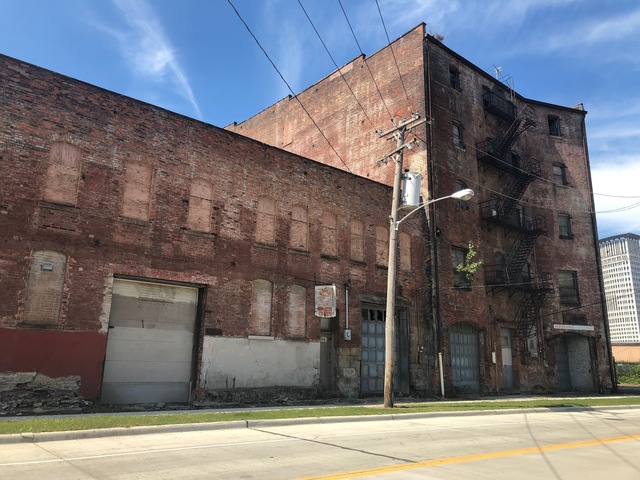 An abandoned building sits on the other side of Scranton Peninsula where shingles for Northcoast Power Tools and Eagle Furniture Stripping Service still hang.

"It has the ability to completely change the way that our neighborhoods interact with the waterfront," said McNair.

Not unlike The Flats. But Thunderbird would likely have its own identity and would be accessible to a different group of people.

"I think it would be cool to have something down here especially on the water," said Profeta. "I like The Flats and all that but this is a lot closer."

While a skeptical business owner nearby tells News 5 he'll be shocked if the plans ever get built, Cleary says she struggles to find a downside so far. 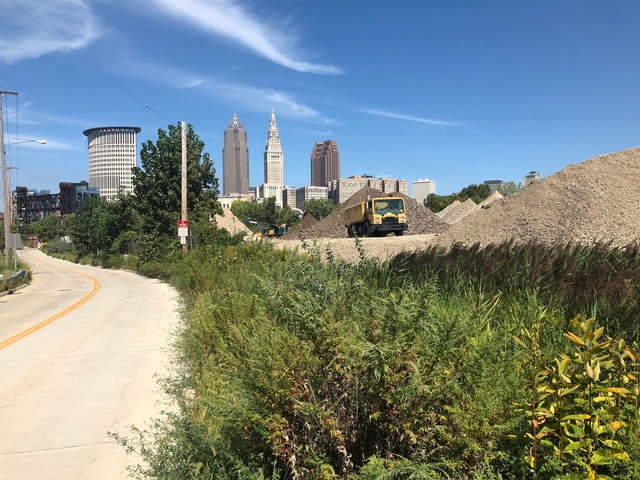 Construction equipment works on Scranton Peninsula with the Cleveland skyline in the background.

"Bringing more people and more business into the community is great no matter where you do it, as long as it's well done," said Cleary.

McNair says the developers do have to make sure the ground is tested and safe to build on. He says so far that process has come up with positive results.