With great benefits and pay, jobs are available in Cleveland's booming maritime industry 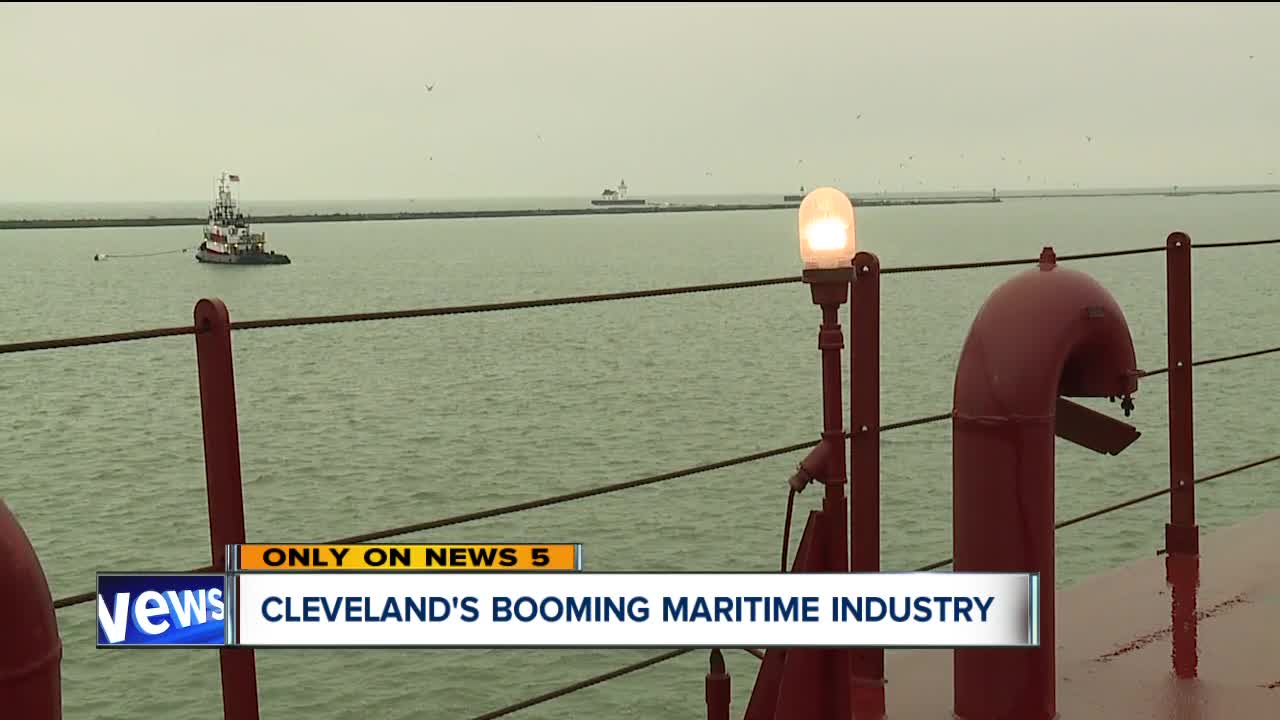 Great pay and benefits, free meals plus room and board all without a college degree. Sounds like a dream job, right? The catch, you need to hop on a freighter ship for weeks and even months at a time and set sail on the Great Lakes. 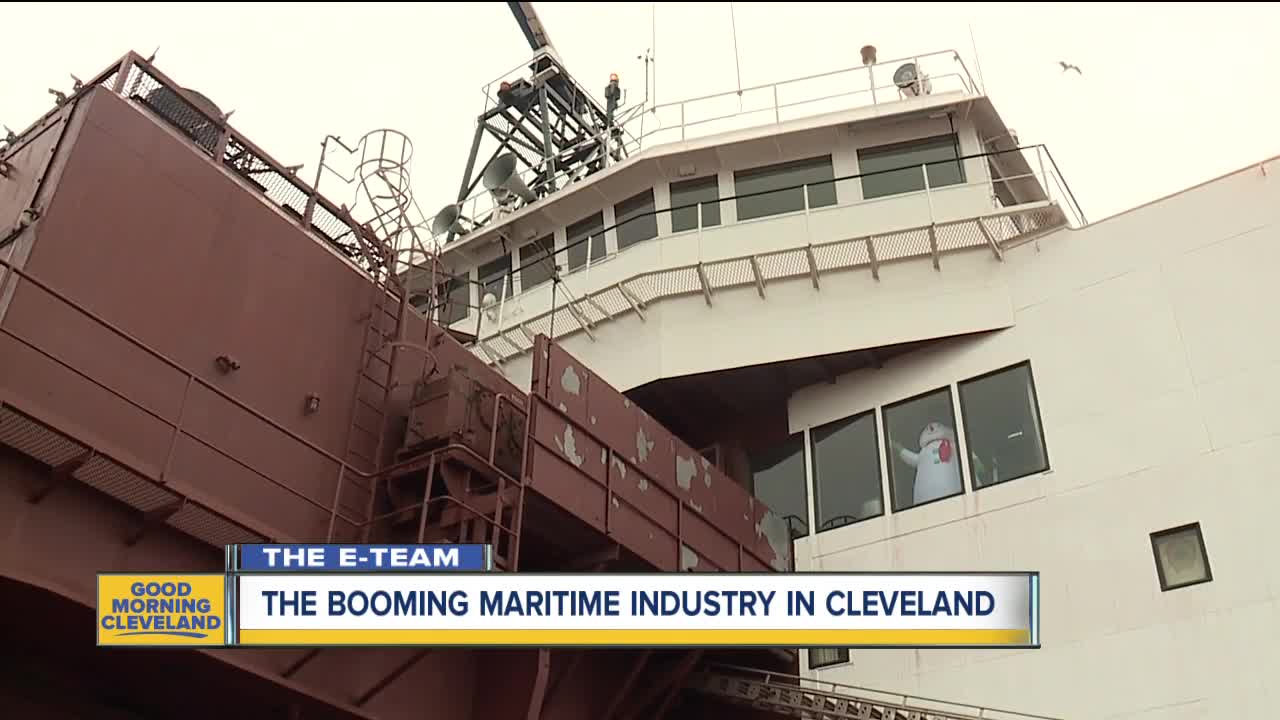 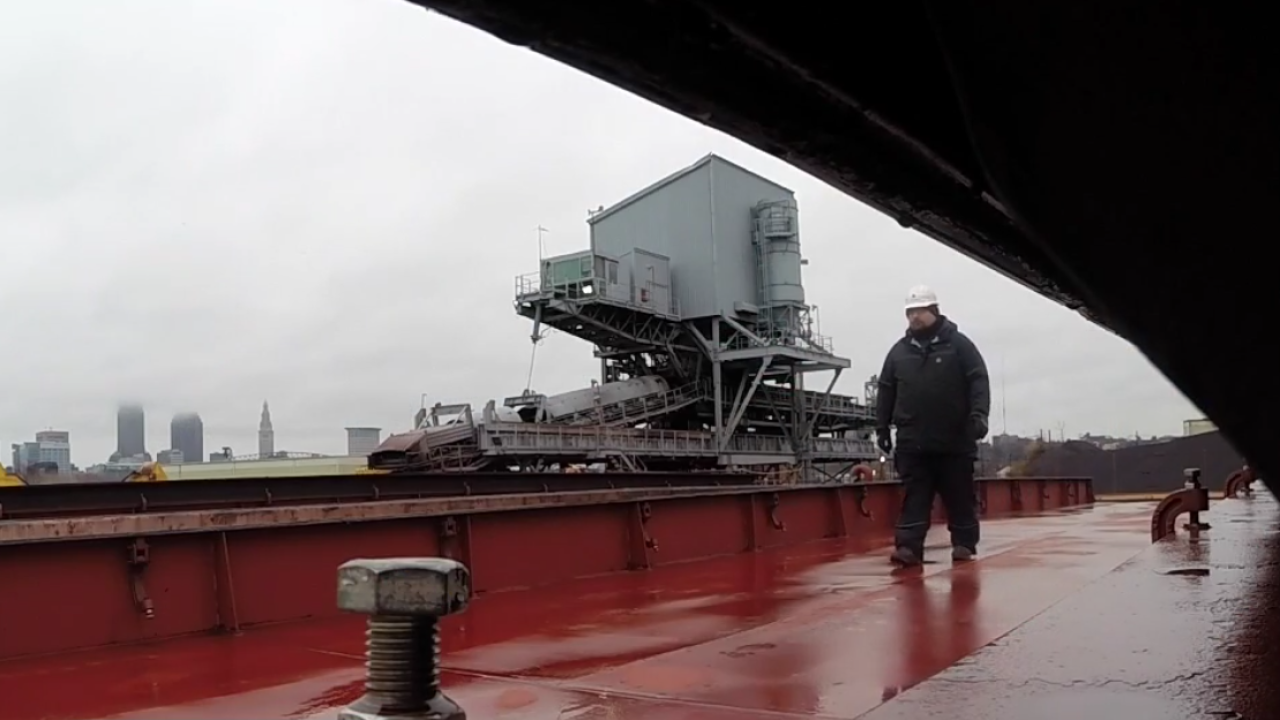 CLEVELAND — Great pay and benefits, free meals plus room and board all without a college degree. Sounds like a dream job, right? The catch, you need to hop on a freighter ship for weeks and even months at a time and set sail on the Great Lakes.

In the middle of winter, the waters of Lake Erie are harsh and unforgiving. Too dangerous to navigate for most. But come spring, once the ice thaws and the air warms up, there will be money to be had on the water. Always has been always will be.

"You can have a job on a boat out of school making $60,000 a year,” Jason Toth, director of training and vessel personnel for the Interlake Steamship Company said. "We have an aging workforce, with all the baby boomers retiring."

The maritime industry is plagued with the same problems you see on land. The work force is getting older and young replacements are harder and harder to come by. The industry is looking to groom the next generation of cooks, engineers and deckhands to continue a proud Midwestern tradition.

"There's great opportunities out here for jobs to be had starting off at a maritime academy and coming out as a licensed officer or engineer or coming straight out of high school," said Jayson Toth.

From March to January, the Interlake Steamship Company based in Cleveland employs more than 300 workers who hop aboard a freighter and haul materials like iron ore which is used by Arcelor Mittal to help produce steel.

The experiences on the water and sights from port to port are priceless.

"The best part of the job is getting to see so many cool things and just meeting a lot of cool people," Ron Wilson, able bodied seaman for the Interlake Steamship Company said. Wilson got his start working high-speed passenger ferries in NYC. He resides in New Jersey while not on the Great Lakes. Interlake pays for his travel to and from whatever city their freighters are docked.

Cooking on a freighter is another in-demand job in the booming maritime industry. In steps the man of the world, Thom Bennett. From Antarctica to Cleveland by way of Traverse City Michigan. Traveling man, cooks where he can. And at the moment that’s the kitchen of the Mesabi Miner.

"I got a call from Interlakes, they said could you be in Sturgeon Bay in a week, I said yeah. So I called Antarctica said I wasn't coming back always wanted to be out on the Great Lakes," Thom Bennett, relief chef steward for the Interlake Steamship Company said. “I do three meals a day, seven days a week, plus there are snacks out there, cookies. Plus I have a second cook that helps me, we go through a lot of food.”

But there is sacrifice, the crew is on the water weeks at a time away from friends and family. It's something Geneva native Mike King knows all too well.

"There is definitely a great sacrifice for doing this job with a family at home with everything you miss," Mike King, Interlake Steamship Company first mate said. ”But you're also in the greater scheme making a better life for them and you can do more. Plus once one trip is done you get longer times off.”

Hard, rewarding, steady work. The story of life at sea.

"I have a lot of pride in this, it’s a very prideful job when it comes down to it.” Ron Wilson said. “For people who want to go out there and start doing it, its overall very rewarding and have fun doing it."

Interested in a job on the lake? Apply here.