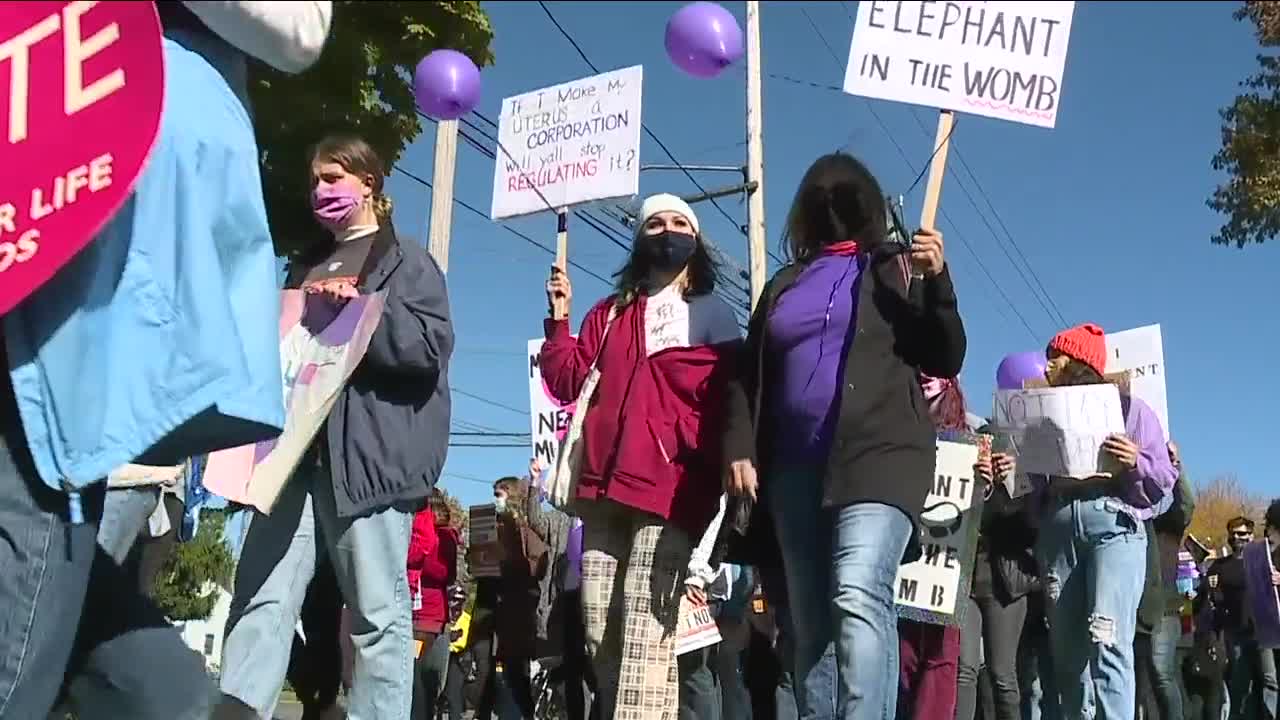 Crowds of people gathered in Cleveland's Lee-Harvard neighborhood Saturday for the city’s annual Women’s March. This year, activists looked to bring awareness to a wide range of issues. CLEVELAND — Crowds of people gathered in Cleveland's Lee-Harvard neighborhood Saturday for the city’s annual Women’s March. This year, activists looked to bring awareness to a wide range of issues.

“This is the year of the woman. And we need to celebrate that. And we need to talk about things that are happening in women,” Elaine Gohlstin, the director of the Harvard Community Center, said.

Those issues include bringing awareness to attacks on women’s rights, racial injustice and domestic violence. Activists are concerned about federal funding cuts to services that help women.

Speakers also expressed their gratitude towards women and honored their strength.

“Thank you to the many women who work tirelessly to keep our families, communities, and this country moving forward,” Councilman Joe Jones, who represents Cleveland’s Ward 1, said.

“We are on approximately the third year anniversary of the hashtag #MeToo movement. And I want to commend everybody, all the courageous women who have stepped forward to make that happen,” Kevin Kelley, who represents Cleveland’s Ward 13, said.

“We want to keep the policies that she worked so hard to put in place. And so we're taking a stand for her,” Elizabeth Crites, who attended the march, said.

Marchers also opposed the rush to replace her with nominee Amy Coney Barrett.

“We’re against confirmation until inauguration. The president has nominated a woman who is really a female in sheep’s clothing, because she intends to take us backwards,” Kathy Wray Coleman, the organizer of the Cleveland Women’s March, said.

But no matter their primary purpose for being there, everyone attending took the march as their chance to take a stand and make a change for women everywhere.

“I am personally here mostly out of frustration,” Beth Pribilski, who attended the march, said. “We are still fighting the battles that have been started. Why are we not equal? Why do we not have paid maternity leave even for a couple of months? Why are we still fighting? Why are there social injustices? And it takes people speaking out saying, 'enough is enough to make change happen.'”