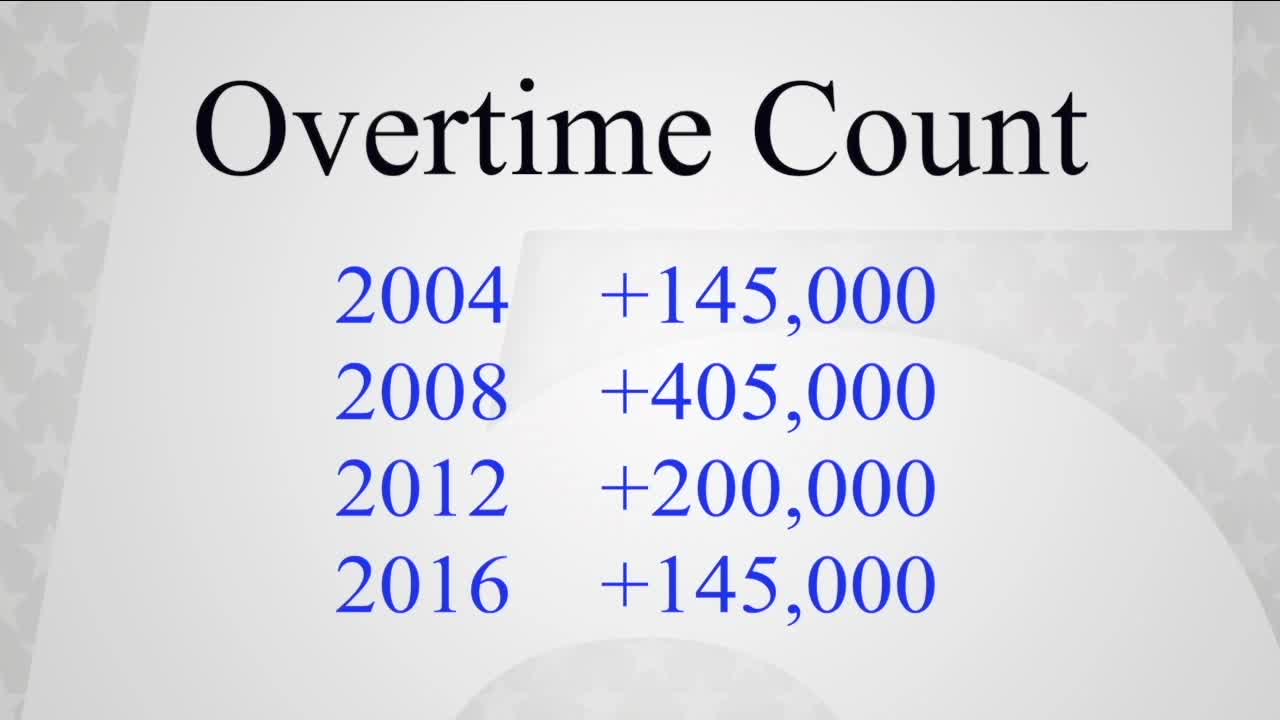 CLEVELAND — If there is a positive to 2020, it is expanding our vocabulary. Interregnum, for example, is a word that many will likely learn in the coming weeks; it is the 79 day period between Election Day and the presidential inauguration on January 20. Another addition is the phrase “overtime count” — it refers to the vote that comes in after Election Day.

"Many of these are the provisional votes when somebody shows up at a polling place and they don't have the address that's listed, they are given a provisional ballot,” said Baldwin-Wallace University political science professor Tom Sutton of the ballots that are later counted once the information is verified. “This can also happen with people who claim that they did not send in an early ballot but it's showing that they did."

But the biggest group will be the record number of absentee ballots. That’s because in Ohio, Secretary of State Frank LaRose said “the ballots can continue to arrive at Boards of Elections up to ten days later as long as they were postmarked by Monday November 2."

So in a quick survey of where the count stood in your morning paper the day after the past four presidential elections in Ohio and what the final count ended up being weeks later, we saw the addition of anywhere from 145,000 votes to more than 400,000 additional votes.

And here's something else political scholars have noticed: those overtime votes benefit Democrats more than Republicans. So again looking at the last four presidential elections, the overtime vote saw Democrats either gaining on their election night leads, as was the case with Barack Obama in 2008 with 55,000 more votes and 62,000 more votes in 2012, or close their election night gaps, as was the case with John Kerry in 2004, when he picked up nearly 18,000 votes, and Hillary Clinton in 2016, who gained 8,100.

“If we are looking at a close race then those will need to be counted and included in the total to see what the outcome is for Ohio,” Sutton said.

That’s why this year, the Ohio Secretary of State’s website will list the number of absentee ballots still outstanding.

”That way people can make informed decisions about where this thing is heading and if they’re going to call it for one candidate or another they’ll be able to be fully informed when they do that,” LaRose said.