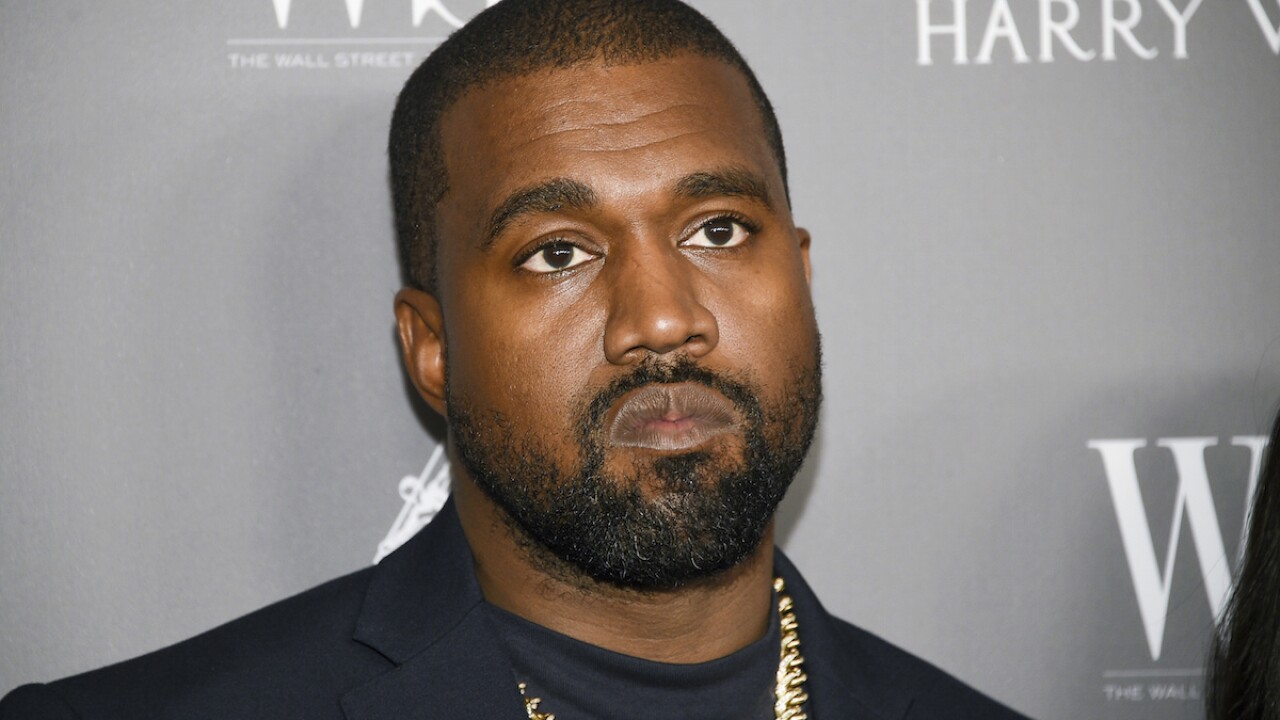 2019 Invision
Evan Agostini/Evan Agostini/Invision/AP
FILE - In this Nov. 6, 2019, file photo, Kanye West attends the WSJ. Magazine 2019 Innovator Awards at the Museum of Modern Art in New York. The rap superstar will design adult and kids' clothing that will be sold at Gap in 2021. Yeezy is best known for pricey sneakers that sell out online quickly. But Yeezy footwear, made with sneaker company Adidas, won't be sold at Gap. (Photo by Evan Agostini/Invision/AP, File)

Kanye West—rapper, business mogul and presidential candidate hopeful—will not have his name on the state’s presidential ballot after a unanimous ruling by the Ohio Supreme Court, ABC reported Thursday.

West and his running mate Michelle Tidball were decidedly left off the ballot in Ohio after failing to “meet the requirements necessary to appear on the presidential ballot in Ohio for the Nov. 3, 2020 General Election,” according to Ohio Secretary of State Frank LaRose.

LaRose stated that information and the signature on West’s nominating petition and statement of candidacy didn’t match up to the documents used to circulate part-petitions.

In order to appear on the ballot, West would have had to file a “valid and sufficient joint nominating petition and statement of candidacy that complies with the law and at least 5,000 valid signatures from Ohio voters and a slate of 18 presidential electors,” according to LaRose.

West filed a lawsuit against LaRose on Aug. 26 in an effort to be placed on Ohio’s presidential ballot.

In the complaint, attorneys for West’s campaign in Ohio alleged that it was LaRose’s duty to accept any petition for an independent candidate as long as there was no protest filed against the petition and it didn’t violate Ohio law.

The Ohio Supreme Court unanimously ruled that LaRose’s decision to leave West’s name off the Ohio ballot was lawful, according to ABC.

West had similar issues in Arizona, where the state’s court came to the same conclusion, leaving his name off the ballot there as well, ABC said.

Although he won't be on the Ohio ballot, West has made the ballot in 12 states: Arkansas, Colorado, Idaho, Iowa, Kentucky, Louisiana, Minnesota, Mississippi, Oklahoma, Tennessee, Utah and Vermont, according to ABC.