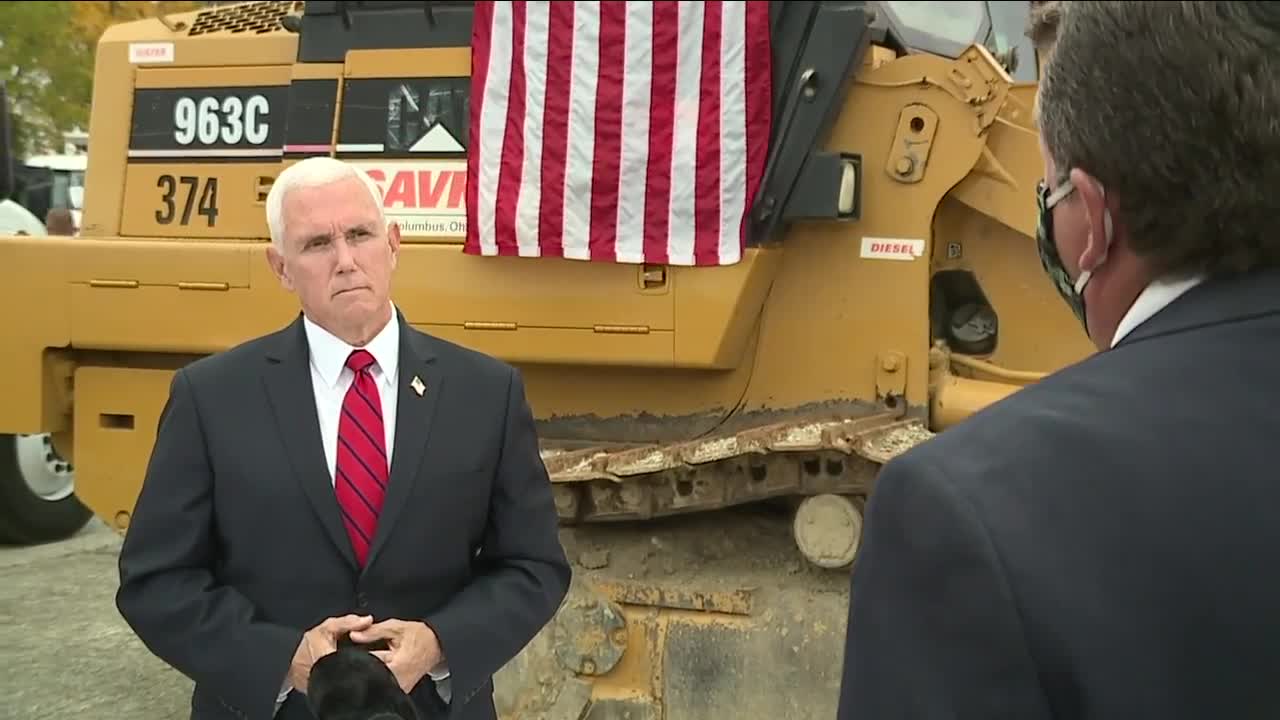 COLUMBUS, Ohio — Vice President Mike Pence spent Monday afternoon at an outdoor rally in Columbus, the event highlighting the administration’s record on jobs and manufacturing. The Trump-Pence ticket carried Ohio by eight points in 2016 on the strength of that message but after seeing growth in manufacturing jobs in Ohio in 2017 and early 2018 the growth trailed off as the administration’s trade war with China especially heated up. The Vice President told News 5 he doesn’t believe that will hurt them this fall.

“When Joe Biden was Vice President America lost 200,000 manufacturing jobs and the last administration said that they were never coming back,” Pence said. “President Trump said look if we cut taxes, we roll back regulation if we fight for free and fair trade and we unleash American energy manufacturing would come back and it did. Before the pandemic struck we saw 500,000 manufacturing jobs created including tens of thousands here in the Buckeye State.”

The crowd of several hundred wasn’t quite half masked and efforts to social distance were minimal. News 5 asked Pence as the head of the Coronavirus Task Force when he looked out and saw this and when he saw the president’s event at the White House Saturday where there were masks but no social distancing if he was ok with that.

“Well, I think first and foremost we do think that outdoor events are better and more constructive and the president hosting an event on the South Lawn and us hosting this great event today is reflective of that. President Trump and I trust the people of this country,” Pence said.

“We also recognize that while we are working our way through a pandemic we also have an election that I think could be one of the most important elections in the life of this nation and the American people have every right to come together to hear about that choice.

“And quite frankly as you see protesters all across the country and frankly you hear very little criticism from the national media about protesters President Trump and I are going to always stand for the right of Americans to come together and peacefully assemble just as they did today here in Columbus.”

And not a coincidence that the Vice President chose to come to Columbus on Columbus Day speaking out against the tearing down of statues saying “we will not allow our country to have all of its history and culture taken away from us.”