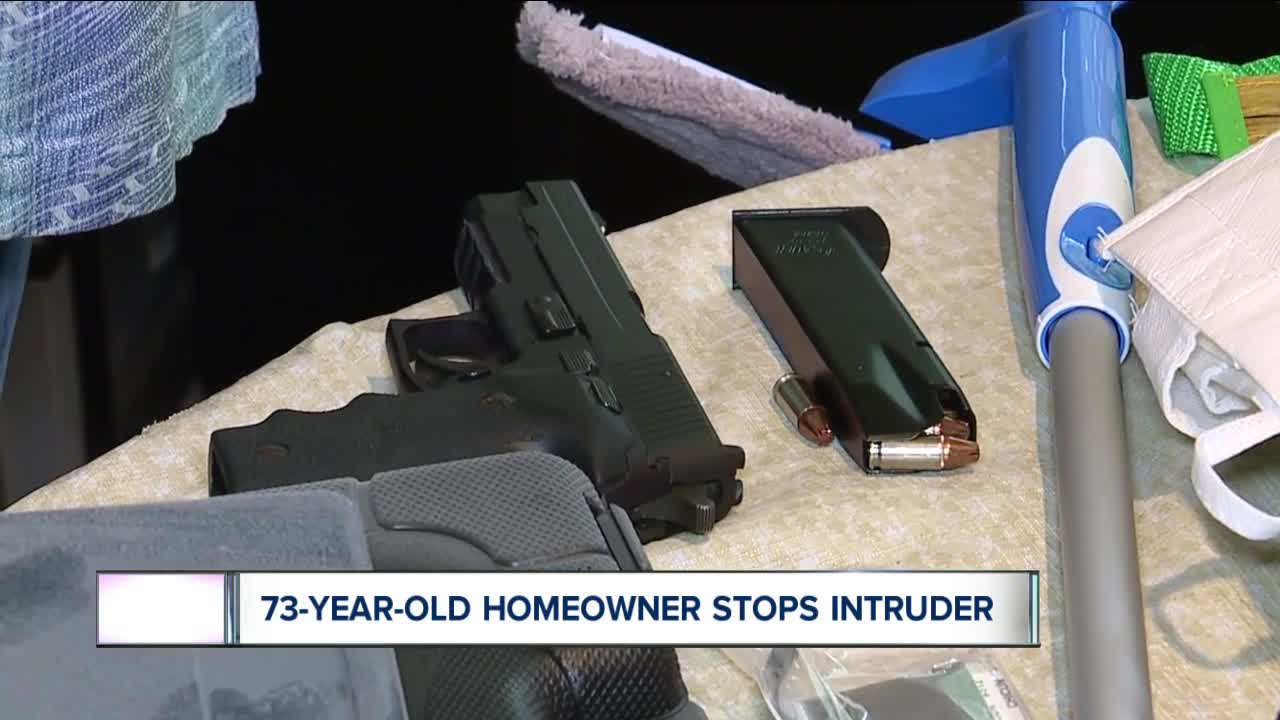 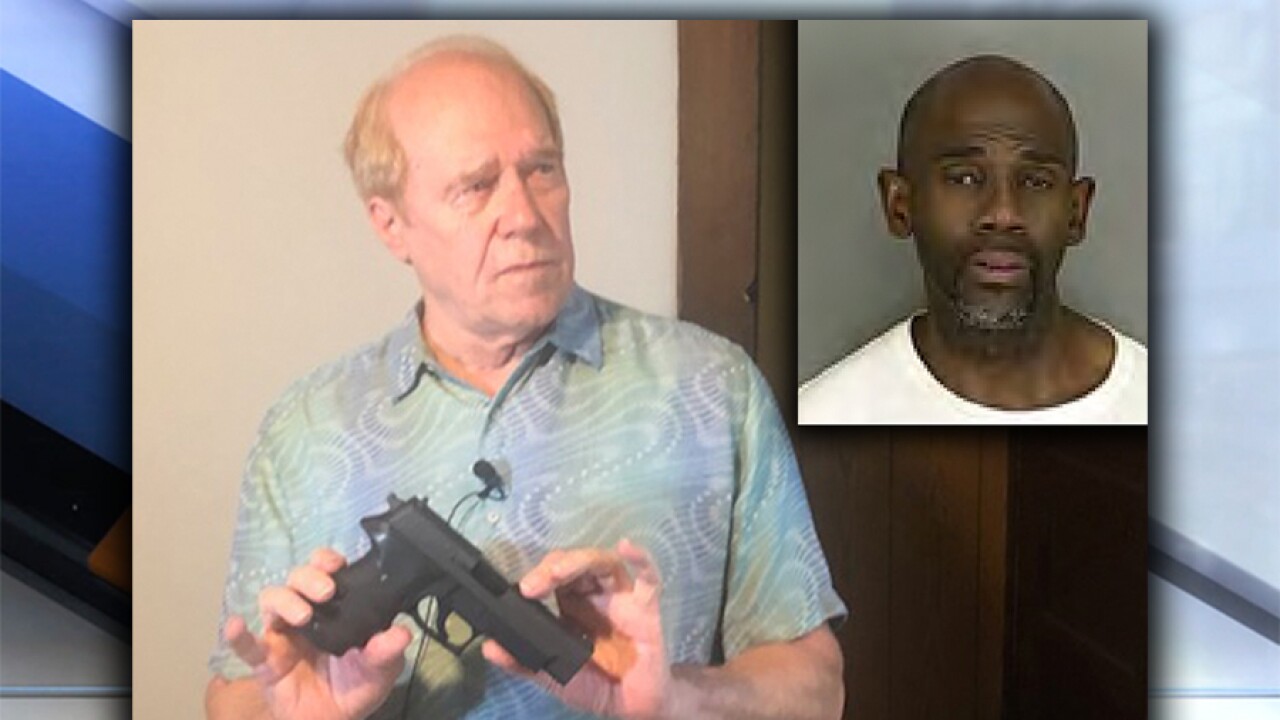 AKRON, Ohio — A man suspected of breaking into a house Tuesday morning in Akron was arrested after the 73-year-old resident confronted him with a gun and held him until police arrived.

Thomas Gaffney, 51, of Akron, has been charged with burglary, a second-degree felony.

The incident happened just after 5:15 a.m. in the 600 block of Crosby Street.

The resident, Daniel McGown, told officers that he heard someone ring his doorbell several times and shortly thereafter heard someone yelling from inside his house.

McGown, a retired attorney, responded to the commotion by grabbing his 9mm pistol from under his pillow in a second floor bedroom. He brought the loaded gun to the living room, where he confronted the suspect.

McGown realized he left his cell phone upstairs so he ordered the intruder to walk ahead of him at gunpoint to the bedroom.

"I told him to get down on his knees in the front of the bed, lay down on it with his arms out and I called police and they showed up and here he was," McGown said.

McGown was already on edge because of another break-in to his home. He said that crime happened in recent days while he was out of town.

In that case, guns, ammunition and laptops were stolen from the home and have not been recovered.

Akron police said they're investigating whether Gaffney could be a suspect in the first burglary.

McGown, who said he has a CCW permit, said this is not a case of taking the law into his own hands.

"My home was being violated and here was a guy doing it in my presence. Here's the guy, and I just wanted to make him stop doing that," he said.