A vow to 'get better, not bitter,' after drunk driver takes both of her legs, but not her spirit 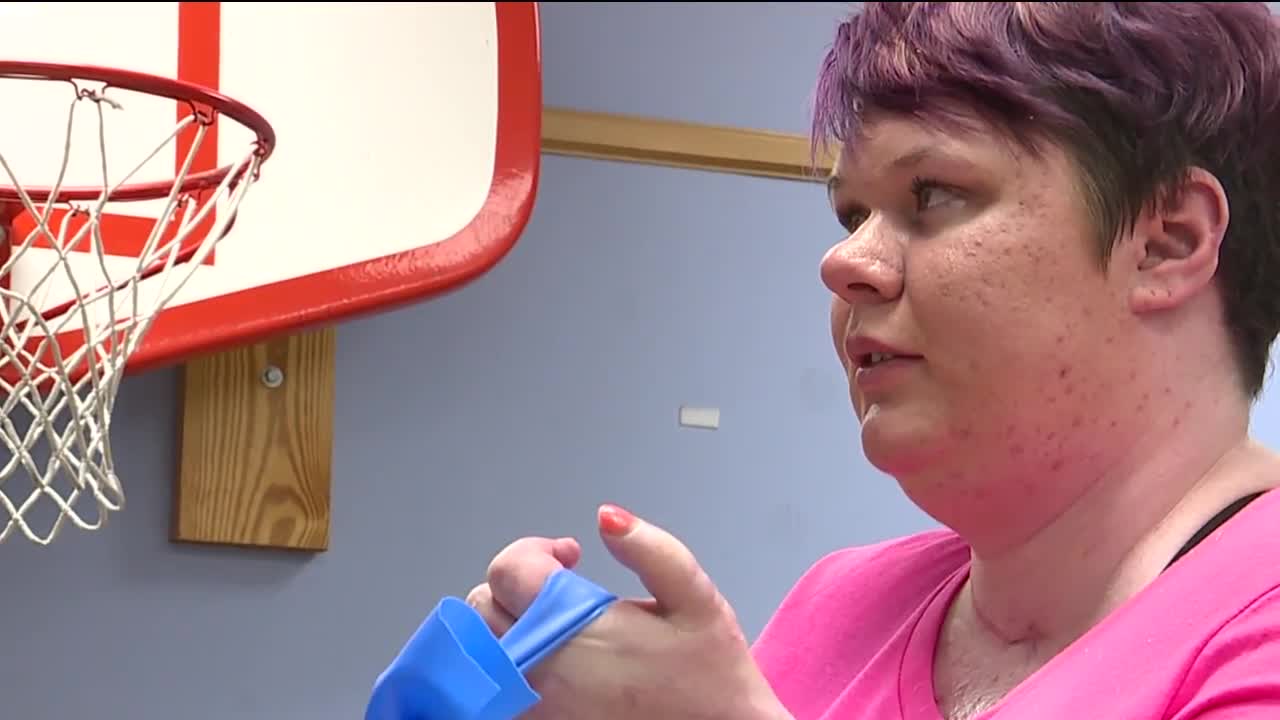 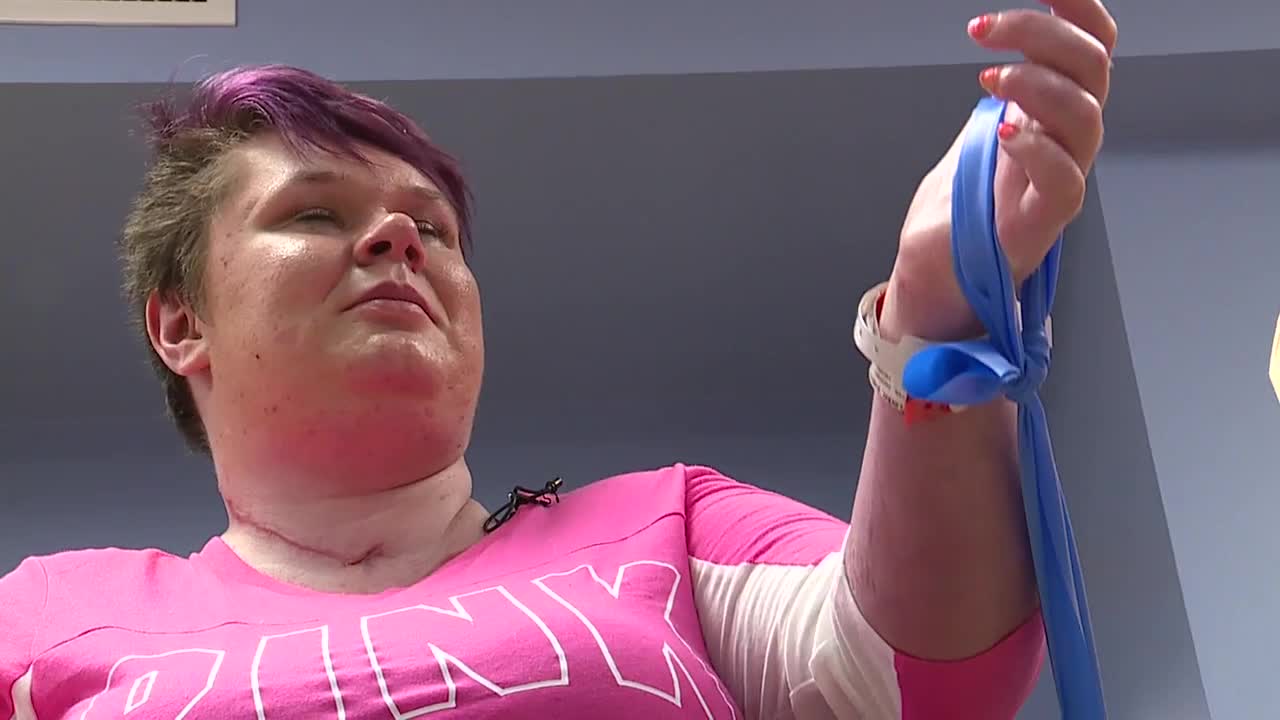 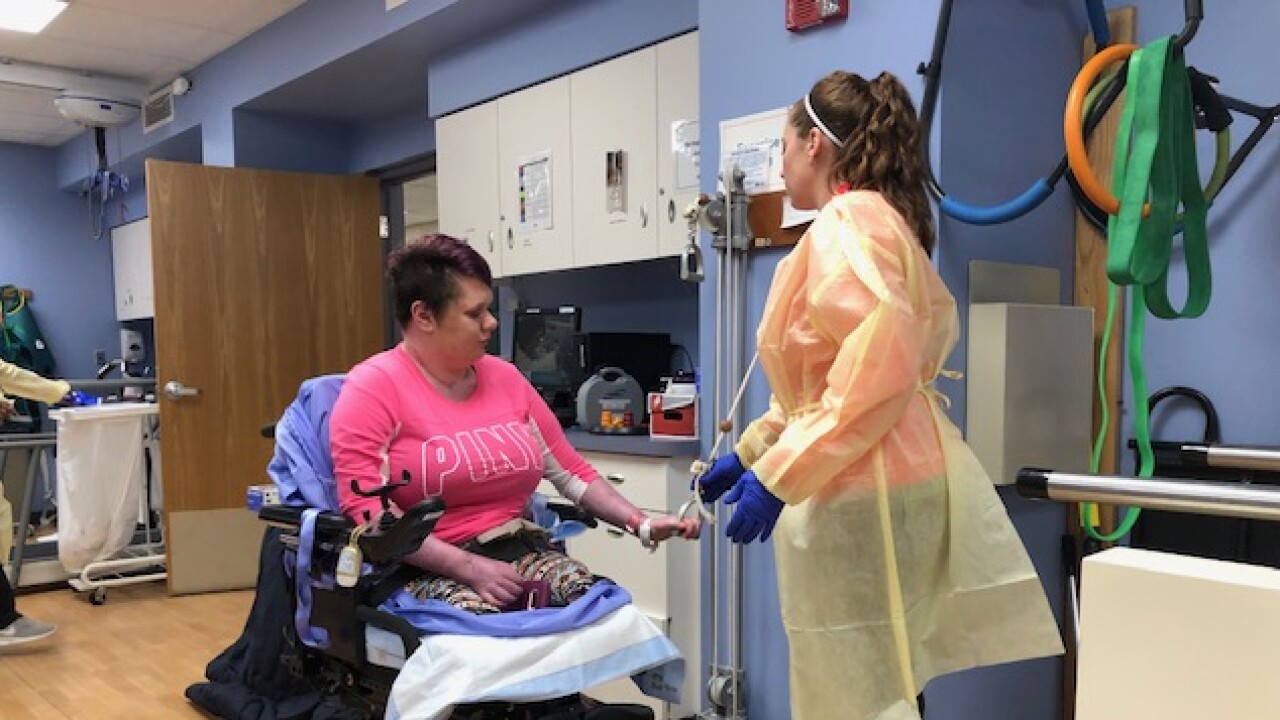 In the early morning hours of Sept. 29, 2017, Kim Locker finished her shift in Dover working for a cleaning and janitorial company.

She stopped at a Walmart and used the store's WiFi to download music she planned to play on the way to an upcoming concert festival in Kentucky. About 25 minutes later, her life would be changed in a devastating way as she drove to her family's farm in Dellroy.

Locker, who was 22 at the time, was heading north on State Route 39 (Roswell Road) in Carroll County just before 1:30 a.m.

"I remember headlights, and I didn't know what the hell was going on," Locker said.

The headlights were from a southbound pickup truck that had swerved into Locker's lane. She veered into the other lane, but the pickup swerved a second time leading to a horrific head-on collision.

Locker's SUV rolled, flipped on its roof off the roadway and burst into flames. 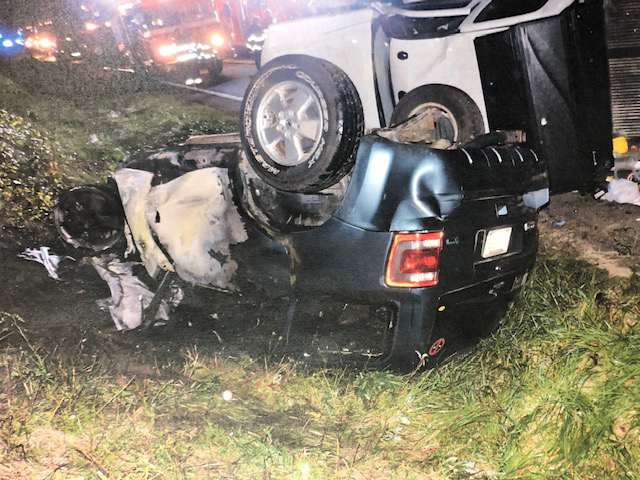 'One of the worst wrecks'
Sheriff Dale Williams, who responds to major crashes regardless of the time of day, was notified by deputies of the accident between Locker and the other driver, Christoper Ericksen.

Ericksen was drunk with a blood alcohol level more than two times the legal limit at .178 and suffered minor injuries.

Williams said it was one of the worst wrecks he has ever seen in his long law enforcement career.

Officers used fire extinguishers to douse the flames, and one of the deputies was burned trying to get Locker out of the flipped vehicle.

Tears welled up in the eyes of the county's top cop as he recalled the desperate attempts to save the young woman.

"It's one of those situations where she's wanting help and you're doing everything you can. Law enforcement couldn't get her out," Williams said. "As sheriff, you remember these things forever."

Firefighters and paramedics managed to pull Locker from the burning wreckage, and with her life hanging in the balance, loaded her onto a medical helicopter.

"I told Life Flight before they intubated me, 'Please don't let me die.' Because I didn't want to die yet,'" Locker said.

Her next memory would not come until four months later.

'A bright spirit'
Due to severe burn injuries on her legs, arms and chest, Locker was heavily sedated at MetroHealth Medical Center in Cleveland.

Locker said she didn't become fully awake until February of 2018. That's when she realized doctors had amputated both of her legs not long after the September accident.

Her doctors said there was no way to save her legs because the burns were all the way to the bone and there was no place to put muscle.

Locker grew up on a farm.

She had a work ethic.

She didn't give up.

"You don't get to where you want to go without putting some sweat and tears and blood out to get there," she said.

After six months at MetroHealth and stops at nursing facilities, Locker was transferred to Akron Children's Hospital, which has a burn unit that also treats adults.

She has endured a tremendous amount of pain and had nearly 30 surgeries, including skin grafts on her right arm and hand. 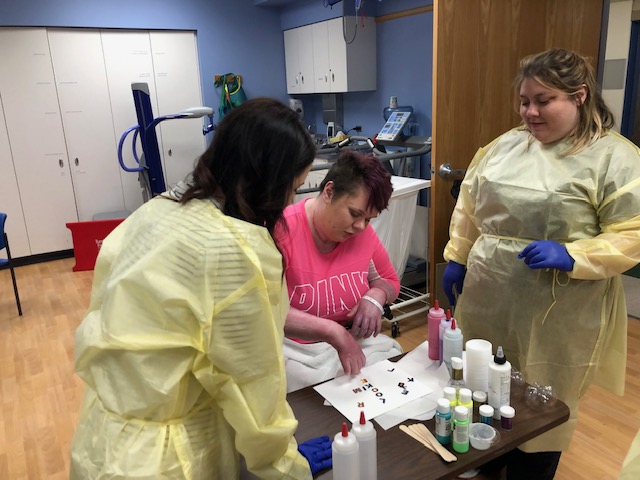 Through it all, doctors and therapists have been inspired by her outlook and her fight to get as strong as possible following a miracle survival.

Locker receives physical, occupational and art therapy while she continues to re-learn how to use her hands.

"One of the things that's impressed me most has been her just positive attitude for everything," said Emily Grabo, an art therapist at Akron Children's.

"Amazing attitude," said Dr. Catherine Kelly-Langen who specializes in palliative care at the hospital. "Such a bright spirit for someone who had been through so much already." 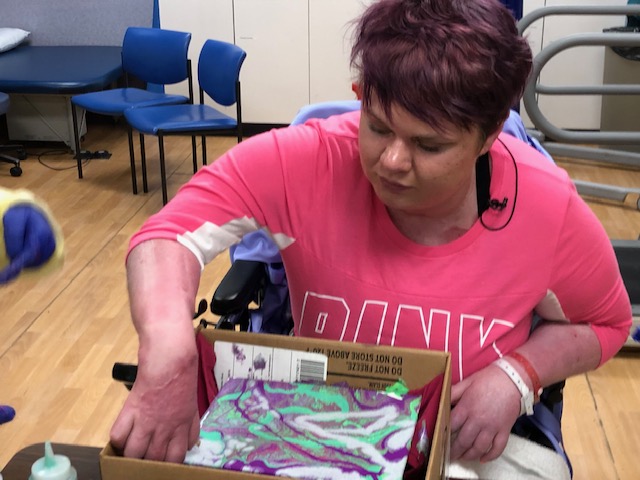 'Get better, not bitter'
Ericksen was given four years in prison. Locker feels the sentence is not strong enough, but she refuses to let anger consume her.

Locker has big plans, including pursuing a goal she had before the accident -- going to school and possibly becoming a paramedic. She would also like to be a public speaker for Mothers Against Drunk Drivers.

Eventually, she will get prosthetic legs, and she has no doubt she will walk again.

Sixteen months after crash that changed her life, Locker is finally close to finishing that fateful drive home and returning to her parents' farm. A recent addition to their home gives her wheelchair-accessible rooms. Hanging from one of the walls is a sign that reads, "Never give up on your dreams."

It's an expression especially fitting for a woman who has inspired so many along her difficult journey.

"Just keep trying," Locker said. "You never know when it's the end until you've tried."