Akron Children's Hospital, Stark State College partner up to get people back to school 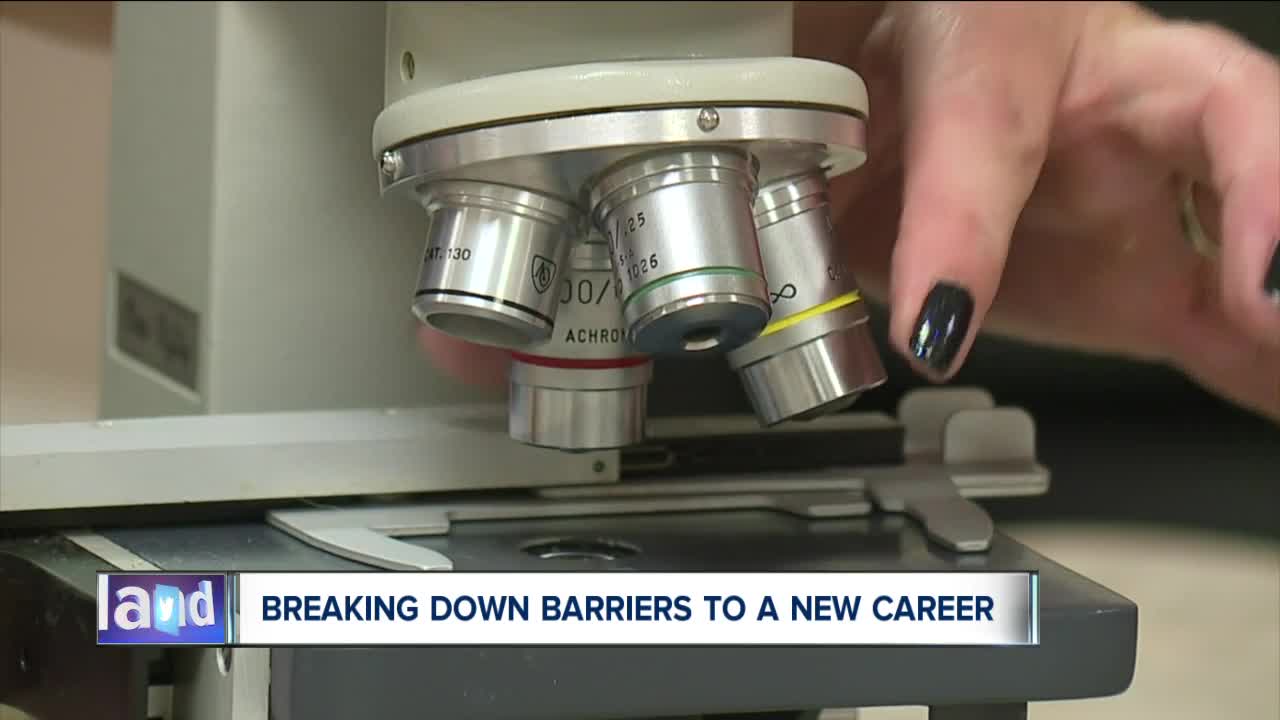 A new program in Northeast Ohio aims to help people advance their education at no cost to them and help them get around any obstacles standing in their way. 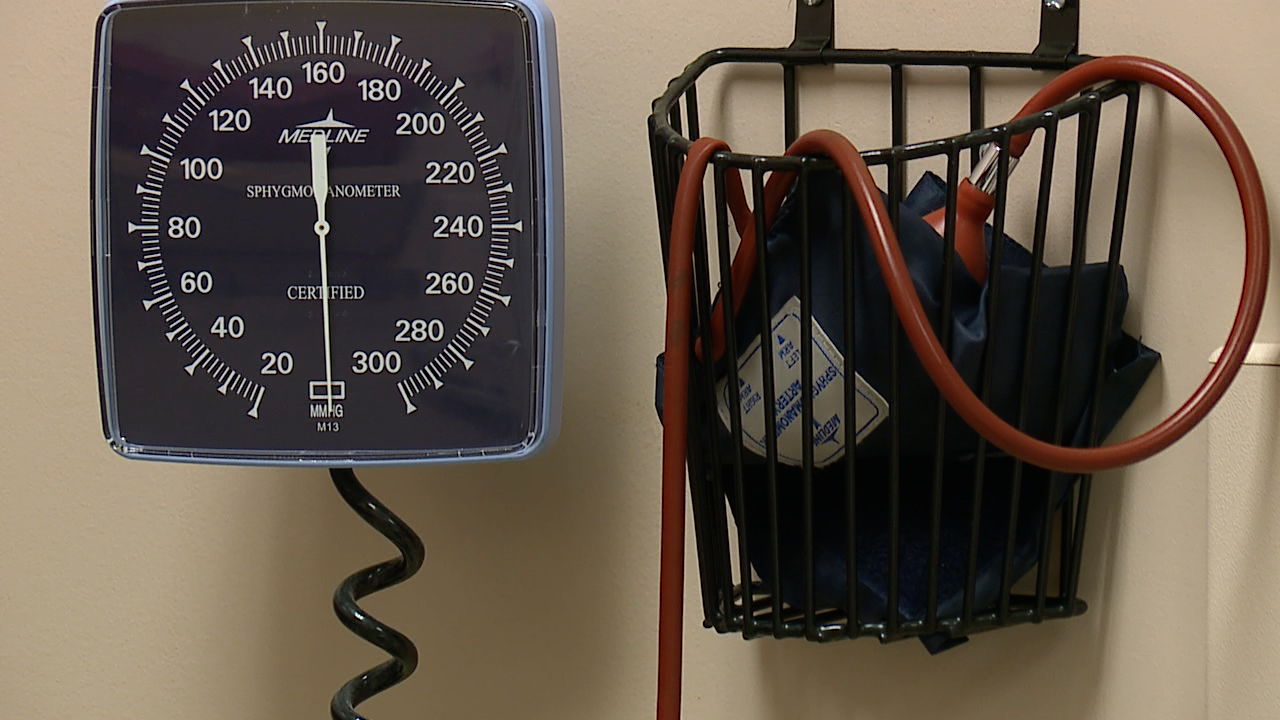 AKRON, Ohio — A new program in Northeast Ohio aims to help people advance their education at no cost to them and help them get around any obstacles standing in their way.

Ashley Broadnax of Akron has worked in food service at Children’s Hospital for two years. From stocking the kitchen to preparing food for patients, her days can be busy.

Broadnax said she was excited when she learned about the Career Launch program now available to employees at the hospital. The program is more than just tuition reimbursement, which the hospital already offers to its employees. The hospital will pay Stark State College directly for employees or community members to go through the programs for those four positions.

Broadnax, who transferred to Stark State from the University of Akron and completed her prerequisite courses, hopes to get her LPN certificate and eventually become an RN. She said she would like to become a NICU nurse one day and thinks the program could help her reach that goal.

“This is like a great stepping stone,” Broadnax said. “It’s a great incentive, you know. I do love my job. This makes it that much greater. This makes me want to, even more, stay here and work with the children. I love children.”

While the hospital will pay for student's tuition, Rhonda Larimore, the chief human resources officer at the Children’s Hospital, said the program is much more than that.

“It is about removing the barriers to college,” Larimore said.

Larimore said that her department had brainstormed how to help employees further their education, while also helping people in the community who are underemployed or unemployed return to the workforce.

The hospital’s tuition reimbursement “doesn’t necessarily always cover the full cost of a program, so it may result in somebody not completing in the time frame that they could,” Larimore said, noting that often people will enroll in college but be unable to complete their education for a variety of reasons.

“The goal of this program is to remove those reasons,” Larimore said. “It could be that they don’t have transportation to get to class, or a single mom who doesn’t have childcare, or someone that doesn’t have a laptop or a computer to do their homework on.”

The program would pay for those things, too. Graduates of the program would get a job at Children’s Hospital and commit to working there for two years, in most instances.

“There’s a difference between an individual who decided to complete the program and just go work somewhere else with no real reason, versus that community member or employee that we’re working with them to try to remove the barriers,” Larimore said. “[If] they can’t complete it right now, we can help them stop now, start later, but if it just doesn’t work out because their situation is too much to overcome, we’re not going to go back and put them in a situation that may be even worse.”

Larimore said there was a need for these “entry-level, technical clinical positions” at Children’s Hospital and that the hospital hoped to get people into those positions. Eventually, she said, they could move to higher-level positions through the regular tuition reimbursement program.

While people in the greater Akron community would take classes at Stark State’s main campus in North Canton or its Akron campus, Larimore said the hospital would also partner with Cuyahoga Community College for the EEG technician program, which Stark State doesn’t offer. She also said they hoped to partner with schools in the Mahoning Valley for the hospital Children’s has in that area.

Larimore said the number of students the hospital would choose for the program isn’t set in stone. Initially, the plan was for about 12 students to start, but with a lot of interest already, that number could be 20 to start and then change in the future.

For community members who aren’t yet employees of Children’s Hospital, Larimore said, the hospital would offer employment, from as little as eight hours a week depending on the individual’s situation.

Interested employees or prospective students would go through an application process and then interview in their area of interest, including a day of job shadowing.

Students in this program would spend time in a classroom in addition to completing a clinical practicum at the hospital, Jones said.

“They spend a lot of time in our laboratories on campus, where they get hands-on training in what they will do as medical assistants, licensed practical nurses, and respiratory therapists,” Jones said.

She described the program as a “perfect marriage.”

“People who are already employed at Children’s, a lot of them in very entry-level positions—housekeeping, medical or patient transport, cafeteria food service—people who are really interested in moving up educationally and careerwise with Children’s,” Jones said. “It allows those people to continue working at Children’s and enroll in our courses here at Stark State.”

In addition to the hospital helping students pay for transportation, childcare and other needed services, Jones said Stark State would help with educational support, such as tutoring.

“It’s really a very comprehensive program that will meet the needs of students wherever they are,” Jones said.

The first students chosen for the program could begin August 26, when Stark State’s fall semester starts.

“The ultimate beneficiaries are the patients and the community, because we all know Akron Children’s is a fantastic medical facility,” Jones said. “All of us want a wonderful children’s hospital in the region. We have that, and this is an investment in quality people.”