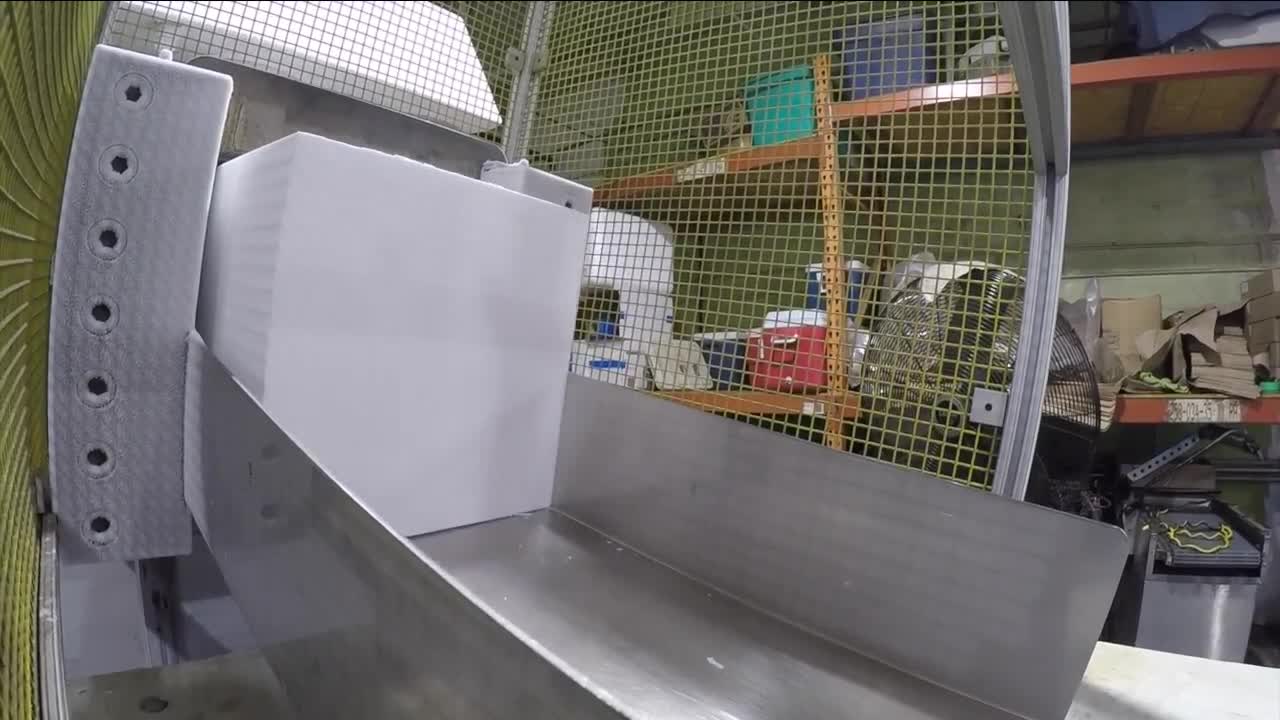 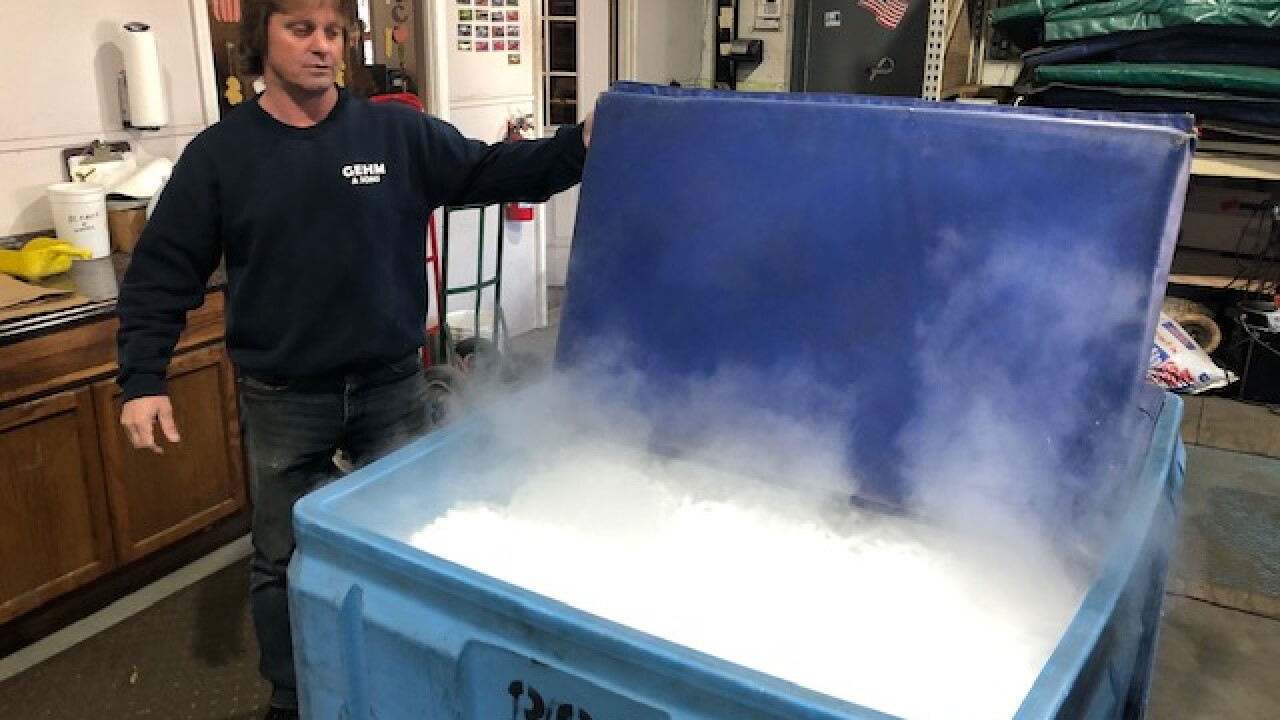 AKRON, Ohio — Gehm and Sons is an Akron-based company with a cool past, hoping its very cold product will help provide a brighter future for Ohioans growing increasingly weary from the COVID-19 pandemic.

"We went from a horse-and-buggy shop in the early 1900s to a carbonic gas distribution company. In the mid-'40s, we went to dry ice," said co-owner, Harry Gehm.

The company makes about six million pounds of dry ice each year, utilizing carbon dioxide and a block press to make 55-pound cubes. A pellet press slices the blocks into smaller chunks, which are then stored in boxes that can hold about 1,200 pounds of dry ice pellets.

The company has recently received about 15 calls from hospitals, stores like Giant Eagle, and the Ohio Department of Health ready to place large orders of dry ice in order to effectively store vaccine vials.

"When these hospitals get it (the vaccine), they're going to need dry ice within a matter of days, so they have to be set up way ahead of time so they are ready to receive a shipment," he said.

The business was informed that ODH was preparing to order 15,000 pounds of dry ice per week.

"They're asking for between 25 to 50 pounds per container. I don't know how many vials are in each container, but that's what they're requesting," Gehm said.

Gehm believes his company is the only Ohio manufacturer of dry ice, and for that reason, he feels the order calls will keep rolling in.

"I'm imagining it's going to last for a few months especially when they said these vaccines are a double dose, so that means it's going to take twice the time," he said.

Rachel Feeley, a spokesperson for the Ohio Department of Health, expects the orders will begin around December 1, and the dry ice will be used for the Pfizer vaccine when repackaging and transporting to providers throughout Ohio.

Feeley said ODH is waiting for information from the Centers for Disease Control and Prevention to determine when the vaccine will be available for distribution.

The weekly cost for the dry ice will be $1,162 per week and will be funded with CARES funding, Feely explained.

Gehm said he's glad his company with a rich history will play a role in protecting the critical vaccine for residents.