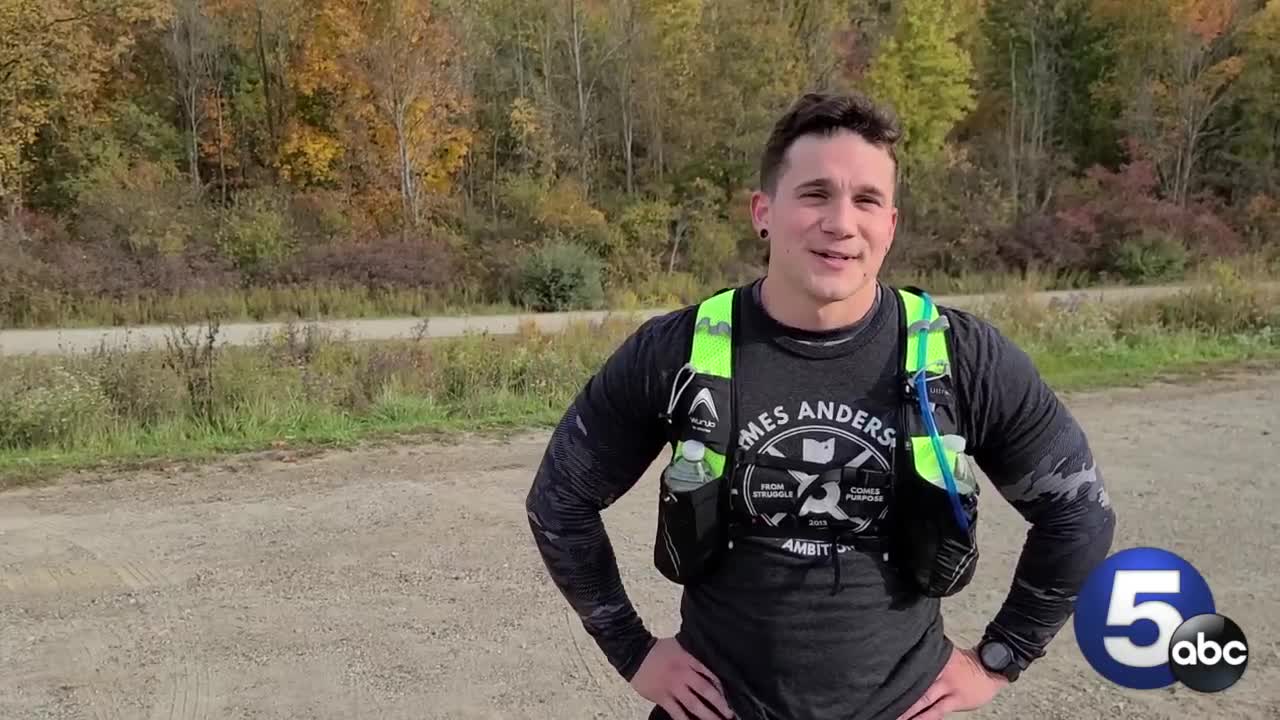 A year after last speaking to him and sharing his journey to recovery, an Akron man who has used his past addiction to better his life and the lives of others around him found a unique and daunting way to continue spreading the message of sobriety. 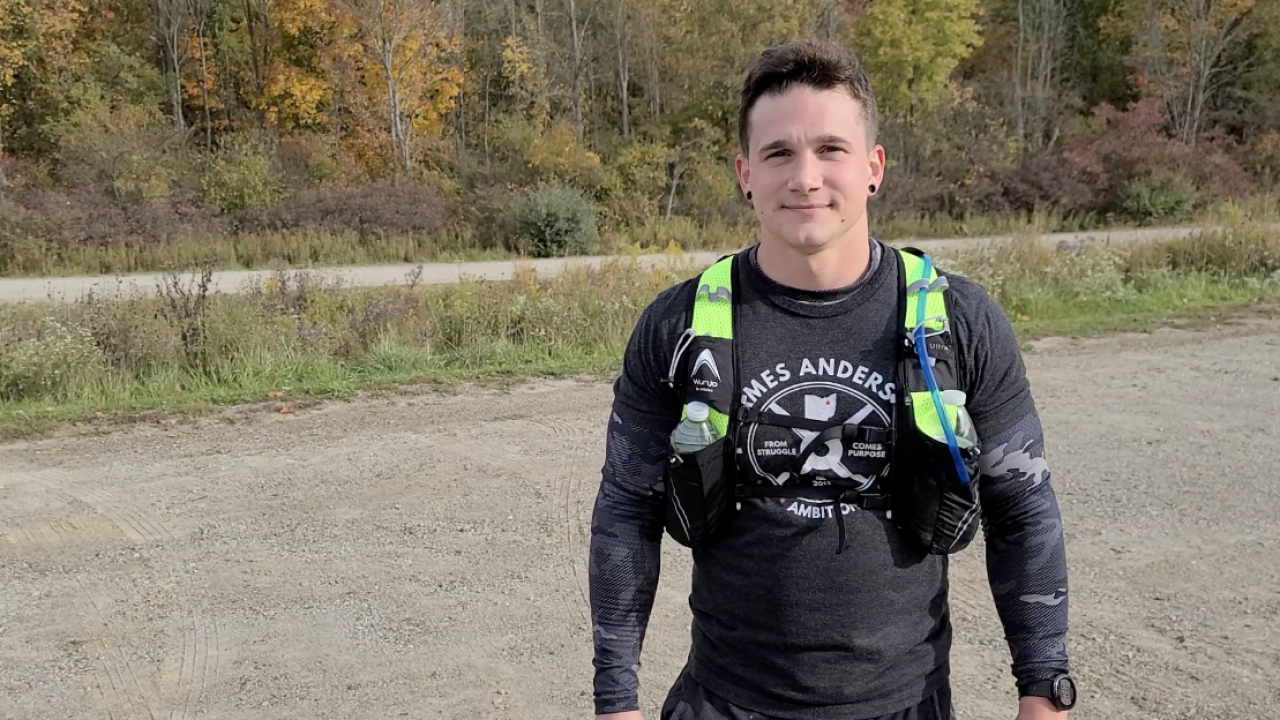 AKRON, Ohio — A year after we first chronicled his journey to recovery, an Akron man who is working to better his life and the lives of others took on a unique and daunting way to continue spreading the message of sobriety.

About James
James Anderson was 16 when he began abusing drugs. What started off as teenage drinking quickly progressed to the abuse of prescription pills and opioids. Not long after, Anderson found heroin, which he began abusing off and on for several years.

In the time he was using drugs, Anderson was in and out of prison, overdosed multiple times and found himself homeless and jobless. Once he found recovery, Anderson dove into bodybuilding and fitness, instructing others using the skills he learned in his recovery journey.

Last year, Anderson talked about his tradition of traveling the world and doing things to push him physically and mentally, like climbing Mt. Kilimanjaro or traveling to the Arctic Circle to see the Northern Lights to celebrate six years of sobriety.

Celebrating seven years
This year for his seven-year anniversary, however, the COVID-19 pandemic hindered Anderson’s traditional adventuring. He still wanted to push himself while inspiring others that recovery is possible, so he decided to run his own ultramarathon—trekking 50 miles across Akron-area trails.

Anderson, who has climbed mountains and trained Muay Thai with a UFC World Champion, said the ultramarathon was one of the hardest things he’s ever done.

“I am not a runner by any means, so for me to do this was quite a challenge, but that’s why I’m doing it. I try to pick new things that challenge me in new ways,” Anderson said.

To help prepare him for the task, Anderson’s longtime friend and runner PJ Camargo tagged along for the run, pushing him the entire 50 miles.

“Just self-investing and always pushing ourselves towards the next stage of evolving ourselves. It comes with hard work and chasing the challenge and not waiting on the challenge,” Camargo said.

Like Anderson does when he’s training others in the gym, he and Camargo believe that the lessons learned during a long-distance run can be instructive for life.

“It really helps you to be in control of your thoughts because there’s going to come times where you think, ‘No way this is possible,’ and the next mile you’re like ‘Okay, this is possible!’ so there’s a lot of lessons in this,” Camargo said.

Anderson and Camargo began the 50-mile run at 5 a.m., starting at Memorial Parkway Trailhead in Akron, heading into Peninsula and back again.

The finish line
Just in time for the last stretch of the run, Anderson was met by supporters and his clients at the gym, who showed up with signs to cheer him on. After about 16 hours of muscle cramps, exhaustion, foot pain and struggles, Anderson crossed his finish line.

While the run was a personal accomplishment for him on the seven-year anniversary of his sobriety, Anderson carried an important message with him the entire 50 miles.

“We do recover,” Anderson said. “If you have struggled and you’re clean now, the sky's the limit, and if you’re still struggling, I know what it’s like. It’s tough, but it gets so much better. You can do anything you want as long as you seek the help that you need, get everything together, clean up and keep putting one foot in front of the other.”

To learn more about Anderson's mission to improve the lives of others, click here.

RELATED: From addict to athlete — Akron personal trainer uses his experience with addiction to inspire others