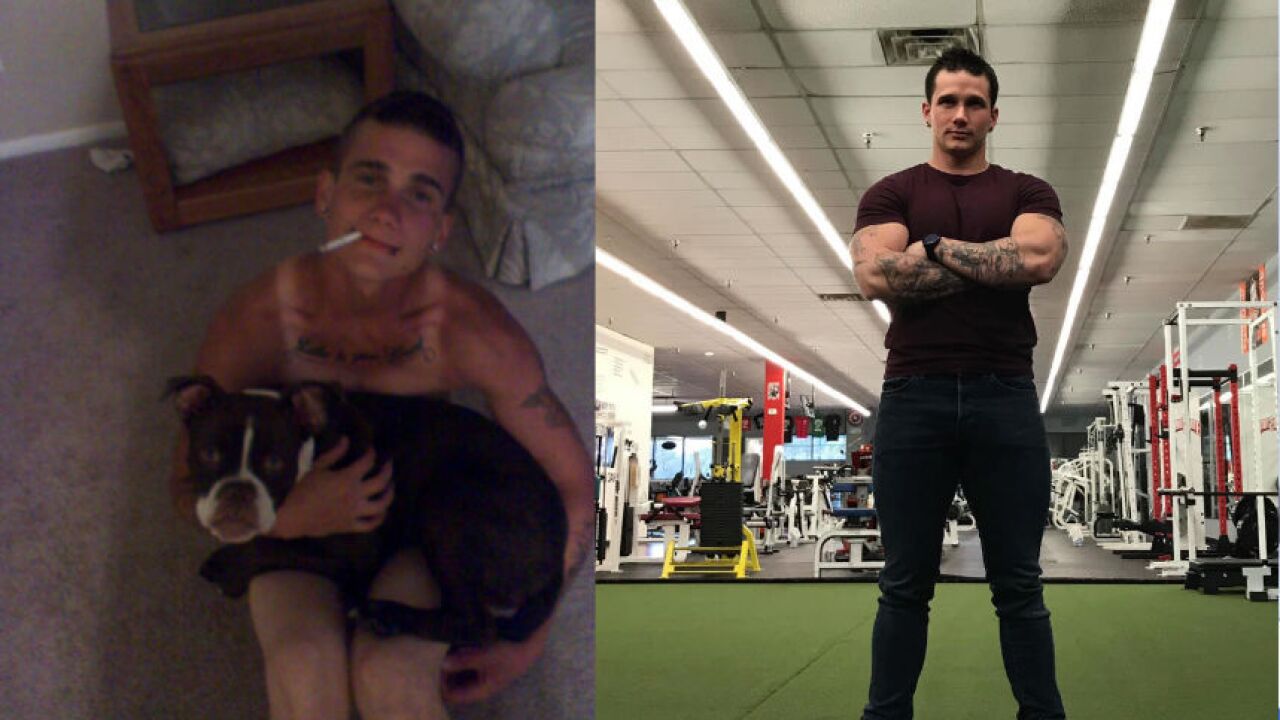 AKRON, Ohio — In the midst of the opioid epidemic ravaging Northeast Ohio, an Akron man is using his past addiction to better his life—and the lives of others around him.

James Anderson was 16 when he began abusing drugs. What started off as teenage drinking quickly progressed to the abuse of prescription pills and opioids. Not long after, Anderson found heroin which he began abusing off and on for several years.

“There were spurts where I was in an out of jail because of my substance abuse,” Anderson said.

In 2011, Anderson went to prison for a year and a half, where he was able to get clean. Unfortunately, Anderson’s sobriety didn’t last and he went back to the drugs that controlled his life before. During the time Anderson was using, he overdosed twice.

“I was completely controlled by the drugs,” Anderson said. “I felt like I had more freedom when I was in prison than I did when I was out.”

Getting sober
Anderson had a normal family life. There was no profound trauma that could explain why he turned to drugs. He was just a typical teen in Northeast Ohio, but the opioid epidemic found him anyway.

Homeless and jobless, Anderson, in a moment of self-realization, began questioning how he got to such a low point. His confidence and self-esteem were low but he was tired of his addiction controlling his life, so he reached out and got himself help.

Nearly 10 years of struggling with his addiction, Anderson entered rehab where he went through detox, found recovery meetings—and found fitness.

“I started hammering meetings the day I got out and never looked back,” Anderson said.

Finding fitness
To stay busy in prison, and rehab, Anderson lifted weights. It kept his mind off of his desire to do drugs and gave him motivation for his future. So after getting out of rehab, Anderson dedicated his life to the new, healthier path of physical fitness.

Anderson was able to find unique ways to lift and workout while he worked to afford a gym membership. Two months after leaving rehab, Anderson found a gym and began his new life journey—bodybuilding and personal training.

Within the first year of bodybuilding, Anderson entered his first bodybuilding competition in Canton and won. His success escalated. He won first place in the Mr. Ohio bodybuilding championship and qualified at the national level where he was the runner up at the NPC Universe championship.

Anderson’s path shifted after he was forced to undergo shoulder surgery. Recovering from the procedure, Anderson only took ibuprofen to handle the pain, avoiding the opioids that once controlled his life. Rather than bodybuilding, Anderson began running in marathons and races.

“For me, it was a new challenge, something different to throw myself into and challenge myself in a new way,” Anderson said. “The addictive nature is always going to be a part of me. Some people will try to suppress their addictive nature but I saw it as more of a positive. I felt like if I could just shift it from one direction to another I could use it to fuel a more successful life.”

Helping others
Anderson saw a better life for himself, but because of his felony background, Anderson knew that to live the life he wanted he would have to make it happen himself. He read countless books on personal training and business, got his certification and began his self-run business James Anderson Ambition.

For the past three years, Anderson has been changing the lives of people in the Akron area, mind body and spirit. He helps his clients lose weight, teaching better ways to eat, workout routines and helping them change their mentalities by using his personal experiences.

“The way I see it, eating unhealthily and overeating are similar to addiction for many people,” Anderson said. “I use my experience with my recovery to help people with their progress. It’s not just healthy food and exercise. I help people find self-control and change the way they think and help them build better character traits.”

In addition to his personal training, Anderson also sponsors three addicts, helping them remain on the path of sobriety.

A new life
The opioid epidemic has touched nearly every person in Northeast Ohio in some way. Those struggling might see Anderson as a beacon of hope and an inspiration to find recovery.

Anderson has turned his life around completely.

With a successful self-run business, Anderson has done things he always dreamed of but never imagined would actually happen.

Anderson travels the world with his new fiancee, Morgan, and celebrates his sobriety by living his life, a life that could have easily been cut short from the opioids, to the fullest. He and his fiancee have traveled to Italy, Germany, Thailand, Africa, Switzerland, France and Norway.

On each trip, Anderson pays homage to his decision to push himself to find sobriety by doing something that challenges him in a new way. From training Muay Thai with a UFC World Champion to climbing Mt. Kilimanjaro, Anderson lives his new life with no boundaries. He recently celebrated six years clean and sober and visited the Arctic Circle to see the Northern Lights to celebrate.

For those struggling
Anderson wants people struggling with addiction to know there is another way to live.

“There’s so much more available if you are willing to do the work. Reach out, ask for help and take the help,” Anderson said. “I wasn’t supposed to spend my life on some side street, dope sick and waiting for a drug dealer. I knew that and I want you to know that. The sky is the limit.”